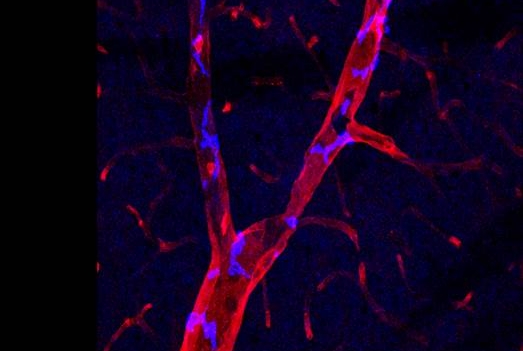 High blood pressure transforms cells of the immune system that reside around cerebral blood vessels and normally protect the brain into agents of cognitive decline, according to new research from Weill Cornell Medicine scientists.

A cellular-level understanding of hypertension’s effect on the brain has previously eluded researchers and presented a stumbling block in the development of innovative treatments for patients who are in the early stages of vascular cognitive impairment, a form of mental decline that occurs as a result of impaired blood flow to the brain. Now, in their study, published Nov. 14 in the Journal of Clinical Investigation, researchers have successfully isolated the molecular pathways by which hypertension causes immune cells known as perivascular macrophages (PVMs) to undermine the proper delivery of blood to different parts of the brain in response to its moment-to-moment needs.

“We show for the first time that PVMs can be implicated in the deleterious effects of hypertension on the brain,” said Dr. Giuseppe Faraco, an assistant professor of neuroscience in the Feil Family Brain and Mind Research Institute at Weill Cornell Medicine and lead author of the study. “Specifically, we demonstrate the damaging effects of PVMs on cerebral blood vessels.”

“Perivascular macrophages are critical for activating the immune response during infection and maintaining brain integrity,” said senior author Dr. Costantino Iadecola, director of the Feil Family Brain and Mind Research Institute and the Anne Parrish Titzell Professor of Neurology at Weill Cornell Medicine. “But they present a dichotomy: With hypertension, if the PVMs aren’t working properly, they can prevent the brain from receiving sufficient blood, thereby increasing the risk of stroke and dementia, as well as Alzheimer’s disease.” 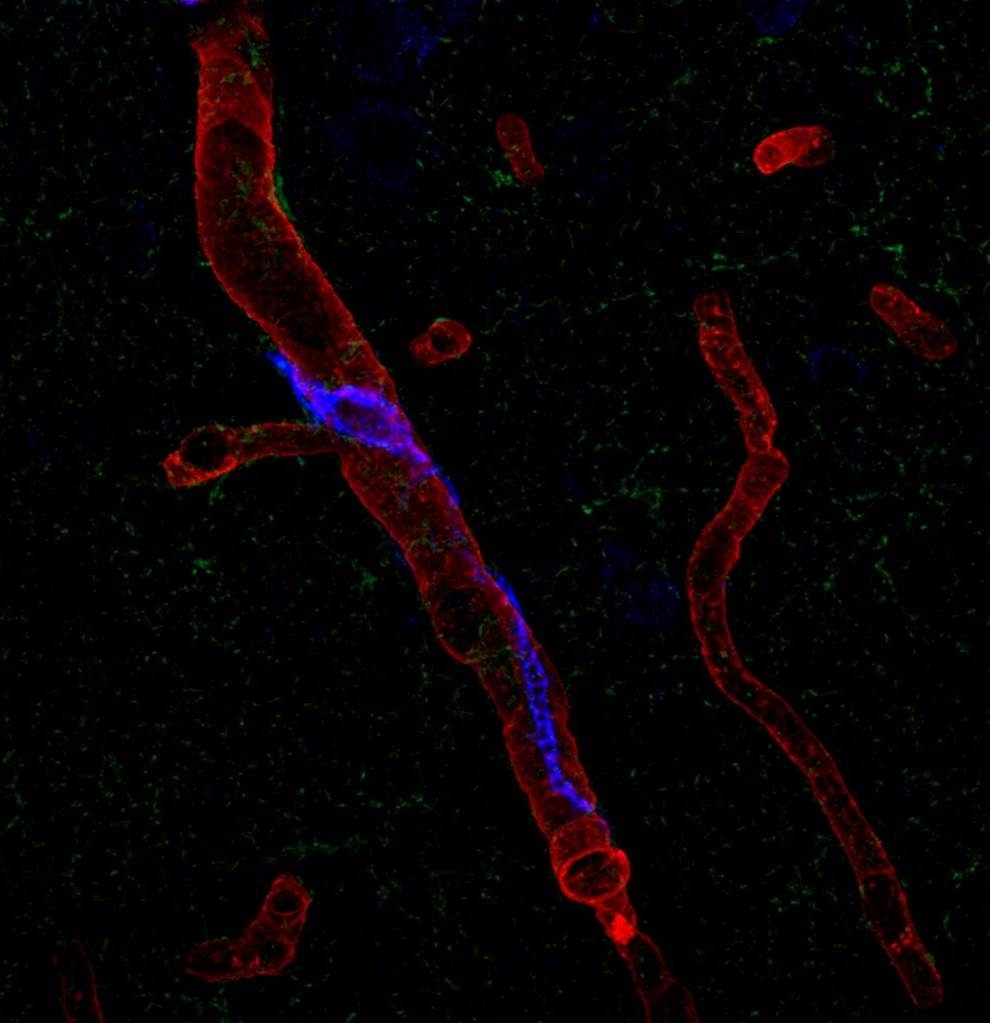 Perivascular macrophages are types of white blood cells that, as part of the immune system, kill bacteria and remove cell debris, and reside in the tissue of a number of organs including skin and the brain. Dr. Iadecola’s team sought to confirm a link between PVMs located in the brain-tissue side of the blood-brain barrier -- a barricade of cells that separates blood vessels from brain tissue -- and a blood-circulating hormone called angiotensin, which is implicated in human hypertension. Angiotensin is known to impair both blood vessel dilation and the delivery of blood to stimulated areas of the brain, which over time leads to neuronal dysfunction and cognitive decline. But the mechanism of angiotensin’s activity has been unknown.

Using miniature infusion pumps attached to mice, researchers administered chemically tagged angiotensin hormones into the circulating plasma. With an electron microscope, they confirmed that the hormone had traversed the blood-brain barrier and engaged with receptors of the PVM.

When angiotensin contacted angiotensin receptors in PVM, it activated an enzyme complex called Nox2 -- a major producer of highly reactive molecules called free radicals that readily incapacitate nearby cells and proteins by changing their chemical structure. “Free radicals are highly reactive. When the free radicals from Nox2 react with nitric oxide, they reduce its availability,” Dr. Faraco said. “This is damaging because nitric oxide is a signaling molecule that is essential to regulate cerebral blood vessel dilation. We believe its decrease leads to dysfunction in blood flow to the brain.”

To confirm the PVM-hypertension connection, the scientists administered a drug that induces brain-tissue PVMs to self-destruct, but otherwise leaves the mice in a healthy state. The researchers then implanted miniature infusion pumps in mice with and without PVMs to slowly deliver angiotensin, inducing hypertension. After two weeks of angiotensin delivery, studies of brain blood flow on the mice revealed that the depletion of PVM in the brain tissue actually saved mice from the neurovascular impairment normally caused by hypertension. The scientists obtained similar results by eliminating the angiotensin receptors or Nox2 from PVM using bone marrow transplantation. Behavioral studies demonstrated that the improvement in blood flow to the brain resulting from PVM depletion improves the cognitive dysfunction caused by hypertension.

While there are effective hypertension treatments that reduce risk for stroke and mortality, fewer options are available for cognitive deficits stemming from hypertension. The researchers say their findings could illuminate a new scientific avenue to pursue treatments for the cognitive impairment caused by hypertension, which also includes Alzheimer’s disease.

“This work builds on other research that points to the role of the immune system in the pathogenesis of hypertension,” Dr. Faraco noted. “How and when immune cells such as perivascular macrophages are activated is an area that could be explored for possible hypertension and cognitive impairment therapies.”

“One path for future therapy could involve manipulating macrophages that originate in blood marrow and migrate into the brain,” said Dr. Iadecola. “The goal would be to modify perivascular macrophages so that they can function in hypertensive settings without damaging brain cognition.”