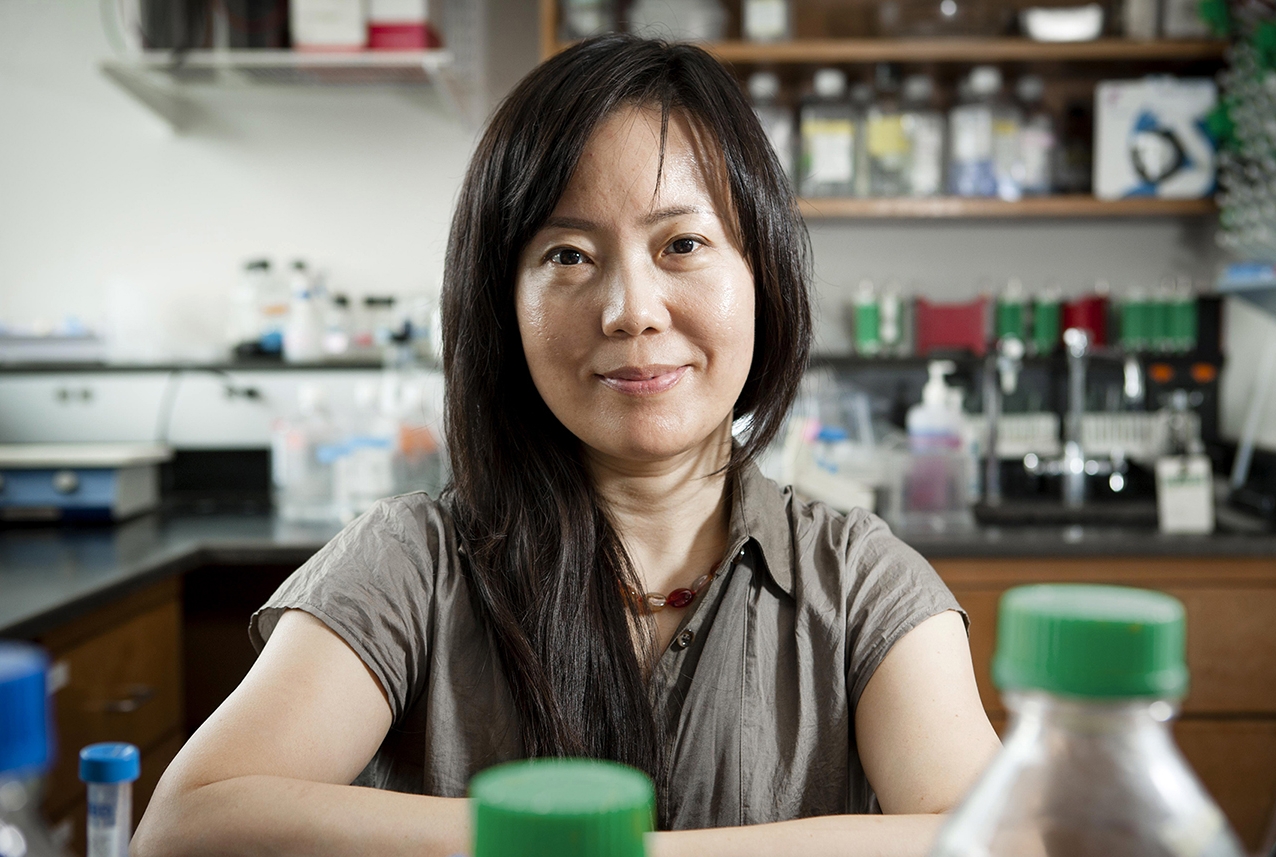 Scientists have identified a critical function of a protein that is a frequent indicator of cancer when the protein is in its mutated state.The protein, PTEN, protects the process by which cells divide, a finding that could help lead to therapies that prevent tumor growth.

The study, published Aug. 5 in Nature Communications, examines what happens to the human genome when PTEN (Phosphatase and tensin homolog) in cells is lost. During the genomic segregation process known as mitosis, chromosomes containing duplicated genetic information separate equally into two daughter cells."We've identified a biomarker for cancer patients, especially for patients who carry PTEN mutations," said lead author Dr. Wen Shen, an assistant professor of cell biology in radiation oncology and member of the Sandra and Edward Meyer Cancer Center at Weill Cornell Medicine. "By studying the fundamental process of how genes are passed from parental cells to daughter cells, we can better understand the altered signaling pathways that may cause tumor development. We hope that our study can serve to develop a strategy to prevent therapeutic resistance."

To accomplish this successfully, the chromosomes have to be perfectly aligned in the center of the cell prior to segregation. In regular cells, there's a very low rate of misalignment, but without PTEN, the misalignment frequency shoots up to 40 percent. Additionally, chromosomes require a significantly longer time to line up without PTEN, causing segregation failure and cell death.

The study results reveal that PTEN protects the genome and eliminates mitotic errors by suppressing an important motor protein in mitosis, called EG5. Without PTEN, EG5 reels into a hyperactive state, leading to cancer-causing errors throughout mitosis.

Understanding this mechanism may allow scientists to develop therapies that target and control EG5 in the absence of healthy PTEN. This could prevent tumors from forming in patients in whom the PTEN signaling is harmfully altered.

"With advances in sequencing technology, we can identify the specific genetic signature of each patient's tumor, such as PTEN deletion or mutation," Dr. Shen said. "With this information, we could begin designing individualized therapeutic strategies to treat their specific tumor. This is what I hope will ultimately be gained from our research."