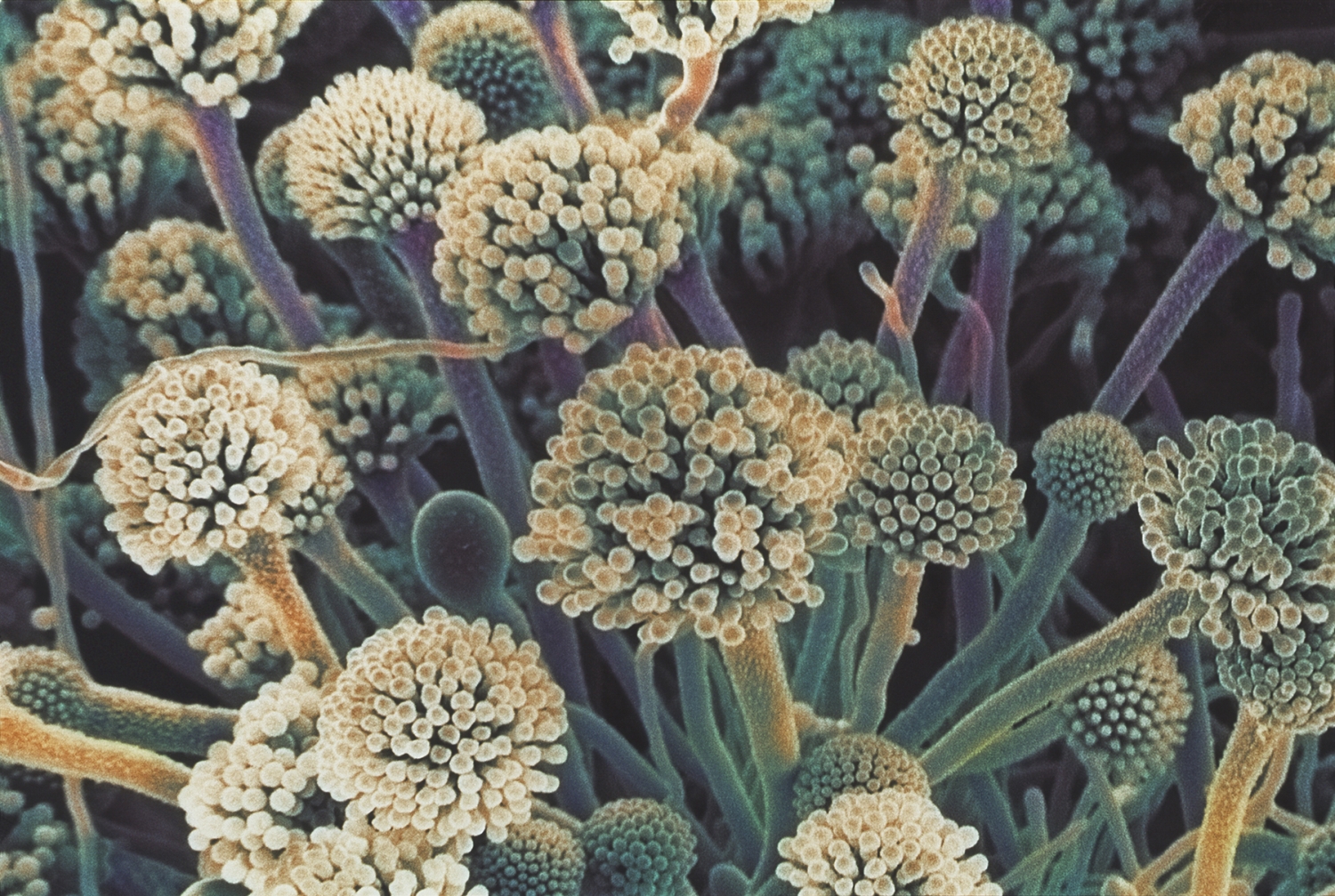 A year into treatment for acute lymphocytic leukemia, young Anna Nikolich was doing well, and her doctors were optimistic. It had been a devastating diagnosis for the Milwaukee girl and her family, but aside from the usual side effects of chemotherapy and radiation, there had been no complications. That changed abruptly one evening, when her father noticed something disturbing. "The whole left side of her body wasn't working," says Aleks Nikolich. "It looked like a stroke — but this was a 6-year-old kid."

Anna was rushed to Children's Hospital of Wisconsin, where her doctors struggled to figure out what had triggered the stroke. Had one of her chemo drugs caused a blood clot? It seemed a likely explanation, but then Anna developed a 103-degree fever, which lasted for more than two weeks. Finally a CT scan revealed the culprit. Her brain was riddled with pus-filled abscesses, the largest the size of an egg. A biopsy revealed that they were caused by Aspergillus, a common mold that, while usually harmless, can be deadly in a cancer patient whose immune system is compromised.

Anna's oncologist recommended removing the infected half of her brain; despite the risks, he believed a hemispherectomy could keep her alive. But before scheduling the surgery, he decided to consult with Dr. Thomas Walsh, who is currently a professor of medicine, pediatrics, and microbiology and immunology at Weill Cornell Medicine (he was then at the National Institutes of Health). The director of the Transplantation-Oncology Infectious Diseases Program in the Division of Infectious Diseases in the Department of Medicine, Dr. Walsh is well known among doctors on the front lines of pediatric cancer and infectious diseases for his pioneering work on fungal infections in immunocompromised children. "When I was in medical school, I saw patients who had bone marrow transplants for leukemia, who were being put into remission and then dying horrible deaths from invasive mycosis [fungal diseases]," remembers Dr. Walsh, sitting at his desk in his office at Weill Cornell Medicine, where he leads a team of lab and clinical researchers in the hunt for new ways to diagnose, treat and prevent fungal infections in immunocompromised patients. "We were seeing sepsis caused by Candida — a yeast — and pulmonary aspergillosis. Imagine developing pneumonia and nothing stops it. Normally our host defense can easily handle these organisms, but once you have cancer, no."

After earning his medical degree at Johns Hopkins in 1978, Dr. Walsh spent a decade doing postdoctoral work there, at the National Cancer Institute in Bethesda, and the University of Maryland, Baltimore. At the time, medical mycology — the study of fungal infection — was considered a minor field. Infectious disease researchers were making breakthroughs in the fight against bacterial infections, with new drugs and combination therapies. "But we had basically one, maybe two antifungal agents," Dr. Walsh says. "And those were not that effective — and very toxic." Meanwhile, prognoses for pediatric cancer were improving. Cancers that were once nearly always fatal could now be cured with new drugs and better therapies. But as more young patients survived cancer, more were dying from opportunistic infections. Dr. Walsh was one of the few doctors to focus specifically on the growing importance of medical mycology for these vulnerable patients. "Mycoses emerged with a vengeance," he says. "In high-risk patients, particularly those with hematological malignancies, easily about 15 or 20 percent would have fungal infections."

For nearly 25 years, Dr. Walsh led a lab in the Pediatric Oncology Branch of the National Cancer Institute outside Washington, D.C. He helped form a consortium of industry, government and academia to investigate the range of available antifungal drugs, discover and test new ones, and figure out how to use them in children — who metabolize medicines faster and are thus not always given an appropriate dose. Eventually, Dr. Walsh and his team helped to develop three new classes of drugs and write guidelines for using them. "It was part of a wonderful series of collaborations that spanned a quarter-century in development," Dr. Walsh says. "Eventually, the outcomes dramatically improved." Invasive Candida infections once had a 50 percent survival rate, Dr. Walsh says. Today, almost all patients survive it. At least four out of five people diagnosed with pulmonary aspergillosis used to die. Now, four out of five may be cured.

In Anna Nikolich's case, Dr. Walsh says, conventional therapy would have offered her only a 10 percent chance of survival. But among children with central nervous system aspergillosis treated with new drugs under the protocols he helped develop, nearly every one has survived. "In the first paper I wrote on that topic, literally everybody had died," Dr. Walsh recalls. "Now it's almost reversed — we're able to save most patients." Anna's family was heartened by those statistics, and when Dr. Walsh advised the team of clinicians caring for her, they began to hope that she could avoid drastic surgery. Operations were still required to selectively remove the abscesses, but Dr. Walsh recommended a course of powerful drugs that eventually killed the fungus, leaving Anna's brain intact while monitoring her response with new molecular tests.

Anna, whom her father describes as "feisty," has made almost a full recovery, and over the years, her family stayed in touch with Dr. Walsh. Recently, more than five years after he helped save her life, Anna and her family traveled to New York; over pizza, she met Dr. Walsh for the first time. "When these doctors consult, they rarely see the patient," Aleks Nikolich says. "So he got very emotional. I think he was very touched by what he had been able to do." Nikolich is just one of many grateful parents whose children have been helped by Dr. Walsh's dedication. "Our clinical and laboratory research team continues its life-saving mission," Dr. Walsh says, "to develop new approaches for the diagnosis, treatment, and prevention of fungal and bacterial pathogens in pediatric and adult patients with cancer."