Neuroscientist Dr. Conor Liston '08 is Making Connections Between the Roots of Autism and Depression 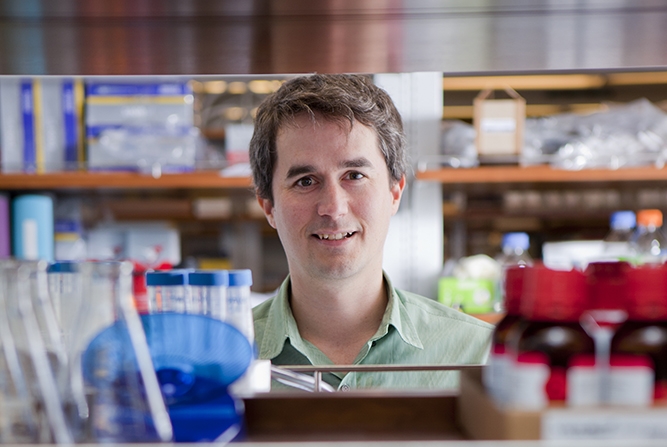 Imagine that a psychiatrist sees two new patients. The first says she's having trouble sleeping, isn't interested in eating, and can't find joy in activities she once loved. The second also reports that he doesn't enjoy the things he once did, but his other symptoms are the opposite of the first patient's: he's having a hard time getting out of bed, can't stop eating, and has gained weight. Eventually, both are diagnosed with depression and started on similar courses of treatment.

Like patients with depression, people who have autism spectrum disorder can also experience varying symptoms that fall under the same diagnosis. While one person with autism might be nonverbal and have an IQ of 30, another might have an IQ 100 points higher and speak cogently — but repeat a lot of what he or she says, obsess about specialized topics like trains or the weather and have trouble connecting with peers. What unites them are deficits in their social interactions, sensory processing, learning and memory, and verbal and non-verbal communication.

This variability in clinical presentation isn't the only similarity between autism and depression. Some of the root causes of both may be similar, says Dr. Conor Liston'08, an assistant professor of neuroscience in the Feil Family Brain and Mind Research Institute — and understanding what drives each condition is key to developing targeted therapies. "For both depression and autism, our long-term goal is to customize treatments rather than taking a one-size-fits-all approach," says Dr. Liston. "We're at the basic science level today, but in the not so distant future, the work we're doing might lead to personalized medicine for neuropsychiatric conditions."

For years, Dr. Liston has focused his studies on how nerve cells within the prefrontal cortex — an area that supports cognition, socialization and emotion recognition — communicate with each other and ultimately drive behavior. He theorizes that when there are misfires within these pathways and neural circuits subsequently fail to reconnect — especially during the transition from adolescence to adulthood — depression and other psychiatric conditions may result. Although autism is often diagnosed in childhood rather than adolescence, it too may link back to problems with connections within communication circuits in the brain, Dr. Liston says.

To test this hypothesis, Dr. Liston will revisit an approach he earlier used to identify subtypes of depression. For that work, which is currently in journal review, he studied more than 700 fMRI brain scans of depressed patients gathered from labs at Cornell, Stanford and Emory universities, and discovered distinct patterns. "We found that patients with depression have abnormal connectivity in circuits throughout different regions of the brain," he says. "Basically, in the depressed brain, the wiring is off." He grouped the scans that looked alike, and noted that they corresponded to patients with similar clinical symptoms. The result is what's called a biomarker: a measurable variable — in this case abnormal brain circuitry — that's tied to the same disease process. Ultimately, doctors might be able to discern from a brain scan whether a patient suffers from depression, what sub-type it is, how it might present clinically — and the optimal way to treat it. "Right now, some antidepressants only work in one-third of the people who take them," Dr. Liston notes. "We can do better."

Dr. Liston points out that this work is so challenging — and so important — in part because science still knows relatively little about how the brain works. But new technologies are giving researchers unprecedented insights into its processes, potentially offering great leaps in understanding about neuropsychiatric diseases and how to treat them. To describe the current state of knowledge, Dr. Liston offers an analogy to a computer. The brain's physical structure is the hardware, and when something goes wrong — like the development of a tumor — it's easily detectible on an MRI. But "software" problems are a different matter. "In a person with depression, you can't look at their brain and see anything structurally abnormal about it," Dr. Liston says. "There's something about the software — or the computations being performed by the brain — that is causing a problem."

For his new work on autism, Dr. Liston will use funding from his recent Hartwell Foundation Individual Biomedical Research Award, a grant of $300,000 over three years. His data set: brain scans and clinical information from 1,000 kids with autism, which affects an estimated one in 68 children in the United States. Because he typically studies adolescence and young adulthood, he'll focus on scans from patients aged 10 to 16, scrutinizing them for atypical patterns in neural connectivity within the prefrontal cortex. From there, as in the depression study, he'll try to link the atypical connectivity patterns to specific symptoms. Given the diversity of how autism presents, it's no small task; Dr. Liston predicts the project will require the entire three-year Hartwell Award term. "Once we've identified subtypes of these disorders, we can try to figure out what's going wrong in patients' brain circuits, what molecules are causing these wiring mistakes, and what drugs might be used to rewire them in a more functional way," Dr. Liston says. "With better tools, drugs and interventions, we'll hopefully reach the end goal: to improve each patient's quality of life."