A Half-Century of Outstanding Service 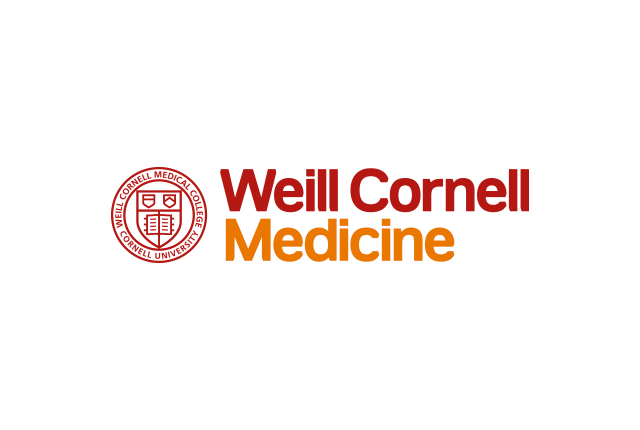 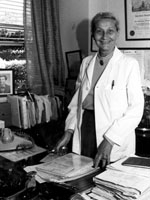 
Her mother attended medical school for several years, but dreams of becoming a physician were abandoned after marriage. Dr. Lila Wallis, known by many as "the godmother of the Women's Health Movement," would embrace a different path from her mom, pursuing a career once deemed appropriate for males only.

Dr. Lila Walls graduated from medical school in 1951—a time when women comprised only about 10 percent of the class. Today, at Weill Cornell Medical College, where Dr. Wallis is clinical professor of medicine, nearly half of the class are women.

"When I first came to Cornell as in intern in 1951, the culture of the Medical Center was that of a 'Men's Club' with a benevolent, but paternalistic, attitude toward women physicians. Women residents were few and handpicked. You were accepted to a point—as long as you 'behaved.' You had to be grateful for having been picked, i.e., you had to conform and excel, and, generally, be twice as good as men in the same position," Dr. Wallis said.

Dr. Wallis, born Lila Amdurska in Grodno, Poland, in 1921, immigrated to the United States after World War II. Although her medical and scientific studies at the University of Stefan Batory in Wilno, Poland were interrupted by the German invasion and occupation, in the years to follow, she would be regarded as a true medical pioneer and an internationally recognized authority on menopause, estrogen replacement therapy, and osteoporosis. She is credited with bringing women's health issues to the forefront of medicine and is the only physician, male or female, to acquire triple board certifications in internal medicine, hematology, endocrinology and metabolism.

Even when the idea seemed "radical" or "non-conformist" to some, in 1979, Dr. Wallis, along with two of her colleagues from the feminist Boston Women's Health Book Collective, developed the Teaching Associates Program at The New York Hospital-Cornell Medical Center, which became a national model whereby well-trained teaching associates (non-medical women) taught medical students, residents and other health professionals about breast, genital and rectal exam etiquette. Dr. Wallis and her colleagues developed the model after countless female clinic patients complained about crude, insensitive and painful pelvic exams, which often allowed medical students to grope around aimlessly in a patient's vagina. The program, which has since become an accepted model in the majority of medical schools in the United States and Canada, was directed by Dr. Wallis for 11 years.

"No new ideas were expected from you. As a matter of fact, any new ideas from you were suspect and evoked raised eyebrows," Dr. Wallis said.

In fact, when Dr. Wallis first proposed the new method for teaching medical students, there was a great deal of resistance from the faculty: "Vicious letters were sent to the dean condemning the project. 'Non-physicians to teach future physicians? Dangerous! Scandalous! And who were these women, anyway? Lesbians?' Fortunately, the dean and the department chairmen of medicine and gynecology approved trying out the project, and eventually the TA Program became the most appreciated program by the medical students and the model for other medical schools," said Dr. Wallis.

In 1987, to commemorate her numerous achievements, Cornell University Medical College and patients of Dr. Wallis established The Lila Wallis Visiting Professorship in Women's Health at Cornell—the first such visiting professorship in women's health in the United States. 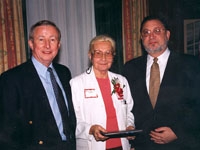 Dr. Wallis celebrates 50 years of service at the Medical College.

Dr. Wallis is founder of the Cornell Office of Women in Medicine, and founder and first president of the National Council of Women in Medicine. She is a former president of the American Medical Women's Association (AMWA), and in 1990, received AMWA's highest award, the Elizabeth Blackwell Medal, in recognition of her contributions to women's health. She is a past recipient of the Georgeanna Seegar Jones Lifetime Achievement Award from the Society for Advancement of Women's Health Research, the Warner-Lambert Company and the National Health Council.

In 1994, she received the Woman of the Century Award in Women's Health from the Women's Medical Association of New York City. In 1996, Dr. Wallis was elevated to Mastership in the American College of Physicians (ACP), and a year later, she received the ACP's prestigious Laureate Award.

The Lila A. Wallis Women's Health Award was established in 1998 by the American Medical Women's Association. This award is given to an individual, female or male, physician or non-physician, whose "lifetime achievements, accomplishments, motivations, mentorship, energy and enthusiasm for women's health care, education and research reflects the trailblazing achievements and influence in women's health exemplified by Dr. Wallis."

This past May, Dr. Wallis became the recipient of the Dr. Virginia Kneeland Frantz Distinguished Woman in Medicine Award, which she received from her alma mater, Columbia University College of Physicians and Surgeons.

With her extensive list of well-deserved awards and honors, Dr. Wallis, without hesitation, credits the late Polish scientist, Maria Sklodowska-Curie, her mom, and her experience during World War II for influencing her decision to pursue a career in medicine.

"My earliest role model was my countrywoman Maria Sklodowska-Curie. Her scientific curiosity and persistence against great odds in discovering the secrets of radiation and the atom appealed to me. I felt that pursuing scientific truth was the highest calling," said Dr. Wallis.

She continues, "My mother supported me in my choices in every way. Her career in medicine was cut short by marriage to my father, who did not believe in a woman's role outside the home. My mother (however) encouraged my interests and my resolution to be 'my own woman.' Her tragic death in her early '50s was due to ignorance of physicians at that time concerning women's health. She was on unopposed estrogen and died of endometrial cancer. She lived only a day past holding my M.D. degree from Columbia P&S in 1951.

"During the war, although only a medical student, I provided medical care to an isolated population in rural Poland while serving in the underground. This experience, along with my interest in science added to my resolve to pursue medicine as a lifetime occupation. And I have never regretted it," said Dr. Wallis.

Dr. Wallis is author of more than 70 publications and several books on hematology, endocrinology and women's health issues. She served as editor-in-chief of the "Textbook of Women's Health," a 1,044-page volume published in 1997. She has lectured extensively throughout the United States, Belgium, China, India and Pakistan. She is married to Dr. Benedict Wallis and is the mother of two children, both of whom are physicians, and is also a grandmother.

Today, Dr. Wallis continues to direct NewYork Weill Cornell's "Update Your Medicine" program, the continuing medical education program for physicians, which she created 28 years ago in 1974.