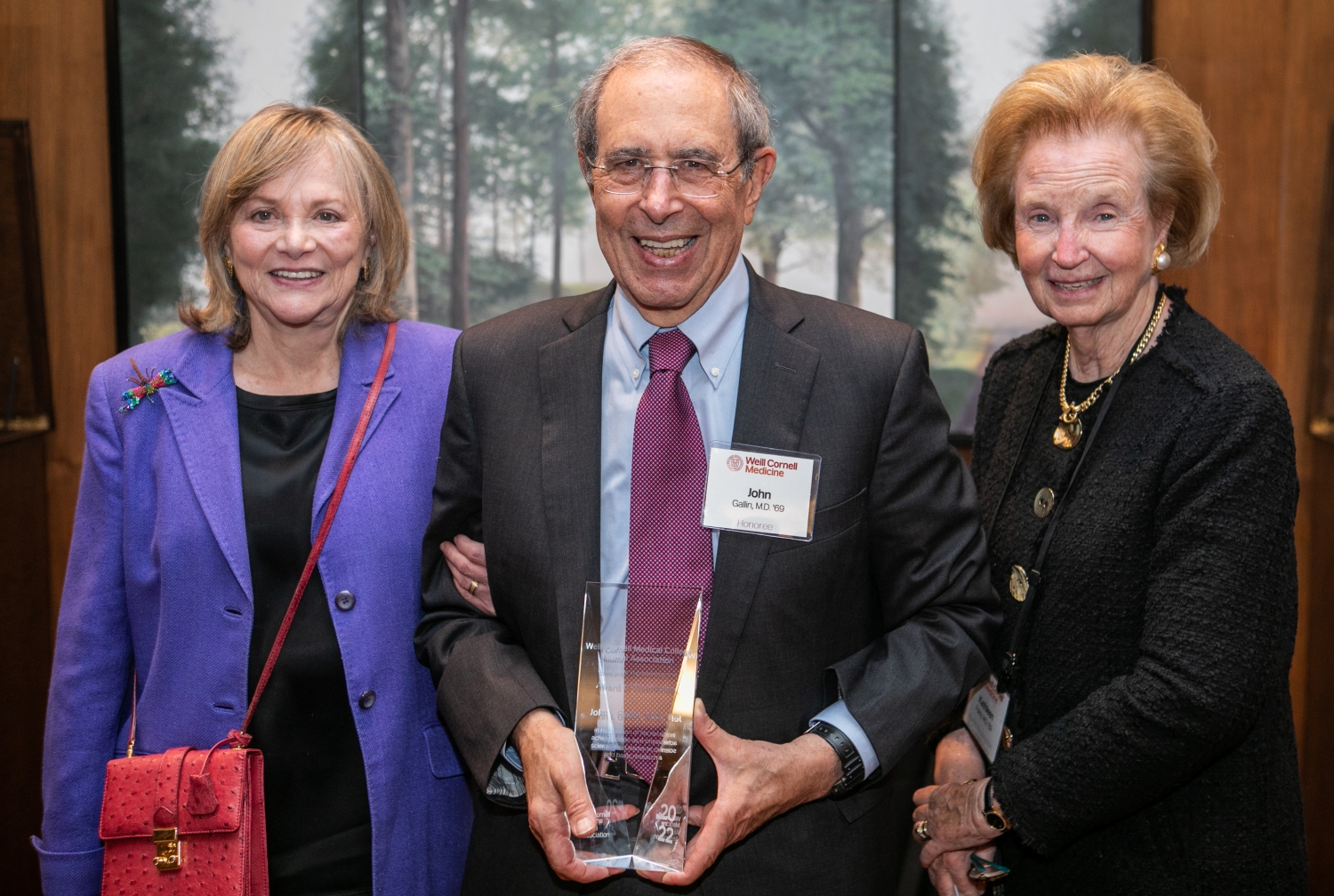 “This is a huge honor and really special,” said Dr. Gallin, who also serves as associate director for clinical research at NIH. “It was incredible to be able to go to medical school at Weill Cornell and be mentored to pursue a career of both patient care and research. And now to be recognized as a distinguished alumnus, it’s thrilling.”

The award, which was established in 1949, is presented each year to a Weill Cornell Medical College alumnus who has demonstrated outstanding achievement in research, education or patient care, and has brought acclaim to the institution. Dr. Gallin was honored on May 18 at the 2022 Alumni Award of Distinction dinner and will receive his award during Weill Cornell Medicine’s Commencement ceremony on May 19.

Prior to his current positions, Dr. Gallin spent 22 years as director of the NIH Clinical Center. In this role, he oversaw the creation of the new NIH Clinical Research Center and the development of new clinical research information systems, as well as the establishment of a new curriculum for clinical research training, now offered globally, reaching about 20,000 students in 150 countries each year.

Dr. Gallin has also served as scientific director of the National Institute of Allergy and Infectious Diseases (NIAID), where he  befriended current NIAID Director Dr. Anthony Fauci ’66, who nominated him for this award. Dr. Gallin continues to lead his own lab at NIAID, focusing on rare immune disorders of phagocytes.

In 2011, he accepted the Lasker–Bloomberg Public Service Award on behalf of the NIH Clinical Center, for its extensive history of medical discovery through clinical research. Dr. Gallin has published more than 380 research articles and edited two textbooks. He is also an elected member of the American Society for Clinical Investigation, the Association of American Physicians, the National Academy of Medicine of the National Academy of Sciences and is a Master of the American College of Physicians.

“I still have the telegram that I received from Weill Cornell offering me a position in the school. And I think that says something about how important it was to me,” Dr. Gallin said. “I sensed that this was going to be something that would be with me the rest of my life. Weill Cornell is just a wonderful institution. And it's wonderful because it nurtures young people and allows them to become the best they can be with whatever resources they have.”