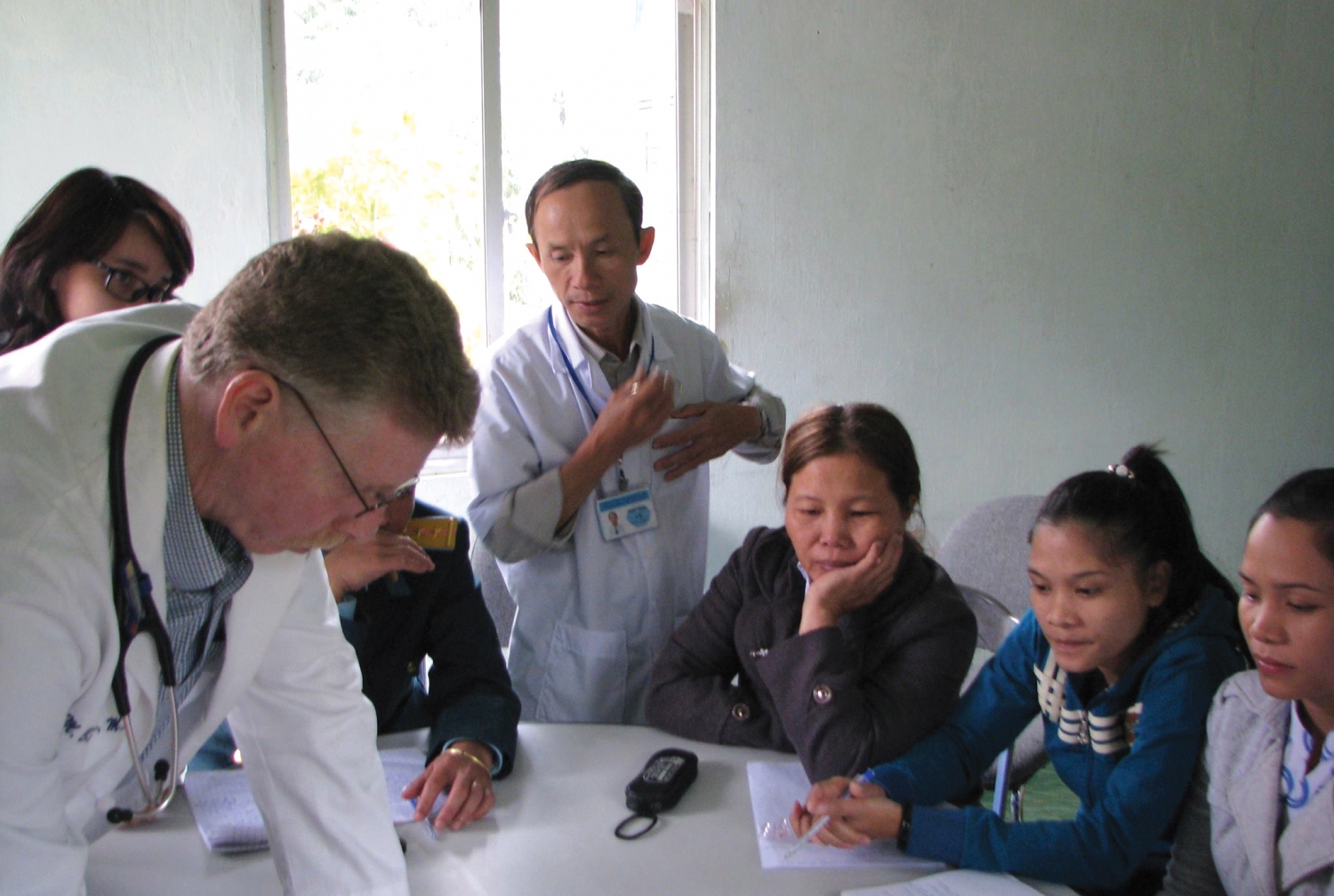 More than a decade after the Vietnam War ended, a group of American veterans came together to form a humanitarian nonprofit called Vets With a Mission. Their goal: to help rebuild the country where they’d witnessed so much destruction— and to make peace with their own experiences there. “These veterans were pretty messed up; they had a lot of scars, both psychological and physical,” says Dr. Michael Bernardo, MD '89, who didn’t serve in the armed forces himself but has volunteered to serve as the organization’s medical director since 2013. “But they decided to make something good out of it.”

A family medicine specialist, Dr. Bernardo has practiced in rural South Carolina for three decades. But he’d once considered tropical medicine and has made many service trips abroad, including to Africa and Central America—so when a patient who was Vets With a Mission’s executive director asked him to come on board, he jumped at the chance. He made his first trip to Vietnam in 2014 and—except for 2020, due to COVID-19—has returned every year since. “And I’m going to keep going,” he says. “It has captured my heart.” 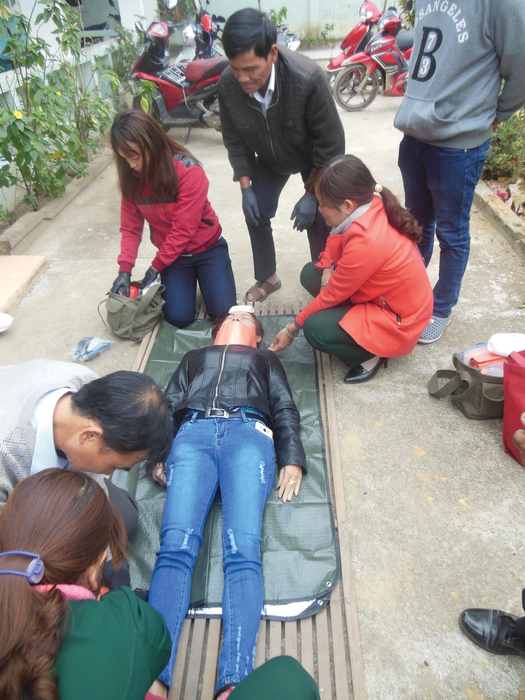 Since Vets With a Mission was founded in 1988, it has brought more than 2,000 volunteers—both veterans and civilians—to Vietnam. In the early years, they constructed medical clinics, orphanages, and homes for the disabled. For the past few decades, the organization has been sending groups of about 30 doctors, dentists, pharmacists and other volunteers on two-week trips to provide medical care to impoverished communities. The teams set up shop in a rural clinic for two or three days and provide free treatment—medical consultations, eye exams, dental work and more—to 200 to 250 patients a day before moving on to the next village. “People are living longer all over the world, so now it’s not just infectious diseases that we see,” Dr. Bernardo observes.

“It’s chronic diseases like heart disease, COPD, diabetes, hypertension—the same ones we have in the United States” Other common maladies include arthritis, acid reflux, parasites and fungal infections; for patients with more serious conditions than can be treated at a clinic, Vets With a Mission arranges for them to travel to a nearby hospital and funds their care. 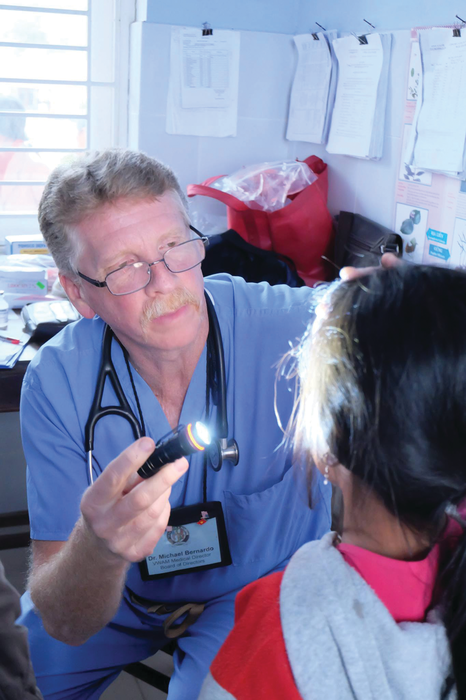 While the organization’s founders are approaching retirement, Dr. Bernardo says that Vets With a Mission plans to continue its work indefinitely. And in recent years, it has expanded to training local providers. It offers a three-day course in basic first aid and life support; those who complete it receive a certificate and a supply pack, becoming an emergency medical resource for their community. In 2019, Vets With a Mission began training students from two Vietnamese medical schools, who gain valuable hands-on experience in patient care. Says Dr. Bernardo: “It’s the old ‘give a man a fish, teach a man to fish’ adage. We don’t want to ‘do for’ them; we want to help teach them how to do for themselves.”

Dr. Bernardo notes that even more than four decades after the war ended, its effects linger; his patients have included a young man who suffered severe facial trauma when a decades-old mine detonated while he was working in his fields, and villagers with neuropathy resulting from exposure to Agent Orange. But he believes that Vets With a Mission has made important strides toward repairing the relationship between the two nations. Dr. Bernardo recalls one man in particular who had a scar on his arm from a bullet wound he got while fighting for the Viet Cong against U.S. forces. “I brought him out to where the American veterans were, and they all gathered around and this beautiful thing happened—these guys, who had at one time shot at each other, started talking and hugging and showing off their old wounds,” he says. “The man kept saying one word over and over, so I asked my translator what it was. He was saying ‘brothers.’ ”