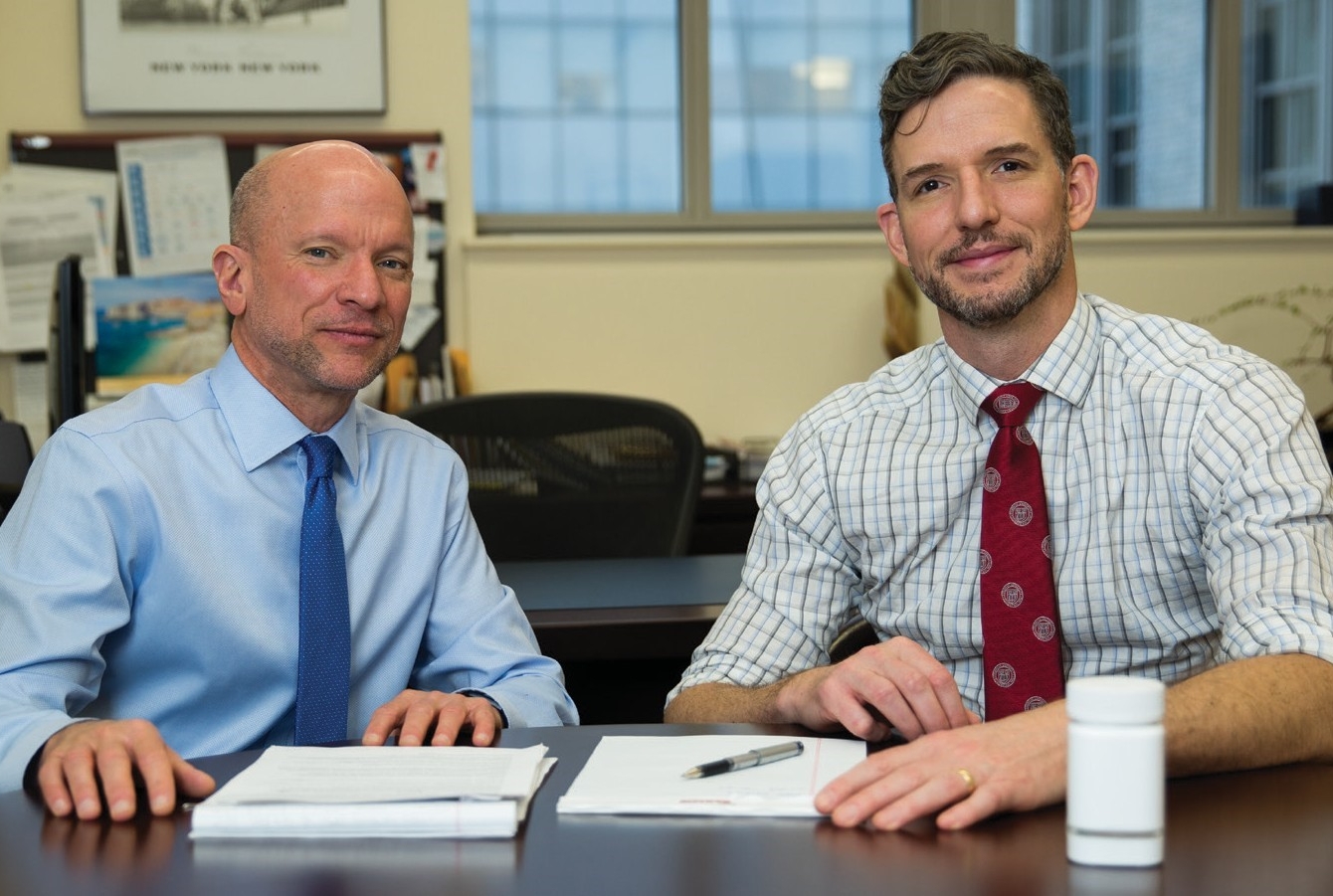 Over the past few decades, HIV treatment has advanced remarkably: simply by taking one pill each day, most patients can suppress the virus to the point where it’s undetectable and can’t be transmitted to someone else. While the therapy— generally a combination of three drugs in a single dose—has markedly slowed the HIV epidemic, it hasn’t stopped it entirely. Although figures from the Centers for Disease Control and Prevention indicate that the annual number of new cases has dropped nine percent since 2010, more than 30,000 people were diagnosed in the United States in 2018 alone. “The issue has always been adherence,” explains longtime HIV researcher and clinician Dr. Roy Gulick, the Rochelle Belfer Professor in Medicine and chief of the Division of Infectious Diseases at Weill Cornell Medicine. “How do we get people to keep taking these medications over time?”

Getting patients to follow a drug regimen can be a struggle for physicians in many specialties—but with HIV, taking medications consistently is particularly important. Skipping doses can allow the virus to develop resistance, which can make the drugs less effective over time. “If anyone says to me, ‘I never miss a dose, ever,’ I have a hard time believing them,” says Dr. Grant Ellsworth, an instructor in medicine within the Division of Infectious Diseases who specializes in HIV treatment and research. “As a doctor, even I have missed doses of medication in the past. But one of the most important tools to ending the HIV epidemic is making sure that everyone who’s diagnosed is on treatment.” That’s why Drs. Gulick and Ellsworth have spent the last few years researching an existing technology that could help ensure that HIV patients take their medication on time: a “smart” pill bottle.

Manufactured by a New York City company called AdhereTech (with which Drs. Gulick and Ellsworth have no business relationship), the container resembles an ordinary white pill bottle. A blue ring around the bottom lights up when it’s time to take the medication, and if the bottle isn’t opened after a set interval, the patient receives a reminder via text message or phone call. Once opened, the bottle (which contains a number of internal and external sensors) sends a signal to a portal that can be accessed by both patient and physician; the features are customizable, so users can select those that best suit their needs. Though AdhereTech’s product—which is already on the market and is used for care of patients with cancer and multiple sclerosis—isn’t the first-ever electronic pill bottle, it does have some notable advantages: its battery lasts for months and it connects to the cellular network, so it doesn’t require a wi-fi signal.

In a 12-week pilot study that was planned and conducted from 2015 to 2018, Drs. Gulick and Ellsworth—working with Dr. Leah Burke, a former assistant professor of medicine at Weill Cornell Medicine now on the faculty at Yale University School of Medicine—set out to determine if the bottle made a difference in HIV patients’ levels of tenofovir, one of the drugs in the combination pill. The study (funded through a New York City-sponsored program that matches start-ups with academic researchers) looked at some 60 people that had detectable levels of HIV virus in their blood on more than one occasion, indicating that they’d missed doses in the prior year. Patients were divided into two groups; one received the bottle, while a control group did not. After three months, participants had their blood tested again. In the control group, tenofovir levels remained mostly unchanged, indicating that patients were missing the same number of doses as before; those that received the smart bottle, however, saw their tenofovir levels nearly double.

The researchers note that although the study’s sample size was small, its findings are promising. The next step in assessing the bottle’s efficacy in treating HIV, they say, is to verify those results with a second, larger trial. “There’s a lot of potential here,” says Dr. Ellsworth. “Many of my patients could benefit from something like this.”