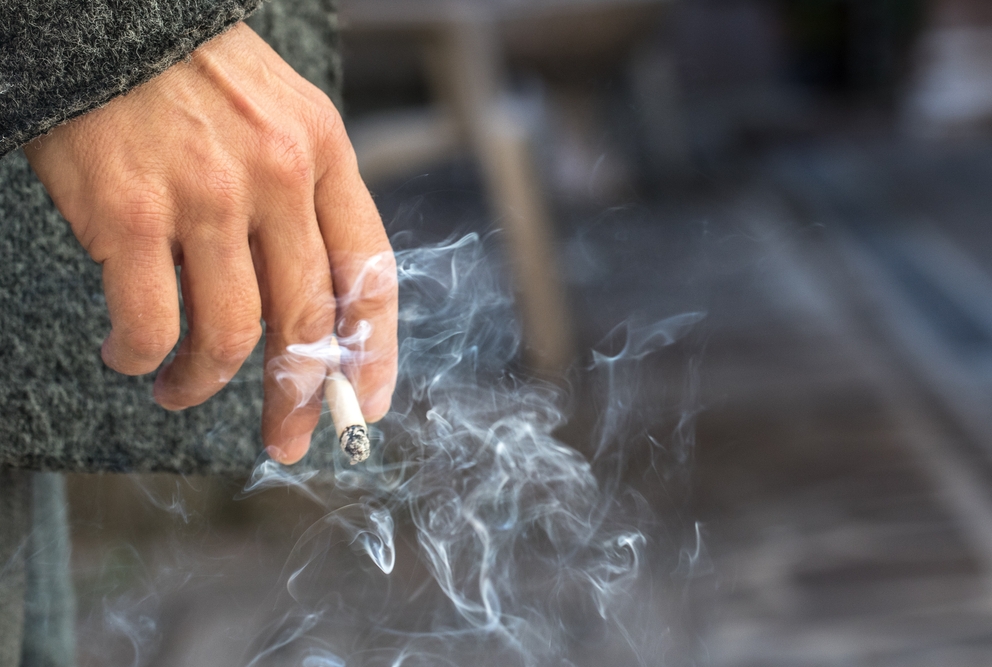 Despite cigarette smoking being the single most preventable risk factor for both chronic obstructive pulmonary disease (COPD) and idiopathic pulmonary fibrosis (IPF), two devastating diseases that make it hard to breathe, about 44 million American adults continue to smoke. It is not clear why only some people develop these lung diseases or why they manifest in such different ways. Now, a team of researchers from Weill Cornell Medicine, Brown University, Brigham and Women’s Hospital and the Harvard T. H. Chan School of Public Health have received a five-year, $12.8M renewal grant from the National Heart, Lung, and Blood Institute (NHLBI), part of the National Institutes of Health, to validate their novel discoveries of two molecular pathways that may provide answers.

“Our team of world-renowned experts in COPD and IPF research achieved some noteworthy milestones in the first funding cycle,” said Dr. Augustine M.K. Choi, the Stephen and Suzanne Weiss Dean of Weill Cornell Medicine, pulmonologist and principal investigator leading the team. “We are excited to build on our momentum with this grant renewal. Our program has significant potential for revealing new insights into the biological mechanisms driving these devastating diseases.”

Emphysema, the most common form of COPD, involves loss of tissue in tiny air sacs called alveoli, whereas IPF involves scarring and deposition of excess lung tissue. COPD represents a majority of smoking-related lung disease, with an estimated 16 million Americans affected. Fewer Americans, about 100,000, are affected by IPF. No treatments exist that can halt or reverse lung destruction in patients with either disease. Previous research by Dr. Mary E. Choi, a nephrologist and professor of medicine at Weill Cornell Medicine, also found a strong association between lung damage from COPD or IPF and kidney damage in animal models.

Supported by an initial five-year $11.5M Program Project Grant (PPG) awarded to Dean Choi by the NHLBI in 2013, the investigators discovered two molecular pathways in animal models and cell culture experiments that may play separate or overlapping roles in determining whether COPD or IPF develops in response to injury from cigarette smoke.

The first pathway, called the mitochondrial pathway, involves the tiny, energy-producing factories found in cells known as mitochondria. The investigators discovered that mitochondrial abnormalities were associated with both a loss of tissue in emphysema and excessive scarring processes in fibrosis. They found that a deficiency in a gene called PTEN induced kinase 1 (PINK1), which regulates how cells clear damaged mitochondria, was protective against emphysema but spurred the development of IPF in animal models. PINK1 alterations also affected a signalling protein known to regulate cell death.

“Damaged mitochondria release mitochondrial DNA that can be detected in urine and blood,” Dr. Choi said. “Our PPG team recently found that urine testing outperformed blood testing for detecting mitochondrial DNA in animal studies, suggesting that it may be a valuable biomarker for determining the severity of COPD and IPF in humans.”

The second pathway, called the chitinase pathway, involves a protein that plays a role in inflammatory and tissue remodelling processes called chitinase 3 like 1 (Chi3l1). The investigators discovered it interacts with growth factors whose expression is associated with the degree of emphysema and IPF in mouse models. They also found that this pathway may share overlapping connections with the mitochondrial pathway.

The renewal grant consists of three interrelated projects that aim to validate the role of these pathways in COPD and IPF. The first project, led by Dean Choi, will further explore the mitochondrial pathway. The second project, led by Dr. Jack Elias, senior vice president for health affairs and dean of medicine and biological sciences at Brown University, will investigate the chitinase pathway.

"We are looking forward to working with our colleagues to investigate and enhance our understanding of the interactions of chitinases and chitinase-like proteins and mitochondria and their roles in pulmonary inflammation, remodeling and repair in idiopathic pulmonary fibrosis and COPD,” Dr. Elias said. “Because chitinase-like proteins can also be detected in the urine, we also look forward to investigating their utility as a urinary biomarker of disease severity."

The third project is led by Dr. Edwin Silverman, a pulmonologist and genetic epidemiologist and chief of the Channing Division of Network Medicine at Brigham & Women’s Hospital. The team will look for clues explaining why some people who smoke are more susceptible to developing COPD while others are more susceptible to developing IPF by examining genetic and epigenetic factors affecting the mitochondrial and chitinase pathways.

Exposure to cigarette smoke can add tags to DNA, changing how genes are expressed in a process called DNA methylation. The researchers will use existing whole-genome sequences, together with matched blood and lung DNA methylation data (analyzed by the NHLBI Trans-Omics for Precision Medicine Program), for more than 1,500 patients provided through the Lung Tissue Research Consortium (LTRC) and 10,000 whole-genome sequences from more than 10,000 participants in the COPDGene study. They will also leverage blood DNA methylation data in two samples, collected five years apart, along with matching chest CT scans from more than 4,500 participants in the COPDGene study. Protein measurements related to the mitochondrial and chitinase pathways will be performed through this project in both the LTRC and COPDGene study populations.

“The focused studies of key biological pathways for the development of COPD and IPF using comprehensive assessments of multiple biological layers in large, well-characterized human populations has the potential to identify the networks of interacting molecular determinants that influence risk for different chronic lung diseases,” Dr. Silverman said. “The ongoing, close collaborations between investigators studying animal models of disease and human populations is a unique strength of this program that has the potential to lead to improvements in the diagnosis, prognosis, and treatment of both COPD and IPF.”

Dr. Martinez and Dr. Washko’s team will obtain detailed clinical data and linked biological samples of lung tissue and CT chest scans from existing studies. They will also recruit a new group of patients diagnosed with COPD and IPF and collect blood, data from clinical breathing tests and lung tissue samples from tiny airways with a novel bronchoscopy technique developed in the original PPG cycle.

“As the leader of the Lung Tissue Research Consortium a decade ago who was heavily involved in generating protocols for collecting biological samples from patients with COPD and IPF, it’s personally rewarding to be accessing biobank samples now to answer important mechanistic questions about these devastating diseases,” Dr. Martinez said.

“Overall, the PPG team is truly a collaboration of outstanding investigators in the fields of COPD and IPF research today,” Dean Choi said. “We hope our comprehensive approach will identify new biological targets that may lead to the first effective treatments for these diseases and reveal useful biomarkers for stratifying patients by risk in future clinical research.”