Immediate Relief: In the Clinic and the Lab, Physician-scientists Explore Ketamine’s Potentially Powerful Role in Psychiatry 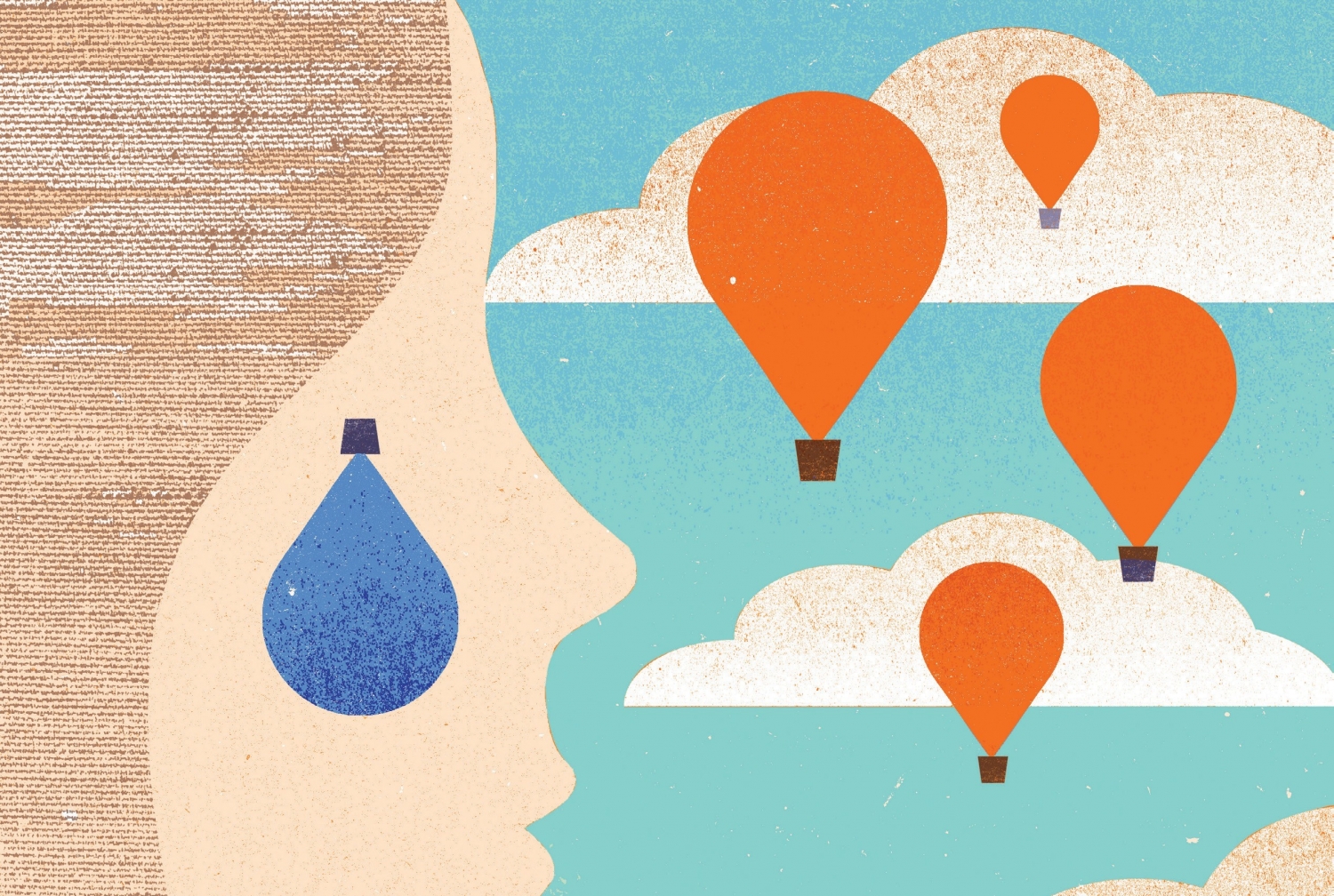 Depression is the most common mental illness as well as the number one cause of disability among people between the ages of 15 and 44. And for millions of sufferers, antidepressants have literally saved lives that could otherwise have been lost to suicide. But selective serotonin reuptake inhibitors, or SSRIs—the most common class of drugs prescribed for depression—can take six weeks to begin alleviating symptoms, and that’s without the period of trial and error often required to find the right medicine and dosage for a particular patient. Additionally, for as many as three in 10 people with depression, SSRIs have no effect at all.

For the past two decades, however, psychiatrists have been using low doses of an anesthetic called ketamine to treat patients whose depression has not responded to other treatments. Developed in the ’60s, ketamine is used mainly in veterinary medicine, although it also has hallucinogenic effects and is sometimes abused as a street drug. Its use in psychiatry was long considered “off label,” but in spring 2019 the U.S. Food and Drug Administration approved a nasal spray version specifically for use as an antidepressant. (In August 2020, the agency expanded the approval to include patients with depression who are having suicidal thoughts or have recently tried to take their own lives or otherwise harm themselves.)

The approval opened up new possibilities as well as new lines of research that may change the way psychiatrists think about depression. At Weill Cornell Medicine, Dr. Benjamin Brody, an assistant professor of clinical psychiatry and an attending psychiatrist at NewYork-Presbyterian/ Weill Cornell Medical Center, is leading a program to explore the clinical use of intravenous infusions of ketamine to treat the condition. “What’s so exciting about ketamine is not only that it works for people whose symptoms are not responding to traditional treatments, but it also works much more rapidly—in days or even hours,” says Dr. Brody, who developed the protocol before the spray was approved, and still prefers infusions because they allow him to tailor each dose to a patient’s weight (while the spray only comes in two pre-set doses). “For some people, ketamine really does provide almost immediate relief. That’s wonderful and very gratifying to see.” 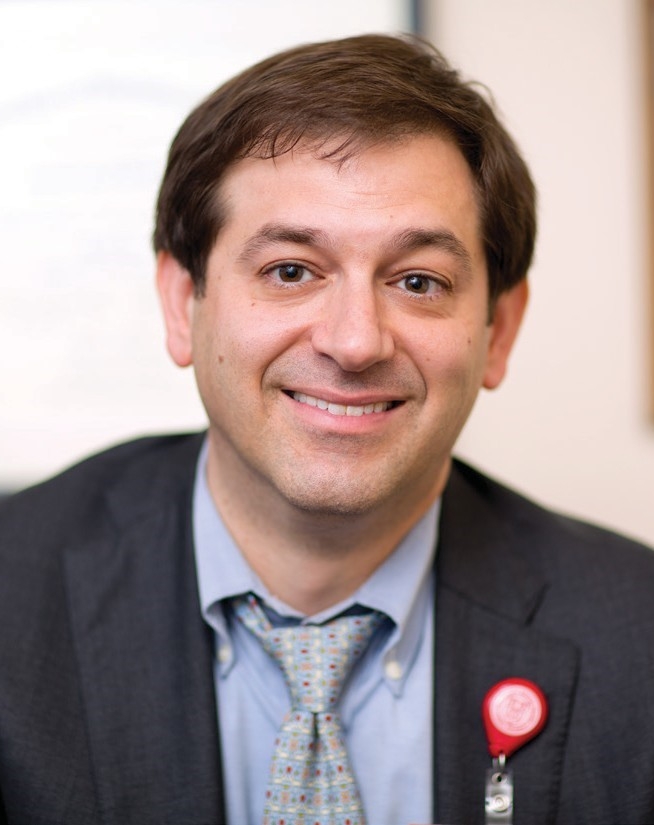 One problem with ketamine, however, is that its positive effects wear off within weeks or months. “Another major issue,” says Dr. Brody, “is that we have so little information on the long-term effects, or what type of treatment patients will need to remain well.” The drug can still save lives, providing relief as patients pursue other treatments that may work in the longer term. But what if the benefits of that handful of doses didn’t wear off as quickly, or at all?

That’s the tantalizing question asked by Dr. Conor Liston, associate professor of neuroscience in the Feil Family Brain and Mind Research Institute, whose research explores how ketamine works to create more synapses—connections between neurons—in a region of the brain called the medial prefrontal cortex. These new connections seem to be temporary, but if they could be augmented or extended by using another treatment alongside ketamine, a person might be cured of depression for good. 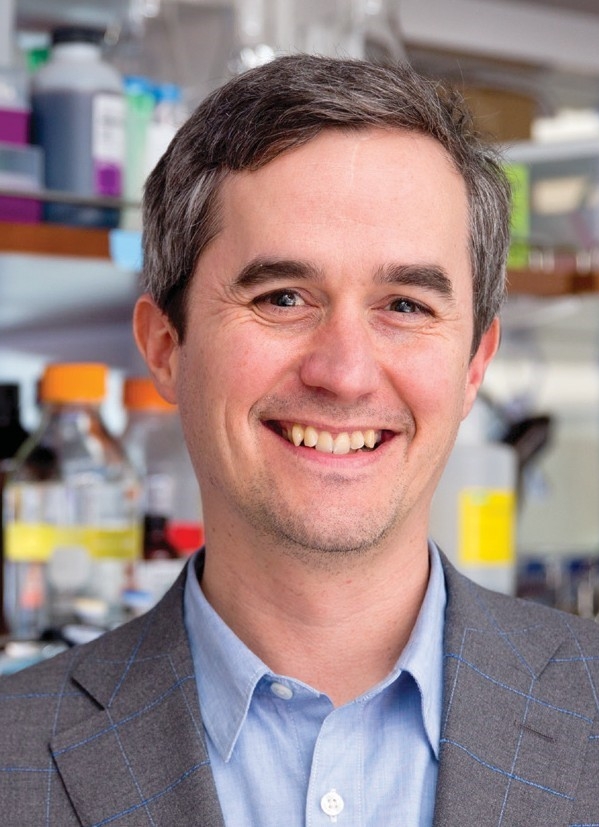 For a study published last year in Science, Dr. Liston and his team worked with mice that exhibited depression-like behavior, as determined by their reaction to a stressful situation. A mouse that freezes more than it attempts to wriggle free—what’s known as “motivated escape behavior”—is, for purposes of the study, exhibiting one important feature of depression. “Mice are not people, and many symptoms that we think of as core to depression—sadness, hopelessness—are hard or probably even impossible to imagine modeling in a mouse,” says Dr. Liston, also an associate professor of psychiatry at Weill Cornell Medicine. “But there are some things we can measure.”

Before treating their mice with ketamine, Liston and his team examined their brains; as predicted, a lack of motivated escape behavior was correlated with lost synapses in the medial prefrontal cortex. Just hours after one dose, the mice no longer exhibited that “depressed” behavior and their brains showed that synapses had regrown. But just as in humans, days later the depressive symptoms returned. Meanwhile, the new synapses had disappeared.

Interestingly, Dr. Liston says, the reduction in depressive behavior actually happened before the new synapses appeared—meaning they could not have caused the immediate relief. But the new synapses did seem to be necessary to maintain the antidepressant effects long after the ketamine dose. If Dr. Liston and his team eliminated the synapses, the mice quickly became depressed again. “We think that some kind of intervention aimed at boosting the restoration of those synapses or enhancing their survival over time could be useful for augmenting ketamine’s antidepressant effects,” says Dr. Liston, adding that such interventions could include another drug or something as simple as exercise or improved sleep, two known factors in synapse survival.

Dr. Liston’s mouse study is just a first step toward better understanding how ketamine could help more people; as he notes, more basic science must be done before his team can consider working with human subjects. But Dr. Brody (who did not participate in Dr. Liston’s study) has already seen ketamine’s life-saving potential in the handful of patients he has treated so far. “We’re finding that it’s safe and effective, and now Conor’s research has shown that the way it works is different from the treatments that had previously been available to us,” Dr. Brody says. “I think this is going to help a lot of people.”