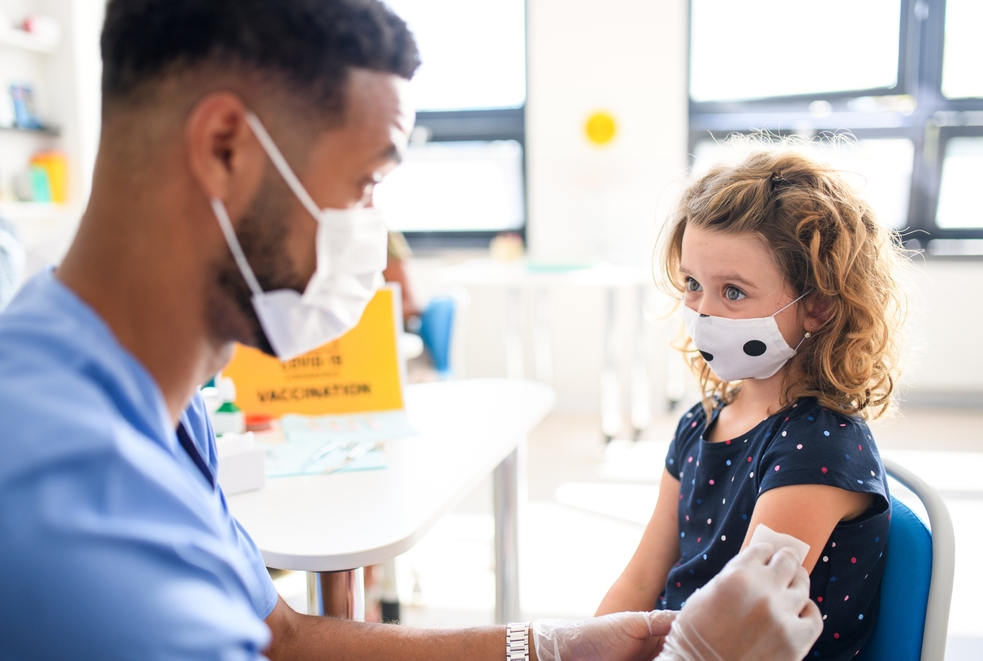 A group of scientists led by researchers at the University of North Carolina at Chapel Hill, Weill Cornell Medicine and NewYork-Presbyterian reported that the Moderna mRNA vaccine and a protein-based vaccine candidate elicited durable neutralizing antibody responses to SARS-CoV-2 in pre-clinical research. There were no adverse effects.

The research, published in Science Immunology, suggests that vaccines for young children are likely important, safe tools to curtail the pandemic.

The co-senior authors of the paper are Dr. Kristina De Paris, professor of microbiology and immunology at the UNC School of Medicine, and Dr. Sallie Permar , chair of the Department of Pediatrics at Weill Cornell Medicine. Co-first authors are Dr. Carolina Garrido at Duke University and Dr. Alan Curtis at UNC-Chapel Hill.

“Safe and effective vaccines for young children will help limit the spread of COVID-19 because we know children can transmit the virus to others, whether they get sick from SARS-CoV-2 infection or remain asymptomatic,” said Dr. Permar, who is pediatrician-in-chief at NewYork-Presbyterian Komansky Children’s Hospital. “Moreover, many children have become sick and even died from the infection, with many more negatively impacted by the measures put in place to curb the spread. Thus, young children deserve protection from COVID.”

The strong neutralizing antibody responses elicited by the vaccines in 16 baby rhesus macaques persisted for 22 weeks, and the researchers are conducting challenge studies this year to better understand potential long-lasting protection of the vaccines.

“The level of potent antibodies we observed were comparable to what has been seen in adult macaques, even though the doses were 30 micrograms instead of the 100 microgram adult doses,” said Dr. De Paris, who is a member of the UNC Children’s Research Institute and the UNC Institute of Global Health and Infectious Diseases. “With the Moderna vaccine, we observed specific strong T cell responses, as well, which we know are important to limiting disease severity.”

To evaluate SARS-CoV-2 infant vaccination, the researchers immunized two groups of 8 infant rhesus macaques at 2.2 months of age and four weeks later at the California National Primate Research Center. Each animal received one of two vaccine types: a preclinical version of the Moderna mRNA vaccine or a protein-based vaccine developed by the Vaccine Research Center of the National Institute of Allergy and Infectious Diseases (NIAID), part of the National Institutes of Health, with an adjuvant from 3M that stimulates cells through toll-like receptor 7 and 8. The adjuvant was formulated in an emulsion by the Infectious Disease Research Institute (IDRI).

The mRNA vaccine is like a message; it delivers instructions to your body to produce the virus’s surface protein, the spike protein. The vaccine does not enter the nucleus, does not affect your DNA, and it does not persist in the body. Instead, the vaccine will instruct the cells to create the spike protein and our immune cells recognize it, developing antibodies and other immune responses. NIAID VRC’s vaccine is the actual spike protein itself, which the immune system recognizes in the same manner. It is similar to the Novavax protein-based vaccine, for which reports this week indicate is highly effective and safe.

Importantly, the vaccines did not elicit T helper type 2 responses, which can be detrimental to vaccine efficacy and safety in infants. Such responses can counter the immune response against the virus. And so, T helper 2 responses have hindered the development of vaccines in young children, most notably for the common Respiratory Syncytial Virus (RSV).

“We were sure to check for evidence of T helper 2 responses, such as IL4, in the blood plasma of all macaques to be sure neither vaccine produced such a response,” De Paris said. “We need to keep studying this, but so far we have seen no evidence of this.”

Vaccine testing in young children is currently underway, as advocated by the American Academy of Pediatrics.

A version of this story first appeared on the University of North Carolina at Chapel Hill’s newsroom.