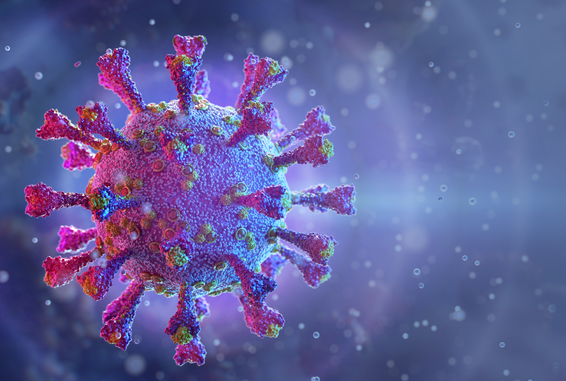 An illustration of SARS-CoV-2. Credit: Shutterstock

Weill Cornell Medicine scientists have developed a detailed structural model of how the SARS-CoV-2 virus penetrates host cells to establish an infection. To learn how the cell membrane is pierced  by the penetrating spearhead of the virus, these researchers had to utilize the exceptional computational power made available through a nationwide initiative to provide computational resources at federal government facilities and large companies in the private sector in order to mount rapid research response to the challenge of the COVID-19 pandemic. This spearhead model is now opening new opportunities for targeting the virus with drugs to prevent infectivity. 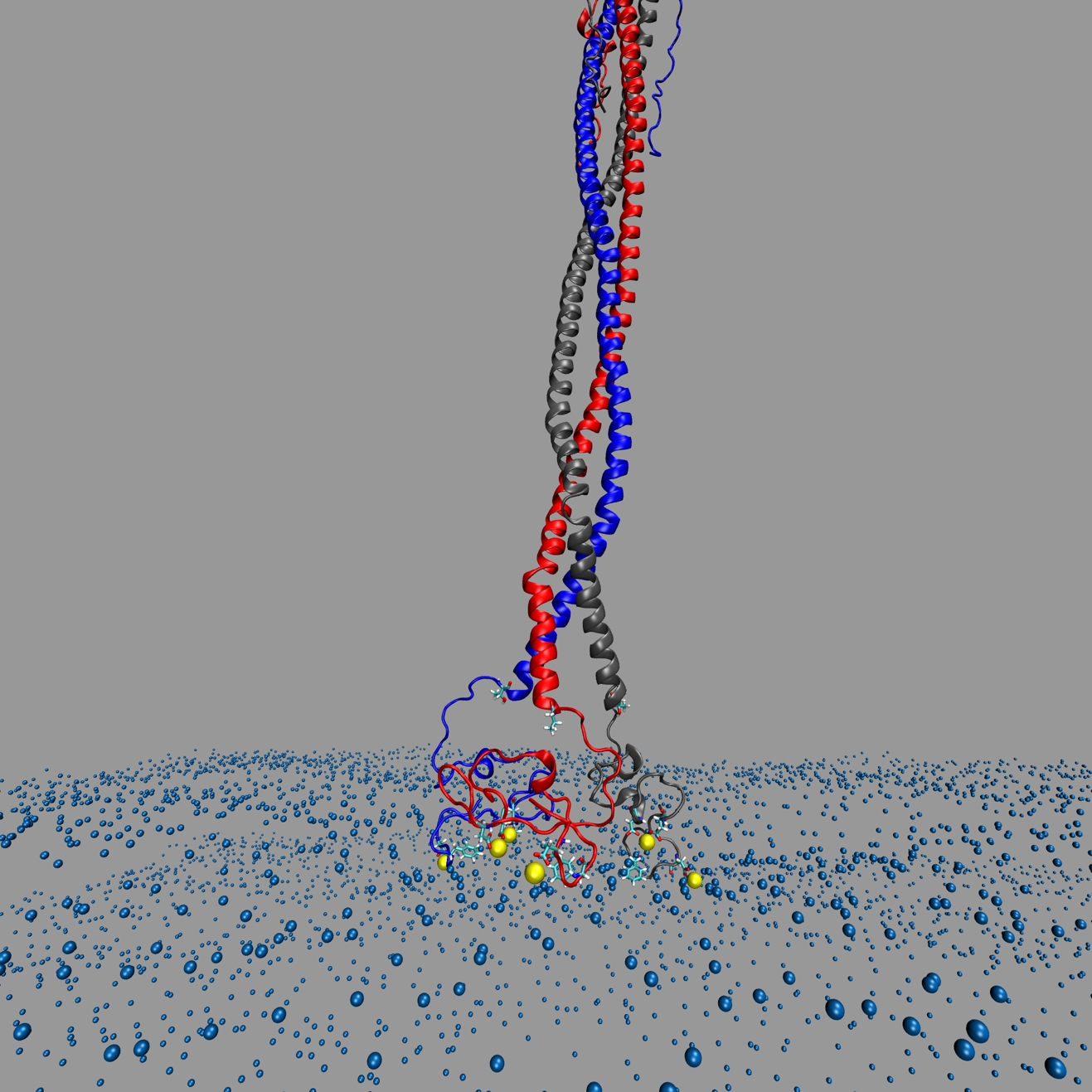 The image depicts the SARS-CoV-2 virus’s spearhead penetrating the cellular membrane of a host cell.

The COVID-19 High Performance Computing Consortium has been led by the White House Office of Science and Technology Policy, the U.S. Department of Energy and IBM, and recruited a large number of agencies and companies nationally and internationally. Dr. Harel Weinstein, chair of the Department of Physiology and Biophysics and the Maxwell M. Upson Professor of Physiology and Biophysics at Weill Cornell Medicine, led one of the first teams to win a large grant from the consortium in May 2020. With access to extensive IBM and Microsoft cloud computing resources, they modeled at atomic detail a key event in the SARS-CoV-2 infectivity: the virus’s initial penetration of the outer membrane of a host cell with help from a special part of the famous “spike” of the virus, called the fusion peptide.

Fusion peptides are components of the prominent spike proteins that stud the surfaces of coronavirus particles. The virus uses the outer parts of the spike proteins to grab hold of surface receptors called ACE2 receptors on host cells—and then brings out its special burglar’s tools, the fusion peptides that remained hidden in the spike until it attached itself to the ACE2 receptors. Once in the open, the fusion peptides organize themselves into a spearhead, to pry open the host cell membrane. Once it has done that, the virus can fuse with cell membranes and release its genetic material inside the cell where the host cell starts making copies of the virus to establish an infection. 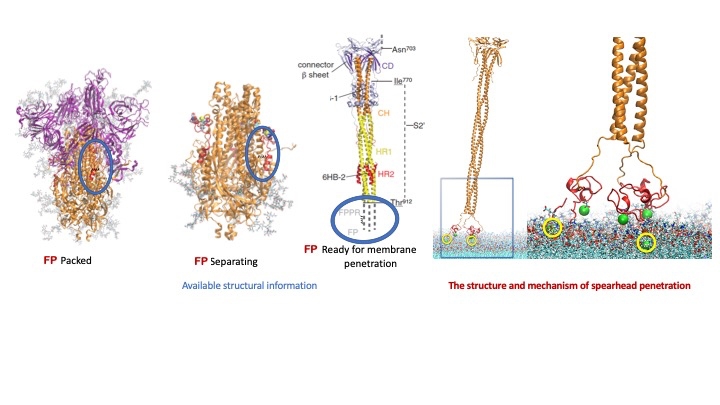 The SARS-CoV-2 spike protein brings out its special burglar’s tools: the fusion peptides that remain hidden in the spike until it attaches itself to the ACE2 receptor.

Precisely how SARS-CoV-2 fusion peptides work had remained obscure, due to the difficulty in capturing their precise shapes and dynamics with electron microscopy and other high-resolution techniques. But Dr. Weinstein and colleagues, starting from what was known about the fusion peptide, and using the significant computing resources of the consortium, were able to model the possible modes of interaction between the fusion peptide and the cell membrane—including the binding of calcium ions to the fusion peptide, which other research has shown makes penetration much more efficient. Their studies yielded strong predictions about the way fusion peptides move into position to penetrate cell membranes, the precise parts of the peptide that disrupt the cell membrane, and the parts of the peptide that are bound by calcium to enable this key viral function.

The article describing how and why the fusion peptide binds calcium ions in order to perform its penetration function, has just appeared in the Biophysical Journal with Dr. George Khelashvili, an assistant professor of physiology and biophysics, as first and co-corresponding author.

“Thanks to the great computational resources and the great collaboration we have established with virologists and biophysicists at Cornell in Ithaca, the detailed structural model serves in collaborative efforts with IBM researchers who use artificial intelligence methods to help in the design of drugs that block this fusion peptide to treat or prevent COVID-19,” Dr. Weinstein said. “Because we now understand how this happens in such fine molecular details, this approach should be useful in the future if another dangerous coronavirus starts spreading in the human population.”