For Rana Khan, earning a residency in obstetrics and gynecology at NewYork-Presbyterian/Weill Cornell Medical Center was more than just realizing a milestone in her medical education. Match Day was the culmination of a personal journey that transported Khan from medical student to cancer patient to future physician. 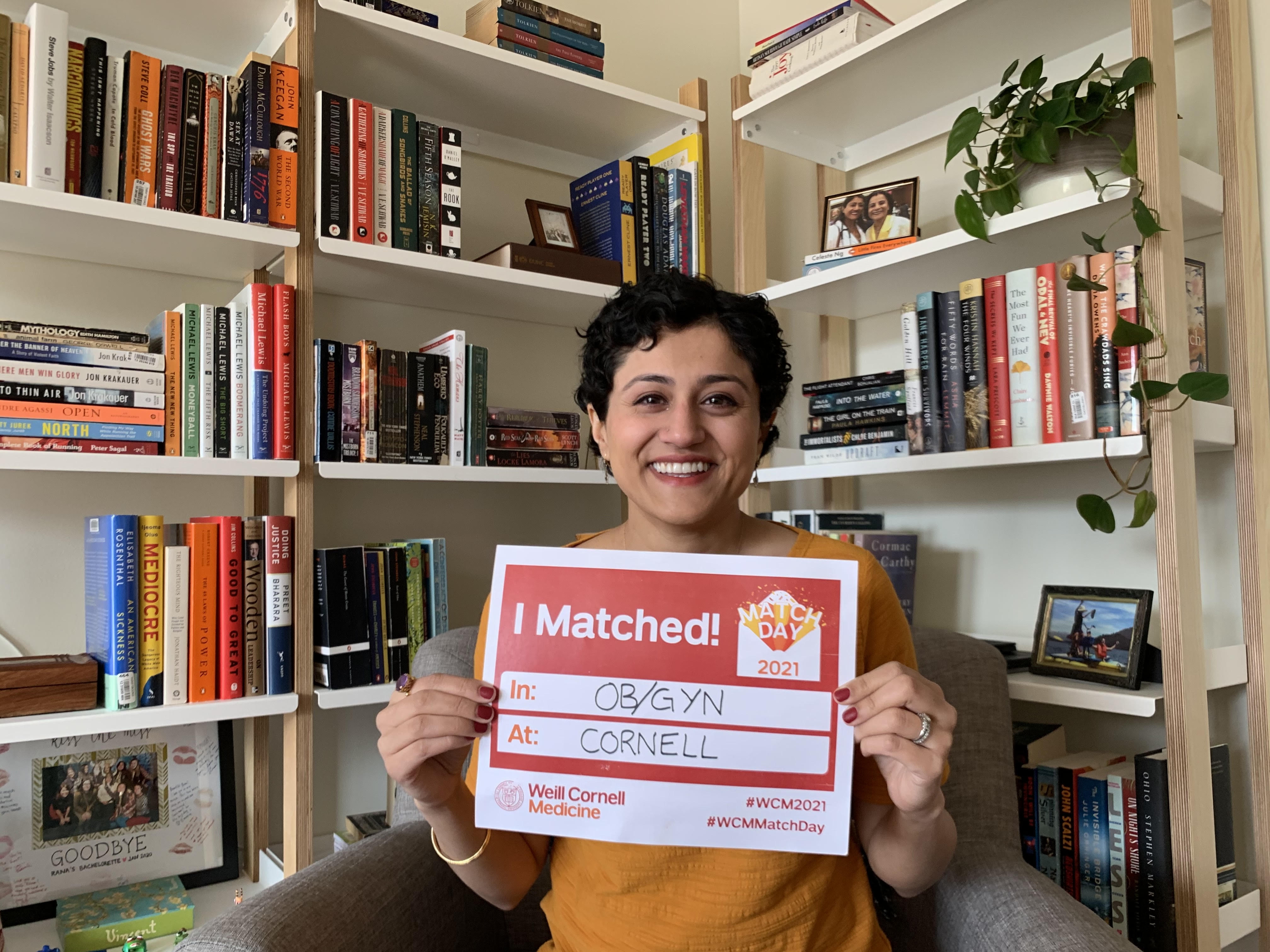 Khan, 28, expected to start a residency in Ob/Gyn last July—just a few months after she was supposed to get married and graduate from Weill Cornell Medical College—when, in November 2019, she was unexpectedly diagnosed with cancer, after discovering a lump in her breast. With no family history of the illness, Khan postponed her medical education to focus on her treatment and getting well. She and her husband considered delaying their wedding, but decided to move forward, marrying in February 2020, which unbeknownst to them was a week before the pandemic lockdown. At the ceremony, they shaved their heads in front of family and friends, which she said was a fun way to make losing her hair less sad with the support of her loved ones. Over the spring and summer, she received chemotherapy and had a double mastectomy in June, all at NewYork-Presbyterian/Weill Cornell, and is now in remission. Though she never expected to be a patient at Weill Cornell, Khan says it has shaped how she will approach being a physician:

“As much as you learn during medical school, having had my own experience made everything that the patients were going through make so much more sense—the chemo regimen, the surgeries, even insurance,” Khan said. “Being a patient myself most definitely changed the way I will treat my own patients.”

Khan and her fellow classmates in the Weill Cornell Medical College Class of 2021 learned on national Match Day where they will be doing their internship and residency training — the next several years of their medical careers. 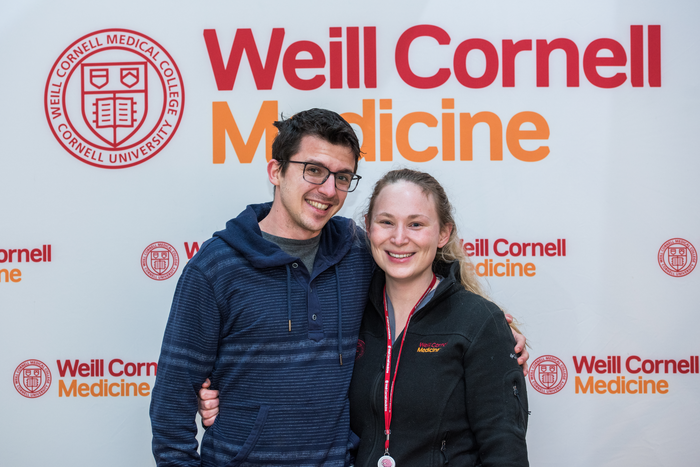 This year’s match results, revealed simultaneously at noon March 19 to medical students nationwide, was the largest on record. More than 40,000 graduating allopathic, international and osteopathic medical students from across the country (and Americans studying abroad) competing for some 38,000 residency positions — the most ever offered in Match history, according to the National Resident Matching Program.

For the second year, Weill Cornell Medicine’s traditional Match Day celebration, typically hosted on the institution’s Upper East Side campus, was virtual due to the pandemic. Graduating students found myriad ways to toast their achievements remotely with classmates, family and friends through the use of social media, video chat and small socially distanced gatherings.

“Today is such an exciting day for all of us at Weill Cornell Medicine,” said Dr. Augustine M.K. Choi, the Stephen and Suzanne Weiss Dean of Weill Cornell Medicine, addressing the students during the virtual event. “Each year, we watch with great anticipation and pride as our future graduates find out where they will be continuing their training as doctors. Although we are convening for a virtual celebration this year, we are so happy to see you reach this point in your education.”

Of the students in Weill Cornell Medical College’s Class of 2021 who entered the match this year, more than 85% secured postgraduate residency positions at institutions ranked in the top 50 by U.S. News and World Report. Forty graduates will remain in metropolitan New York, including 25 at NewYork-Presbyterian.

“No matter how we gather –– Match Day is a singular experience. I hope you embrace and share this special moment with loved ones and so many others, here today, who care deeply about you and your success,” said Dr. Yoon Kang, senior associate dean for medical education. “You’ve worked incredibly hard to get to this point and deserve only the best.” 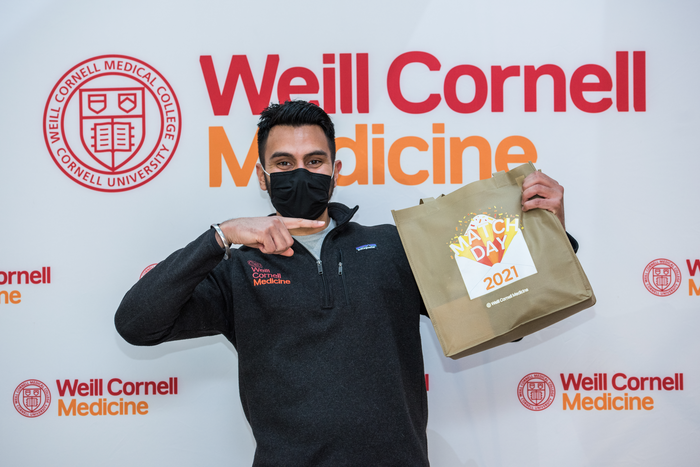 Jaskaran Bains sports his face mask during a stop at the Belfer Research Building on March 18 while picking up his Match Day swag. Credit: Studio Brooke

“The alumni of Weill Cornell Medicine represent an illustrious network of distinguished physicians and physician-scientists who serve their communities and profession with distinction,” said Dr. Joseph Habboushe, president of the Weill Cornell Medical College Alumni Association. “In just a short time, you will be among them.”

For students Kailyn Li, 25, and Hongyu (Johnny) Chen, 27, the match was particularly special. The couple will be training together at NewYork-Presbyterian/Weill Cornell Medical Center for diagnostic radiology, with a preliminary year at Memorial Sloan Kettering Cancer Center. Gathered with a small group of friends, the pair, who met at Weill Cornell Medicine, celebrated their achievement with confetti, cake and calls home.

“I’m super thrilled—this was my top choice,” said Li, who also attended Cornell for her undergraduate studies. “Matching itself is very exciting, but then having someone there with you, it’s the best case scenario we could have hoped for. We can share this experience.”

As he and Li reveled in their match, Chen reflected on his education at Weill Cornell Medicine, and how the institution was “absolutely instrumental” in preparing him for this next step in his medical career. He participated in research in the Department of Radiology since his first year of medical school, and quickly became passionate about the specialty. 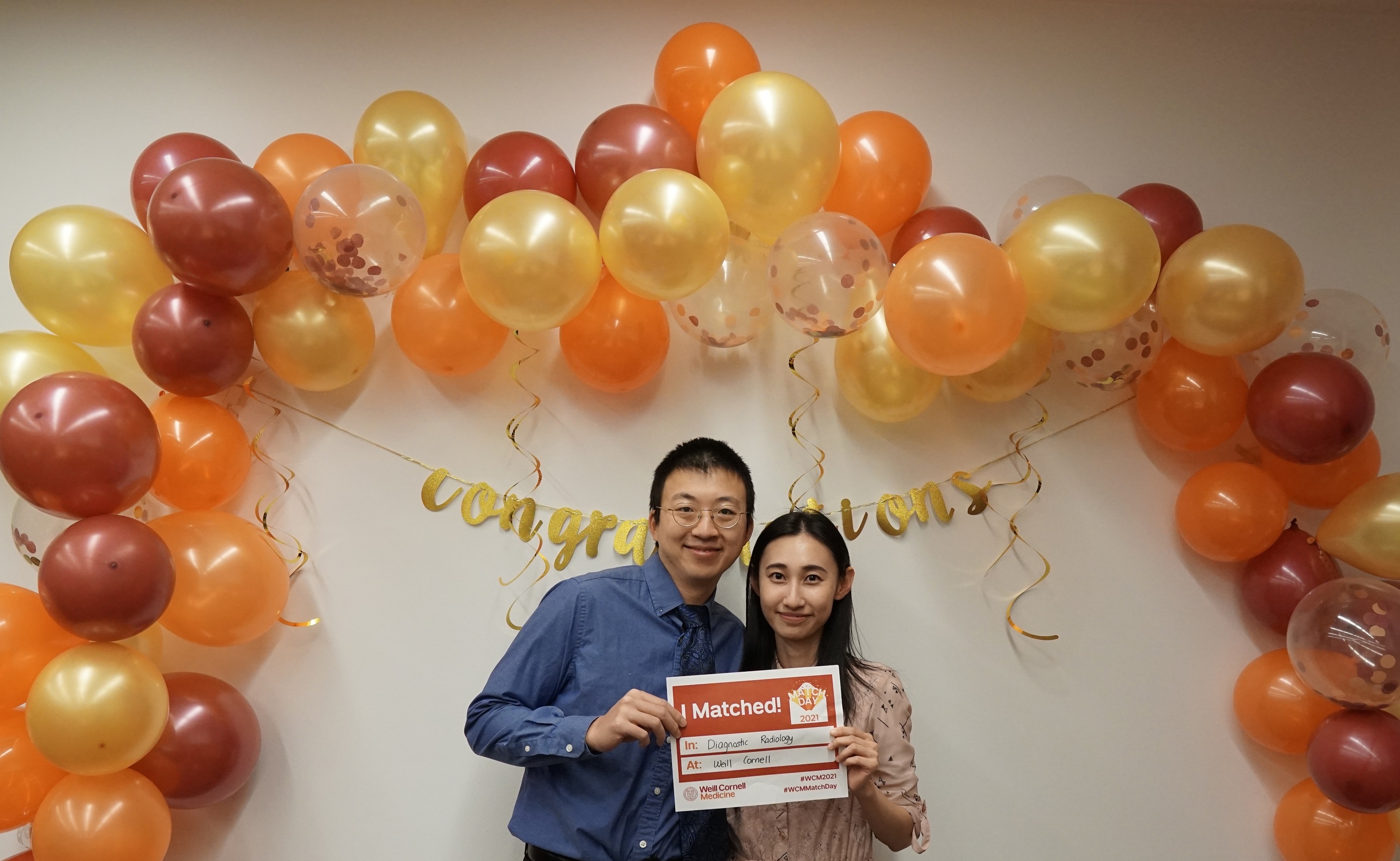 “Radiology was just so well-integrated in our clinical curriculum that it not only fostered an interest in that specialty,” he said, “but also prepared me well for what’s ahead.”

Now cancer free since June, Rana Khan says that experiencing Weill Cornell Medicine from the patient perspective gave her an appreciation for the institution where she’ll now be a resident. She also looks forward to working alongside some of the same doctors who she got to know during her treatment.

“Dr. Laura Riley [chair of obstetrics and gynecology] is extremely inspirational,” she said. “I can’t wait to be a part of her vision for the program. And I’m excited to be working at the new NewYork-Presbyterian Alexandra Cohen Hospital for Women and Newborns.

“I’m so ready to start residency.”