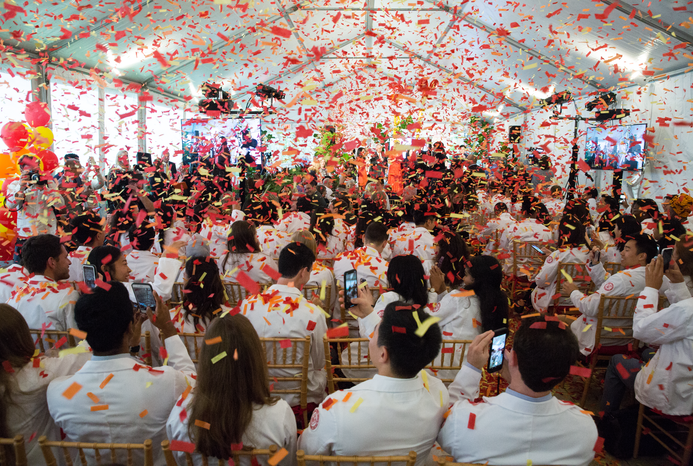 Weill Cornell Medicine students celebrate at the 2019 launch of the institution's debt-free initiative.

In 2019, Matthew Moronta had been offered full scholarships to medical schools in Connecticut and California, but Weill Cornell Medicine was his top choice.

Still, Moronta, who grew up in Arizona and is a first-generation American, felt reluctant to ask his parents for financial support. “Growing up, my biggest anxiety was money,” said Moronta, a member of the Class of 2023. “My parents have always been worried about it. So when I was applying to medical school, it was hard for me to think of adding more financial insecurity to not only myself but also my family.”

While he knew selecting a school that was giving him a full ride was the more practical option, he followed his heart and chose Weill Cornell Medicine, preparing in the fall to take on substantial debt. So when the institution announced last September that medical students who qualify for financial aid would now also qualify for a program that would eliminate their debt going forward, it was emotional for Moronta—and confirmation that he had made the right decision. Not only did it ease his anxiety about finances, but it also relieved the pressure he felt to choose a lucrative specialty to pay back his loans. 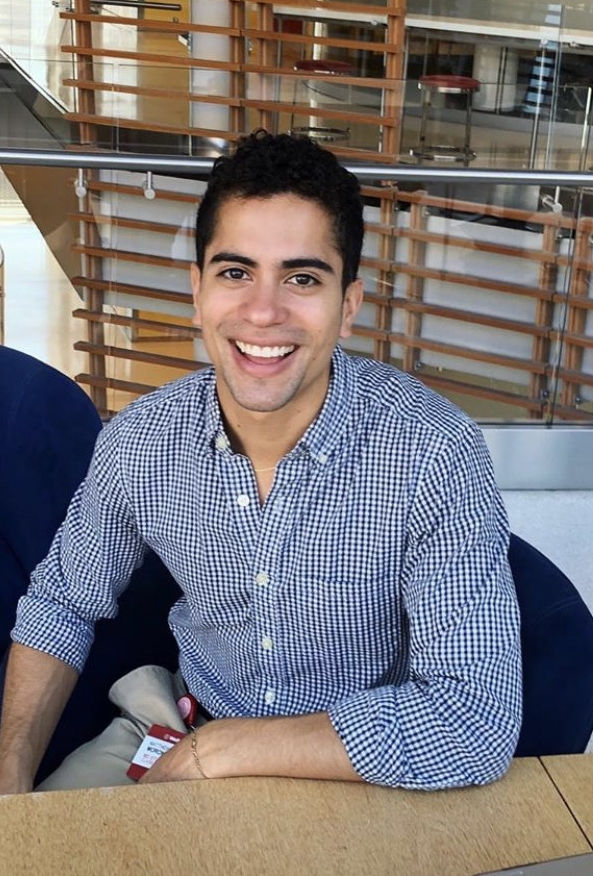 Weill Cornell Medicine’s debt-free initiative, now a year old, expanded the institution’s scholarship offerings to provide debt-free education to all medical students with demonstrated financial need. The program, which replaces student loans with scholarships that cover tuition, housing and other living expenses, was made possible by The Starr Foundation, directed by Weill Cornell Medicine Overseer Maurice R. Greenberg, in partnership with Joan and Board of Overseers Chairman Emeritus Sanford I. Weill and the Weill Family Foundation. Their landmark gifts, and those from other donors that together now total $170 million, ensure that the best and brightest aspiring doctors have the financial support and equal access to careers in healthcare.

“We are extremely proud of our debt-free scholarship program, which supports our institution’s mission of enhancing equity in healthcare and ensures that all aspiring physicians, regardless of their backgrounds, can realize their career goals,” said Dr. Augustine M.K. Choi, the Stephen and Suzanne Weiss Dean of Weill Cornell Medicine. “We are also incredibly grateful to our generous donors who have helped us realize this longstanding goal, allowing students to bring their unique experiences and passions to Weill Cornell Medicine and the practice of medicine.”

“We want to promote equal opportunity for those who might not otherwise consider medical school, or medical school in an expensive urban area like New York City,” said Dr. Yoon Kang, senior associate dean for medical education. “The only way to continue to see diversification of our student body, and ultimately diversification of the healthcare workforce, is if there is a change in the applicant pool, and that goes back to the initial premise of this initiative. Our lens was one of financial equity and equal opportunity.”

For Moronta, who is currently interested in emergency medicine, “the debt-free initiative not only opened the possibility for me to chase my passions and explore what specialty I’m really interested in, but it also opens doors for students who will come after me.”

Historically, more than half of Weill Cornell Medicine’s medical students have received need-based scholarships to help defray the institution’s cost of attendance, which is an average of $90,000 a year, and have taken out loans to cover the difference. Under the new financial aid program, all medical students who qualify for aid are now able to forego that borrowing and have their medical education—including tuition, books, housing, food and related expenses—covered by scholarships. To ensure the program continues in perpetuity, the institution will need to raise additional money to fully fund its scholarship endowment.

Of the Class of 2024’s 87 medical students, 74 percent qualified for the debt-free program, an increase of 5 percent from last year. Students pursuing dual M.D.-Ph.D. degrees, 19 in this year’s entering class, receive full tuition and stipends for living expenses from the National Institutes of Health and Weill Cornell Medicine. Therefore, 78 percent of students in the first incoming class since the initiative launched are getting scholarship support from the institution.

The program’s primary goals are enhancing equity in medical education and diversifying Weill Cornell Medical College’s academically exceptional applicant pool. According to the Office of Medical Education, in the initiative’s first year, both the total number of applicants increased as well as the number of underrepresented in medicine (URM) applicants—defined by the Association of American Medical Colleges as racial and ethnic populations that are underrepresented in the medical profession relative to their numbers in the general population. There was also an increase in applicants from public institutions versus private, and from a broader swath of the country, beyond the traditional applicant pools in California and the Northeast. As the applicant pool broadened, significantly, there was no change in median GPA or MCAT.

Of the incoming class, which is made up of 29 percent URM students, an increase of more than 5 percent from the previous year, the overwhelming majority of students who responded to a survey said the debt-free program influenced both their decision to apply to Weill Cornell Medicine and their decision to accept the offer to matriculate.

“It’s about leveling the playing field from the very beginning. But we don’t want to stop there,” Dr. Kang said. “Diversifying medical school classes is what will lead to diversification of the healthcare workforce. We want to continue supporting a level playing field to promote success through medical school and as these students graduate and go on to train in various fields of medicine and serve a breadth of patient populations in different communities.” 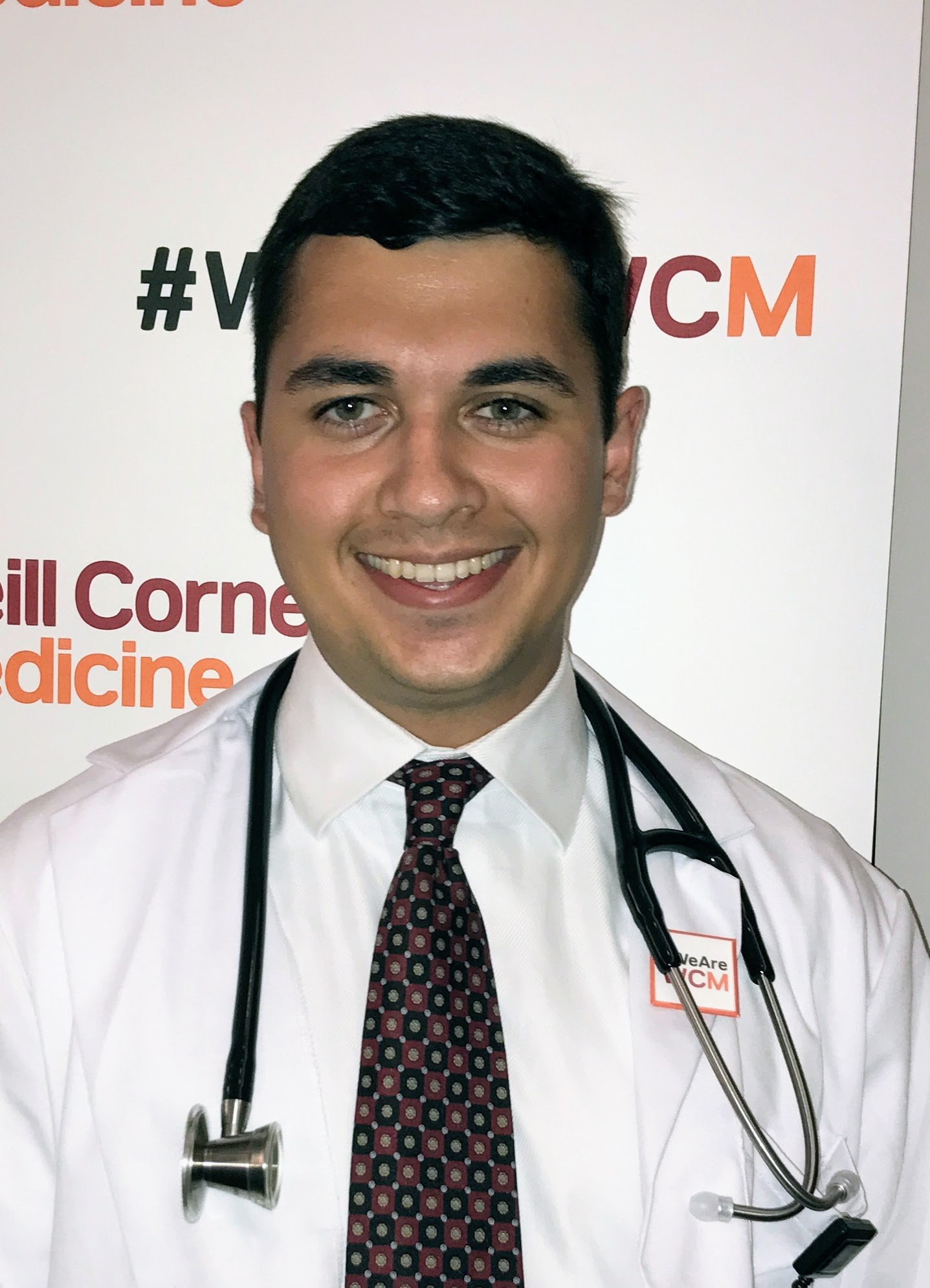 For fourth-year student Hector Mora, who decided to pursue internal medicine because of the long-term relationships he could form with patients and the opportunity to treat a breadth of conditions, knowing he now has much less debt than he’d imagined at the beginning of medical school has been significant.

“Now that I’m almost at the end of my studies, and graduating with less debt, I feel totally comfortable pursuing a field that may not be as lucrative as some of the sub-specialties, but is what I truly love,” Mora said. “Not having that extra burden weighing on you, seeing those loans increasing month after month due to interest, was an amazing relief.”

Mora emigrated with his parents from Chile to Florida when he was 3 years old and was the first in his immediate family to go to college. His parents always worked two to three jobs.

“For them, there was always that feeling of wanting to do more without being able to,” he said. “Now that medical school is debt free for us since last year, it’s a huge pressure off of them, and off of me, knowing that now I can just focus on my education.”