Swarna Jeewajee was 8 years old when she lost her hearing due to complications from chronic ear infections. Yet she always felt comforted and well cared for by the healthcare professionals who treated her growing up in Quatre-Bornes, Mauritius, the island nation located off the southeast coast of Africa, as well as by the physician who restored her hearing with surgery two years ago – experiences that piqued her own interest in healing the sick.

Now a first-year medical student at Weill Cornell Medicine, Jeewajee reflected on her journey as she and her 105 classmates logged in on Aug. 18 for an online matriculation ceremony that welcomed them to the start of their medical training at the institution. At the ceremony’s heart was a reading by faculty members of the Hippocratic Oath, which new doctors recite as they graduate from medical school. In 2005, Weill Cornell revised the oath so it would better reflect contemporary issues, including an emphasis on a doctor’s duty to advocate for patients and strive for justice for the sick. Though the students themselves won’t formally take the oath until graduation day, they were asked to listen and consider its significance and meaning to their medical education and careers. (Earlier in the day, the entire Class of 2024 participated in small remote-learning groups – led by Dr. Joseph J. Fins ‘86, the E. William Davis, Jr., M.D. Professor of Medical Ethics, who spearheaded the recasting of Weill Cornell Medicine’s version of the oath in 2005 – in which they explored and adapted the solemn words to fit their ideals and values.) It was an emotional moment for Jeewajee, who cried when she heard the oath said aloud.

“It really resonated with me because that was my main motivation to pursue medicine—so I could become a doctor myself and hopefully make a difference in other people’s lives in the same way that they made a difference in mine,” said Jeewajee, 23, who is entering Weill Cornell Medicine’s Tri-Institutional MD-PhD Program and has an interest in oncology.

In a typical academic year, the Class of 2024 would have gathered during their first week on campus for Weill Cornell Medicine’s annual White Coat Ceremony, a rite of passage into the field of medicine that includes formal presentation of a short white coat and stethoscope to each student by a member of the Weill Cornell Medicine faculty. Instruction for first-years will take place virtually for the fall semester because of the COVID-19 pandemic, so this special tradition has been postponed to a later date, once the students reconvene on campus and can celebrate together. Instead, the new students participated remotely in the matriculation ceremony, which honored their commitment to becoming healers. 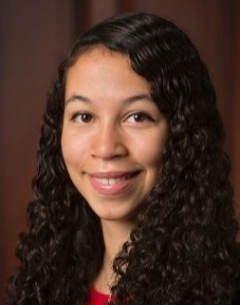 “We are excited to have you at Weill Cornell, especially at a time when the practice of medicine is so critical to the well-being of our society,” said Dr. Augustine M.K. Choi, the Stephen and Suzanne Weiss Dean of Weill Cornell Medicine. “You will start off learning in a unique environment, but I know you will emerge ready to face the challenges of the 21st century.”

The ceremony offered the students a chance to reflect upon this new phase of their lives, one that they never expected would begin amidst a global health crisis. After simultaneously earning bachelor’s and master’s degrees in political science from Yale, Leslie Bull, 29, of Arlington, Virginia spent six years working in politics and the federal government. Bull was deeply affected by the work she did to help address public health issues in the United States, Haiti and Niger, and she realized she wanted to aid those in need in a more hands-on way.

“We’re being forced to examine some important things like racial and social justice, the frailties of the current insurance system, and our preparedness for public health crises. I think the pandemic has put a new focus and urgency on those questions, and I’m joining a community of people who might have a chance of answering them,” Bull said. “I honestly can’t think of a better time to be starting medical school.”

Born and raised in Mexico City, Allan Enriquez, 35, also decided that he could make a bigger impact by changing careers. He studied political science and philosophy at the University of Michigan before attending the UCLA School of Law, and worked as a civil litigation attorney who often represented clients whose health was affected by their legal difficulties.

“I saw the need for JD-MDs who devote themselves to community health,” Enriquez said.
“My ultimate goal is to combine law and medicine to advocate for improved healthcare access for all.”

Alexander Bang, too, hopes to become involved in clinical research that leads to more equitable healthcare. When he was young, his parents—who came to the United States from Vietnam in the 1990s—were uninsured. Later, as an undergraduate at UC Berkeley, he served as a volunteer, conducting STD tests at a free community clinic that was founded to address the healthcare needs of LGBTQ people. “I’ve seen firsthand the health disparities that exist,” said Bang, 23, of San Jose, California. “It really opened my eyes and made me want to take care of people, especially those from immigrant and other underserved communities.”

The incoming class has a wide range of backgrounds and experiences, adding to a culture of diversity and inclusion at Weill Cornell Medicine that will enrich patient care, biomedical discovery and learning. Women make up nearly half of the class, and 29 percent are from underrepresented groups in medicine. Students were born in 17 different countries and have attended 49 different undergraduate colleges. Twenty-two percent are first-generation college students. Eight students have already earned graduate degrees, and many have lived, studied and worked in countries around the world.

“Class of 2024, you are entering medicine at an extraordinary time in our nation’s history. Physicians are needed now more than ever,” said Dr. Yoon Kang, senior associate dean for medical education. “We are confident that you will make a difference in the lives of your patients, and a profound impact on the landscape of academic medicine in the years to come.” 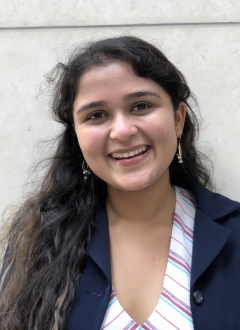 During her keynote speech, Dr. Mary E. Choi encouraged the first-year students to learn from the challenges presented by the unprecedented circumstances of the pandemic as they start their medical and scientific studies. Just as there is uncertainty as the world struggles against COVID-19, Dr. Choi noted that there is much uncertainty inherent to the practice of medicine.

“Try as we might, there are many things that are simply beyond our control,” said Dr. Choi, a professor of medicine in the Division of Nephrology and Hypertension at Weill Cornell Medicine and a renowned physician-scientist. “Starting medical school during these times may make you even stronger and more resilient as a physician, more empathetic with your patients, with a deeper understanding of the vagaries of the human condition.”

Despite the virtual ceremony, Diksha Brahmbhatt, 23, who is from the Elmhurst section of Queens, felt a sense of connection to her classmates and faculty. She appreciated, too, that Weill Cornell Medicine’s leadership stressed a commitment to equity and diversity in medicine when addressing the group of doctors-to-be—something that is deeply important to Brahmbhatt, whose parents immigrated from India and have had difficulty obtaining quality healthcare. “Even without the formality of an in-person ceremony, the gravity of the journey we’re about to embark upon was certainly there,” she said.