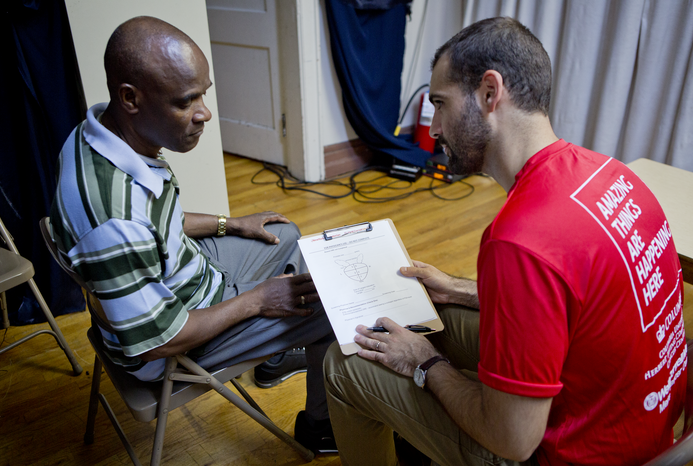 Dr. Erica Phillips, (below, left), and David Nanus, MD (below, right), speak at a prostate health fair in September at Brooklyn’s Vanderveer Park United Methodist Church, where participants received not only information but diagnostic testing and individual consultations.

Physicians and public health researchers have long sounded the alarm about the high incidence of cardiovascular disease in economically disadvantaged urban neighborhoods compared with more affluent ones—a bleak reality driven by a variety of factors including limited availability of fresh produce, higher smoking rates, less access to quality medical care and fewer venues for physical exercise. But in recent years, another disturbing disparity has become increasingly evident: that residents of underserved areas are also diagnosed with cancer—and die of the disease—at disproportionate rates. “The two go very much hand in hand,” says Dr. Erica Phillips, (MD, MS ’03), an associate professor of clinical medicine at Weill Cornell Medicine, “because the behaviors that increase adults’ risk for developing heart disease and cancer are actually more the same than they are different—such as excess weight, excess alcohol, physical inactivity, tobacco use, and low fruit and vegetable consumption.” 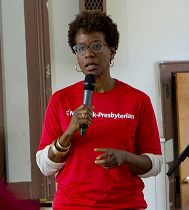 In New York City, that disparity is most stark in Brooklyn, a borough that has become the focus of outreach efforts by Weill Cornell Medicine and several partners—including the Sandra and Edward Meyer Cancer Center, the Cornell Center for Health Equity, NewYork- Presbyterian/Weill Cornell Medical Center, and NewYork-Presbyterian/Brooklyn Methodist Hospital—that aim to close that gap. As Dr. Phillips and colleague Dr. David Nanus, the Mark W. Pasmantier Professor of Hematology & Oncology in Medicine, told an audience at Flatbush’s Vanderveer Park United Methodist Church last summer, cancer is now the leading cause of premature death before age 65 throughout the borough; 2016 figures from the New York State Public Access Cancer Epidemiology Data put Brooklyn’s annual cancer rate—about 11,500 cases—as the highest in the five boroughs. Since spring 2018, Dr. Phillips, Dr. Nanus and colleagues have been working with community groups and other stakeholders—including faith organizations, social service agencies, housing advocates and groups that teach English as a second language—to strategize the best way to encourage lifestyle habits that lower the risk of cancer and heart disease. They’re concentrating their efforts on four neighborhoods: Bedford-Stuyvesant, Flatbush/East Flatbush, Crown Heights/Prospect Heights and Coney Island. “Our focus is on, how do we help individuals become more educated and aware of behavior changes that can help reduce the risk of both conditions?” says Dr. Phillips, who is also associate director of community outreach and engagement at the Center for Health Equity and herself a Brooklyn native who still makes her home there. “What we’ve generally heard—from our community round tables, our health educators, and the conversations we’ve had with our partnering groups—is that individuals and communities are tired of being told by physicians and the healthcare system, ‘Don’t do this, don’t do that, or this bad thing is going happen,’ rather than truly talking about wellness and how to live healthier within your environment.” 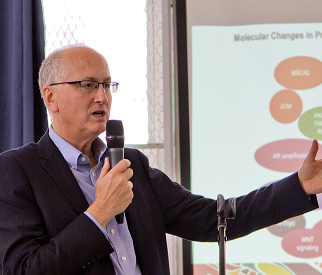 For Brooklynite Donna Yearwood, it’s no mystery why people salt their food, drink sugary sodas and opt for that side of fries: it all tastes good. But when it comes to encouraging healthier choices, she agrees that a wagging finger is far less effective than solid education about why those dietary habits can have negative consequences, and practical ways to make better choices. After Yearwood’s church, St. George’s Episcopal in Bedford-Stuyvesant, joined in the Weill Cornell Medicine-led effort, she volunteered for training as a peer educator. She’s since taught two sessions of a course called HeartSmarts, each with about a dozen students—covering such topics as why excessive salt consumption can lead to high blood pressure; the value of swapping soda for flavored water; and easy ways to increase physical activity, such as getting off the bus a stop early. (A faith-based program aimed at teaching underserved communities about cardiac health, HeartSmarts was developed by Dr. Holly Andersen,  director of education and outreach at NewYork-Presbyterian/Weill Cornell Medical Center and clinical associate professor of medicine at Weill Cornell Medicine, and Dr. Naa-Solo Tettey, coordinator of cardiovascular health education at the Ronald O. Perelman Heart Institute at NewYork-Presbyterian/Weill Cornell Medical Center.) One particularly valuable lesson for both Yearwood and her students: how to decode nutrition labels in the grocery store. “Normally you’d just go in and say, ‘I want this,’ but you don’t realize how much salt or sugar is in it,” says Yearwood, a surgical coordinator at Brookdale University Hospital Medical Center. “I picked up some multigrain crackers and thought they were healthy, but they were high in sodium. That’s something I wouldn’t have known before."

As Dr. Nanus stresses, in addition to adopting healthier habits, there’s another key factor in reducing cancer deaths: getting people screened through routine, age-appropriate testing such as mammograms, colonoscopies and prostate exams. The outreach efforts have included events where residents can get free screenings, such as a prostate health fair held at Vanderveer United Methodist in late September. “If you’re going to get cancer, it’s better to diagnose it early on, because it’s more curable,” says Dr. Nanus, also an attending physician at NewYork-Presbyterian/Weill Cornell Medical Center. “For instance if a patient undergoes a colonoscopy and is diagnosed with a polyp—a pre-malignant lesion—they just need an endoscopy to have it removed, versus if that person doesn’t undergo screening and is later diagnosed with stage-2 colon cancer, they could need surgery followed by chemotherapy.” Dr. Nanus points out that while the official incidence of breast cancer is highest in Manhattan—where more women get screened, are diagnosed, and receive early-stage treatment—the death rate from the disease is higher in the less affluent boroughs; similarly, he says, “If you’re diagnosed with prostate cancer in Brooklyn, you have a two and a half to three times greater chance of dying of it than if you’re diagnosed in Manhattan. It’s not just about incidence; it’s also the chances of being cured.”

While the Brooklyn outreach efforts have a research component—for example, neighborhood residents enrolled in the eight-week HeartSmarts program track their blood pressure and weight throughout the course, and they report their rates of behaviors like exercise, smoking and alcohol consumption before and after taking it—that’s not the focus, Dr. Phillips says. “Our initial programming is all service based,” she says. “It’s not always the most astute or best way to engage communities by walking in and saying you want to study them. We do collect information so we can show programmatic reach—and we feed that information right back to the organizations. At the end of each eight-week course, we give the participants a report that says, ‘These are the things you improved on.’ ” As for Yearwood: she’s practicing what she preaches. She’s made such changes as opting for smaller portions, taking the stairs instead of the elevator, eating more vegetables and eschewing fried foods in favor of healthy options like kale salad. “Knowledge is the key,” says Yearwood, whose HeartSmarts students included both her parents. “A lot of the changes are small, but they’ll help you live longer and healthier.” 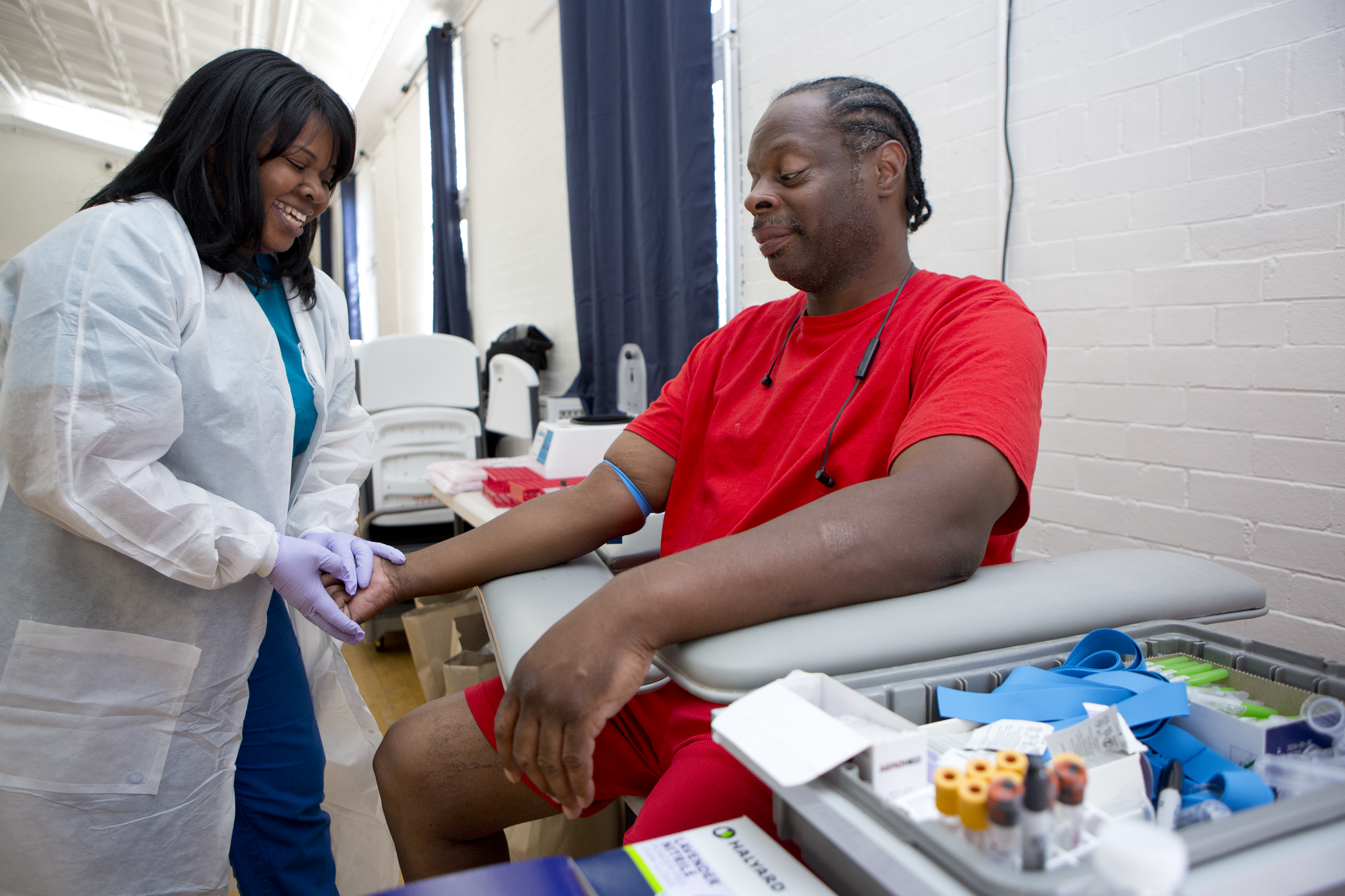