What Is Known About COVID-19 and Abnormal Blood Clotting 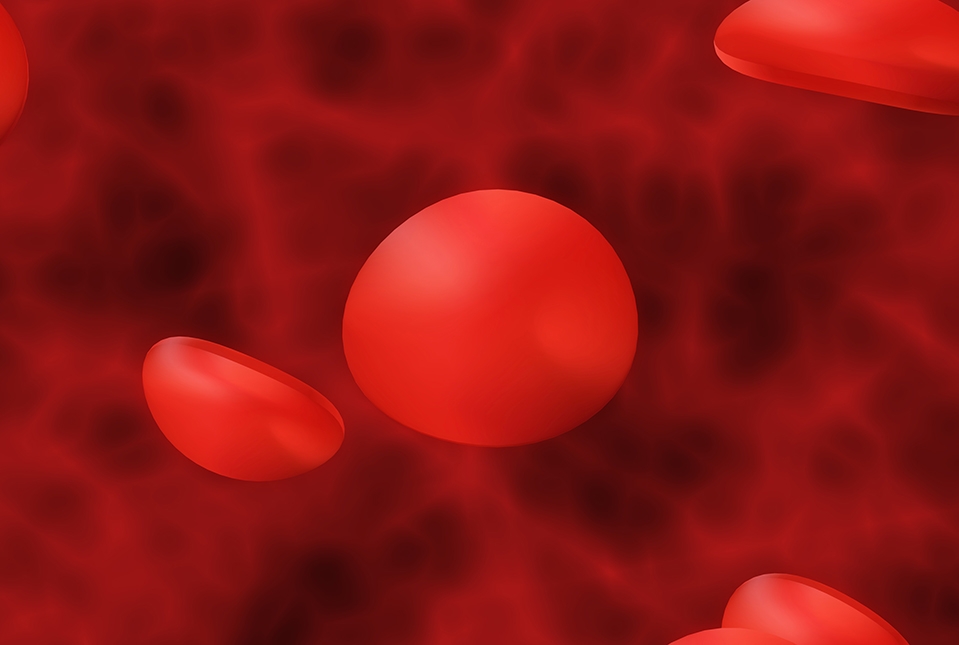 Dr. Jeffrey Laurence, a professor of medicine in the Division of Hematology and Medical Oncology at Weill Cornell Medicine and a hematology and oncology specialist at NewYork-Presbyterian/Weill Cornell Medical Center, and his colleagues authored a paper in Translational Research in early April that sounded the alarm about abnormal blood clotting—which prevents blood flow—in severe COVID-19 cases. He answered questions about the phenomenon and how he and his Weill Cornell Medicine colleagues are continuing to study treatments for blood clotting in these cases. You can also read more about this issue and the latest developments here.

What is the clotting problem that you and other doctors are seeing in severe COVID-19 cases?

Many COVID-19 patients in the ICU are developing blood clots, including clots in small vessels, deep vein thromboses in the legs, clots in the lungs, and stroke-causing clots in cerebral arteries. This has been happening even though these patients, in accordance with standard intensive care practice, are put on blood thinner drugs such as heparin to prevent clots as soon as they come to the ICU. This COVID-19-related clotting often does not respond well to standard prevention methods and, in some cases, to standard treatments, even with high doses of blood thinners.

In what percent of severe COVID-19 cases does clotting occur?

We don’t really know with precision—it depends on the severity of the COVID-19 case, and on how strongly you look for clotting. In many cases, an ICU patient will be hooked to a respirator and/or kidney dialysis machine, and while you can use bedside ultrasounds to look for clots in the arms and legs you can’t easily put them in a scanner to look for clots in the lungs. We first became aware of the prominence of the clotting problem when a patient was admitted to the ICU and developed an unusual rash. A skin biopsy showed that the rash was a consequence of many clots in the small blood vessels of the patient’s skin. Within days, we saw similar skin changes in other patients caused by clotting, and then demonstrated the same thing in small blood vessels of the lungs of critical COVID-19 patients.

In other examples of unusual clotting problems, a group of doctors in Paris reported recently that in a series of 29 severe COVID-19 patients who had kidney injury and were on dialysis, which is essentially a blood-filtering system, 28 of them experienced repetitive clotting that blocked access to their dialysis filter, despite the fact that they were on the usual anti-clotting medications prescribed in an ICU setting. Another recent study found that in a set of 400 hospitalized COVID-19 patients, the overall rate of clotting was 10 percent and the rate of confirmed venous thromboembolism, mainly deep vein thrombosis, was 5 percent.

Are there evident risk factors for this abnormal clotting?

The risk factors are the same as the risk factors that have already been noted for severe COVID-19, such as being older, being male, having obesity or having diabetes.

Large studies have found that being female reduces the risk of severe COVID-19 by about 20 percent, and that risk reduction would be even stronger if you considered only people in the community, not in nursing homes where females are overrepresented. Males, people who are obese, and diabetics tend to have higher baseline levels of certain pro-inflammatory molecules linked to severe COVID-19, which may explain why they are more prone to it.

There is also some preliminary evidence that certain kinds of immune suppression may be protective. Researchers are now investigating whether patients who have AIDS, for example, or are taking immunosuppressant drugs following an organ transplant, may get severe COVID-19 less often than average.

Is this clotting a significant cause of death in severe COVID-19 cases?

It’s hard to know for sure, because the clotting problem is apt to go undetected. Most often the cause of death in severe COVID-19 is respiratory failure, and that can be due to pneumonia, including a secondary bacterial or fungal pneumonia. But it may also be due to clotting. The lungs of people who die of respiratory failure due to COVID-19—especially if they have not yet been on a ventilator—often do not show the kind of damage seen in people who have died of other acute respiratory distress syndromes. Instead the lung tissue usually will have blood clots in the small vessels, which hints that clotting is at least contributing to the respiratory failure.

What do you think is causing this extreme clotting?

In our initial analyses of lung and other clot-filled tissue from COVID-19 cases, we found that the clots in small blood vessels are accompanied by the deposition of immune molecules called complement proteins. When activated in what is called the complement cascade, complement proteins can powerfully mobilize other elements of the immune system, leading to a hyper-inflamed state. They also can injure or kill infected cells and can promote the formation of blood clots while inhibiting natural clot-preventing factors in the blood. We found evidence that the spike proteins that stud the outside of the COVID-19 coronavirus bind to one of these complement proteins, known as MASP2, and this may be one mechanism by which it can directly initiate the complement cascade. In other words, the virus itself may be directly setting off an immune cascade that results in clotting.

In our paper in Translational Research describing our first five cases, we and other doctors noticed that there is an 8- to 9-day interval between the appearance of the first symptoms consistent with mild or moderate COVID-19 and then a sudden worsening that brings the patient to the ER. We suspect that in such cases, the patient’s natural immune defenses and control mechanisms that regulate the complement and coagulation responses may be working effectively during those 8 to 9 days, then are overwhelmed so that the patient requires hospital care.

Is there a better way to treat this clotting if standard blood thinners such as heparin often don’t work well, even at high doses?

Our group, and other physicians in the U.S. and Italy, have been using anti-complement drugs, including eculizumab, a monoclonal antibody that blocks a key complement protein called C5 and was developed to treat rare complement hyperactivation disorders. We hope to formally evaluate eculizumab.

The current standard practice, based on the evidence we have to date, is to put everyone who is hospitalized with COVID-19 on a blood thinner at a minimum, and in many hospitals now, recovering COVID-19 patients are discharged on blood thinners even if normally they wouldn’t need them because we’re so concerned about clotting.

So in your view, many major complications of severe COVID-19 appear to be driven by blood clotting?

Yes—mounting evidence suggests the severe disease is largely driven by an excessive activation of complement and inflammatory pathways, leading to respiratory symptoms, kidney failure and other potentially lethal complications such as strokes.

What gave me a clue to the importance of complement was a study published about two years ago. The researchers in that study found that knocking out the complement system, either genetically or by giving anti-complement drugs, protected mice from severe disease when they were exposed to the SARS coronavirus, which is closely related to the new SARS-CoV-2 coronavirus that causes COVID-19.

Another interesting thing those researchers reported was that the virus levels were about the same in the normal mice that got sick, and in the mice that lacked complement and didn’t get sick. Similarly, in a study from China early in the COVID-19 outbreak there, doctors found that some of their mildest cases had orders of magnitude more virus in their blood and lungs, compared to severe cases. These results suggest that the coronavirus doesn’t really matter so much, once it has set off this cascade of immune-related problems in the patient.