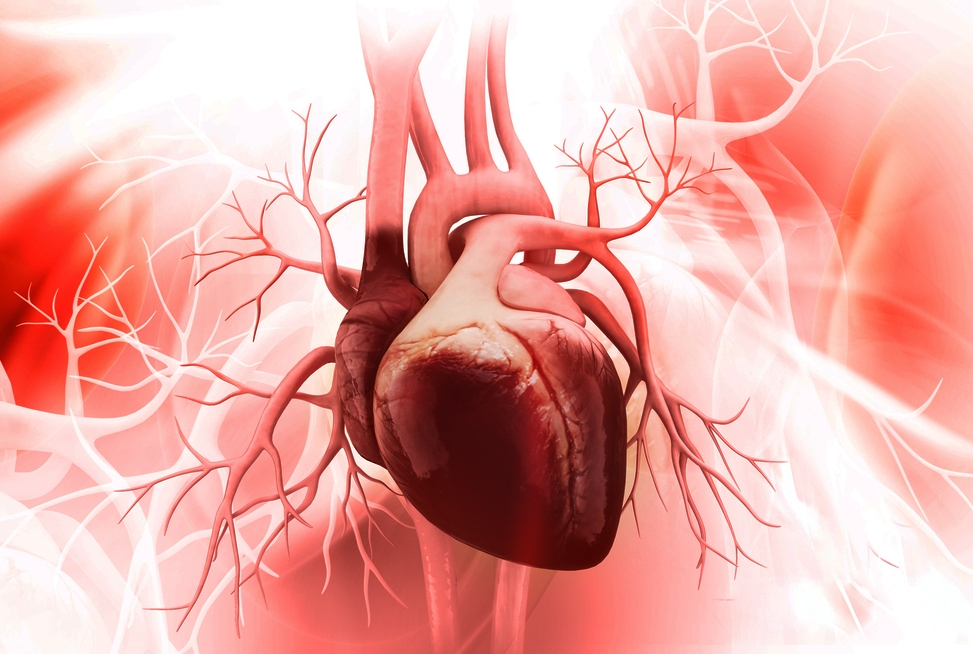 Illustration of the anatomy of the human heart. Credit: Shutterstock

One method for coronary artery bypass surgery is linked to a significantly lower risk of death, heart attack, or the need for a new surgery compared to the most commonly chosen one, according to an international study led by Weill Cornell Medicine and NewYork-Presbyterian heart surgeons. The findings could encourage a change in United States guidelines on the procedure and has already led to an update of European guidelines.

The surgeons, whose findings appear July 14 in the Journal of the American Medical Association, analyzed pooled data on patients from five clinical trials that compared two of the vessels most often used for heart bypass surgery, the radial artery of the forearm and the saphenous vein of the leg. They found that in the ten years following surgery, the cumulative rate of a bad outcome was about 27 percent lower when bypassing a blocked coronary artery using radial artery grafts, compared to saphenous vein grafts.

Doctors perform several hundred thousand of these surgeries in the United States, and more than 1 million worldwide each year.

“This study shows the power of international collaboration and data sharing, and we hope it will influence practice in this common cardiac surgery for the benefit of patients,” said lead investigator Dr. Mario Gaudino, Stephen and Suzanne Weiss Professor in Cardiothoracic Surgery at Weill Cornell Medicine and a cardiovascular surgeon at NewYork-Presbyterian/Weill Cornell Medical Center.

Coronary artery bypass grafting, or CABG, typically is done in order to restore normal or near-normal blood flow when one or more of the small arteries serving the heart muscle has been narrowed by fatty buildup called atherosclerosis. The procedure involves bypassing the blocked coronary artery with a grafted vessel taken from elsewhere in the body. Surgeons generally use an internal thoracic artery and the most commonly chosen conduit to complete the revascularization is the saphenous vein of the leg. The radial artery of the forearm is used less commonly.

The saphenous vein has been a popular choice because it is relatively easy for a surgeon to access and use and is generally long enough for any coronary bypass. However, as a vein, it is anatomically different than an artery, and studies have suggested that saphenous vein grafts over time are more prone to develop atherosclerotic blockages, compared to radial artery grafts.

It had been less clear that saphenous vein grafts have markedly worse long-term clinical outcomes, such as heart attacks and death. Dr. Gaudino and colleagues recently set up the Radial Artery Database International Alliance (RADIAL) to help resolve the issue, and in 2018 they published an analysis of pooled data from five international clinical trials comparing the two types of grafts.

The results suggested that radial artery grafts had better outcomes, but mostly because saphenous vein grafts needed repeat revascularization more often in the five years following surgery. The relatively small number of heart attacks and deaths in the clinical trial patients in those five years left it somewhat unclear that radial artery grafts were superior on those outcomes.

In the new study, the surgeons analyzed data on extended follow-ups of 1,036 patients for a median period of ten years and obtained more conclusive results. They found that in the 10 years following bypass surgery, the cumulative rate of heart attack or death was 23 percent lower, with a high degree of statistical significance, for those with a radial artery bypass compared to those with a saphenous vein bypass. The cumulative rate of death, heart attack, or replacement of the bypass was 27 percent lower for the radial artery bypass group. A significant difference in survival in favor of the radial artery was also noted.

Dr. Gaudino noted that surgeons’ guidelines in Europe have already been updated to reflect the better outcomes expected with radial artery CABG.

“We hope that these new results will prompt a similar update in U.S. practice guidelines,” he said.