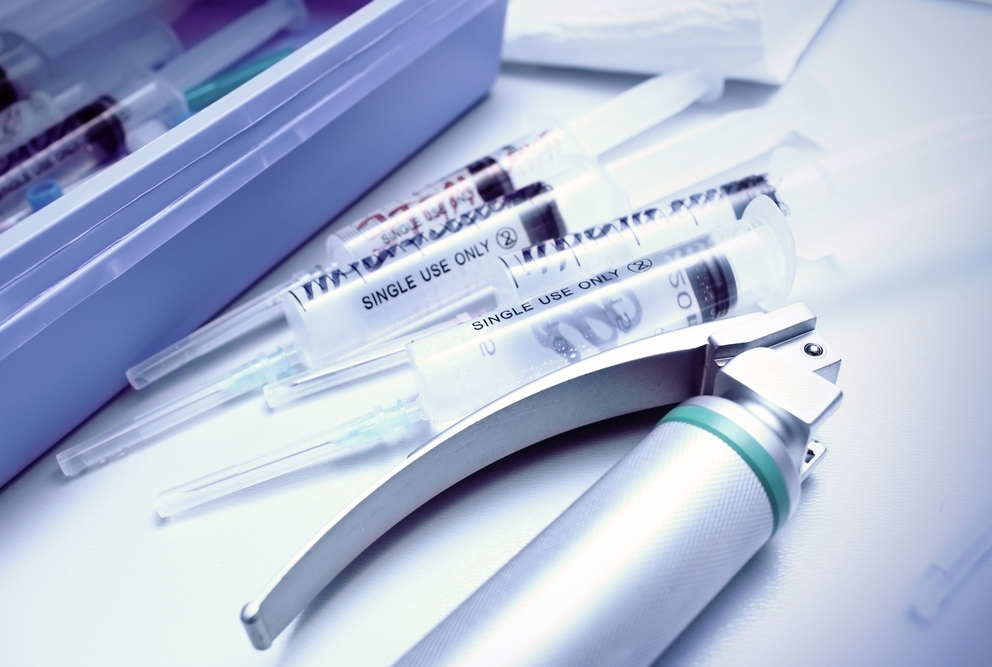 Table with syringes and a medical laryngoscope. Credit: Shutterstock

A common ear, nose, and throat (ENT) office procedure that involves examining a patient’s throat, known as a laryngoscopy, does not produce aerosol droplets any more than speaking or breathing, according to a study published by Weill Cornell Medicine and NewYork-Presbyterian investigators in the July 16 issue of The Laryngoscope. Laryngoscopy and other respiratory procedures have caused concern for the possibility they would be linked to increased rates of SARS-CoV-2 infection among ENT professionals. This could occur if patients expel during a procedure a significant level of aerosolized particles, light droplets from actions like breathing or speaking that can stay in the air for hours. For a laryngoscopy, a clinician uses an endoscopic device to look into a patient’s throat and larynx, or voice box, to investigate a cough or sore throat, remove an object that’s stuck, or take tissue samples.

The investigators performed laryngoscopies on one male and one female faculty volunteer at the Sean Parker Institute for Voice at Weill Cornell Medicine. They used an optical particle sizer with an internal laser system to count the number of particles in the air based on amount of light scattered. No aerosols were generated above those normally produced by breathing, speaking, coughing or sneezing, they found. Clinicians should wear surgical masks or consider use of N95 masks during the exam, the investigators advise. They also recommend continued study of laryngoscopy with more sophisticated aerosol measuring techniques, like interferometric Mie imaging and laser diffractometry.