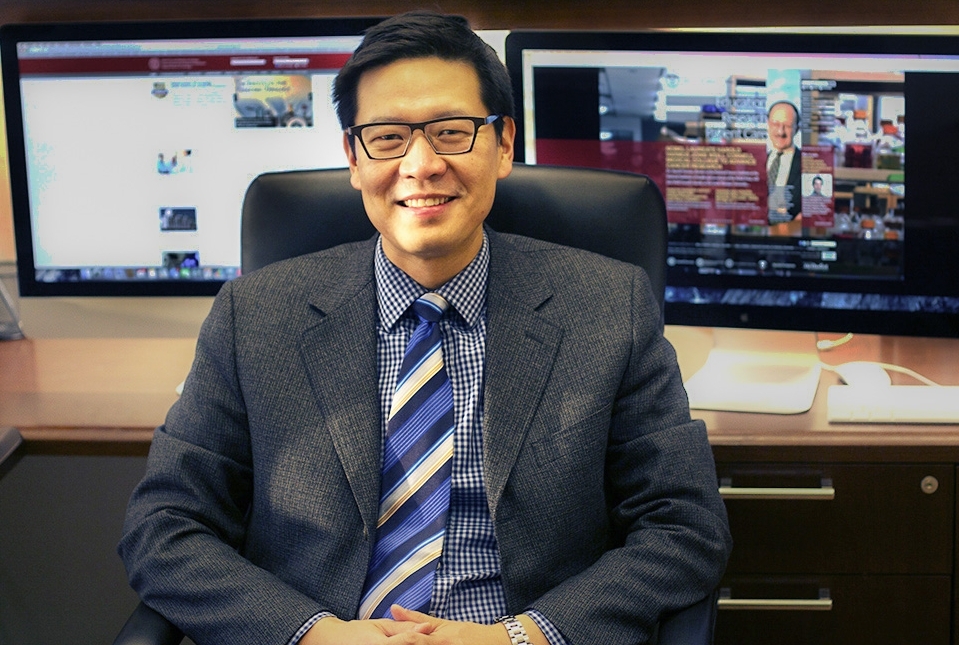 Dr. Jim Hu, the Ronald P. Lynch Professor of Urologic Oncology at Weill Cornell Medicine, has been awarded more than $7 million in funding from the Patient-Centered Outcomes Research Institute (PCORI) for two studies on outcomes of prostate cancer biopsy and treatment. He has also been awarded $2.5 million from the National Cancer Institute to study prostate biopsy. In total, he will receive close to $10 million in federal funding for comparative effectiveness research into better ways to diagnose and treat prostate cancer.

PCORI is an independent, nonprofit organization authorized by the United States Congress to fund research that will provide patients, their caregivers and clinicians with the evidence-based information needed to make better-informed healthcare decisions.

The most commonly diagnosed solid tumor and the second leading cause of cancer death in American men, prostate cancer is diagnosed in about 175,000 men and kills more than 30,000 each year. Meanwhile, about 1 million prostate biopsies are performed annually nationwide, a number that is expected to increase as more patients are treated with active surveillance, a monitoring with curative intent approach, said Dr. Hu, who is also the Director of the LeFrak Center for Robotic Surgery at NewYork-Presbyterian/Weill Cornell Medical Center.

The biopsy trial will compare the standard diagnostic approach, called a transrectal prostate biopsy, with a newer technique known as transperineal biopsy. Both are done with MRI imaging guidance. The research will be in men who have had a previous biopsy; that is they have had a previous negative biopsy but continue to have a suspicious PSA or they need monitoring biopsy on active surveillance. Dr. Hu was also recently awarded a $ 2.5 million grant from the National Cancer Institute to study transperineal biopsy in men undergoing first-time biopsy.

About 97 percent of prostate biopsies are currently done with the transrectal approach, in which a biopsy needle passes at least 12 times from the rectum into the prostate. But despite antibiotics given to patients beforehand to hinder infection, significant infections occur in up to 3-7 percent, and the risk of death due to biopsy is about 1 in 1,000.

Conversely, the transperineal approach passes the biopsy needle through antiseptic-prepped skin between the scrotum and rectum. In addition to potentially cutting the resulting infection rate, this approach offers better sampling of the front of the prostate gland. This region of the prostate gland is where Black men are twice as likely as white men to harbor tumor cells.

“Studies have shown that Black men have a two-fold higher risk of dying of prostate cancer and are also more likely to have cancer cells located farther away from where they can be reached through the trans-rectal biopsy approach,” Dr. Hu said. “That’s why the transperineal approach may do a better job of detecting their tumors.”

“The time was right for us to do a randomized trial because that’s the highest level of evidence to compare different approaches,” Dr. Hu said. “If the risk of infection is less with transperineal, it would represent a safer way to perform biopsies. But we also need to make sure the cancer detection rate doesn’t drop off using it.”

The second study will compare and longitudinally track various newer prostate cancer treatments by gathering adverse events, quality-of-life, such as overall health and urinary, sexual and bowel function and cancer control. Treatments under investigation include stereotactic body radiation therapy, dubbed the “cyberknife,” which requires only five sessions compared to 45 sessions of conventional radiation therapy; and partial gland ablation, which uses heat or cold to kill only the parts of the prostate known to have cancer, compared to traditional treatments targeting the entire prostate.

Men from Los Angeles County and New York State from diverse backgrounds and ethnicities who are newly diagnosed with low- and intermediate-risk prostate cancer comprise the study population.

“We’re going directly to patients to survey self-reported outcomes,” Dr. Hu said, noting that Weill Cornell Medicine is collaborating with four other U.S. institutions to collect the data. “Over three years, we should learn at least early outcomes, to indicate whether these new techniques are effective at maintaining urinary and sexual function.”

To gain patient insight – a priority for PCORI funding – Dr. Hu’s research team sought perspective and advice from the New York City chapter of Us TOO, an international prostate cancer support group.

“In recent years, the rate of metastasis and death has actually increased in men with prostate cancer in the U.S.,” Dr. Hu said. “One in nine men are currently diagnosed with prostate cancer, but one in three have to undergo a biopsy at some point in their lives. So the impact of this funding support is potentially broad and deep because of the number of men affected.”

Dr. Hu’s awards have been approved pending completion of a business and programmatic review by PCORI staff and issuance of a formal award contract.