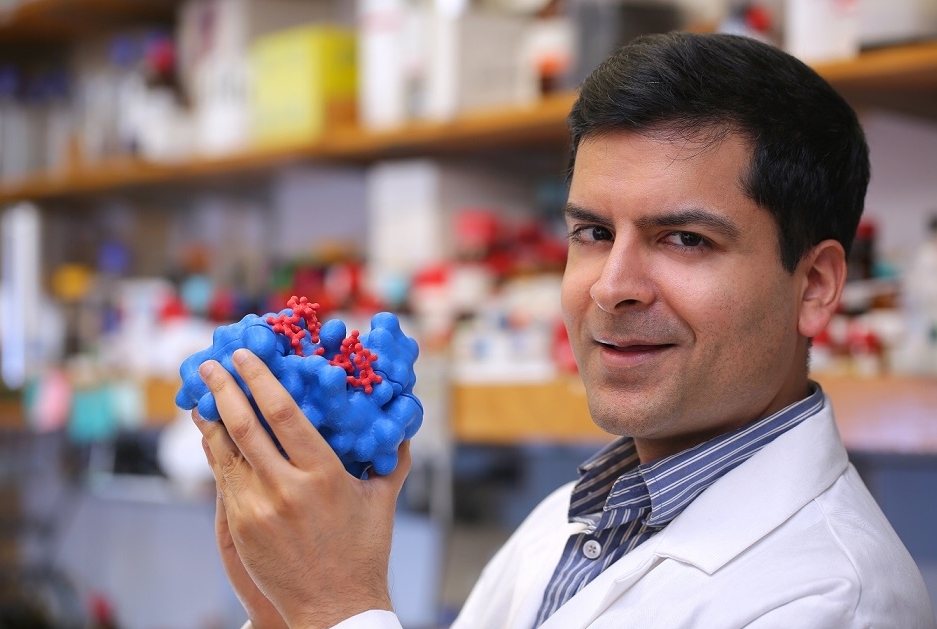 Dr. Samie Jaffrey, the Greenberg-Starr Professor of Pharmacology at Weill Cornell Medicine, has been awarded a Maximizing Investigators’ Research Award (MIRA) from the National Institute of Neurological Disorders and Stroke (NINDS).

The National Institutes of Health created MIRA grants to increase the likelihood of important breakthroughs by providing researchers with greater funding stability and flexibility. The grant will provide Dr. Jaffrey with more than $8 million over eight years to fund a substantial portion of his laboratory’s research on how RNA is regulated in brain cells called neurons. The work will focus in particular on the role RNA plays in neurodevelopmental disorders like Fragile X syndrome, the most common cause of intellectual disability in males.

“Receiving a MIRA grant is an incredible honor and a tremendous opportunity for my research,” Dr. Jaffrey said. “The grant will help to greatly accelerate my work by allowing me to focus more time on research and less on writing grants.”

In 2012, Dr. Jaffrey and his colleagues published a paper in the journal Cell that introduced epitranscriptomics—a field that examines how the addition of chemical marks called methyl groups on messenger RNA (mRNA) influences protein production in cells. His initial study described a method to survey all the mRNAs in a cell to determine the exact location of methyl marks in mRNA. This method has been used by Dr. Jaffrey, as well as researchers throughout the world, to discover how methyl marks change in diverse disease states and how they change when cells respond to their environment. One of his findings is that methyl marks exist on mRNAs that are important for the function of synapses, which are the connections between neurons. Synapse function is abnormal in many neurodegenerative and neurodevelopmental disorders, such as autism or Fragile X syndrome.

“Protein production at these synapses seem to occur at the wrong times and in the wrong amounts,” Dr. Jaffrey said. “We are finding evidence that abnormalities in the chemical modifications to mRNA in neurons contributes to these abnormalities.”

The ultimate goal of the work is to develop therapies that could treat neurodevelopmental disorders.

“If we can understand how to restore the correct pattern of mRNA modifications in neurons, we might be able to develop treatments that restore synaptic function,” Dr. Jaffrey said.

So far, his lab has found a strong connection between Fragile X syndrome and mRNA modifications. People with Fragile X have a mutation in a gene that encodes a protein that is important for synapse function. Dr. Jaffrey said it appears that this protein is responsible for handling mRNAs that have undergone epitranscriptomic modifications.

“Fragile X may fundamentally be a disease of impaired recognition of mRNAs with these modifications,” he said. “As a result, the mRNAs are not being handled and converted into proteins properly. If we can better understand this, we might be able to develop a treatment strategy to address the synapse abnormalities in Fragile X.”

Additionally, the grant funding will be used to develop new techniques that will allow Dr. Jaffrey and his colleges to monitor mRNAs as they move in cells, particularly as they move into the synapses connecting brain cells.

“The techniques will allow us to watch mRNAs moving into synapses, and to see if these movements are what go wrong in diseases such as Fragile X syndrome,” he said.