A Mother’s Mission: Dr. Nicole Serlé Henwood Is Fighting to Find a Cure For Her Son’s Rare Disease 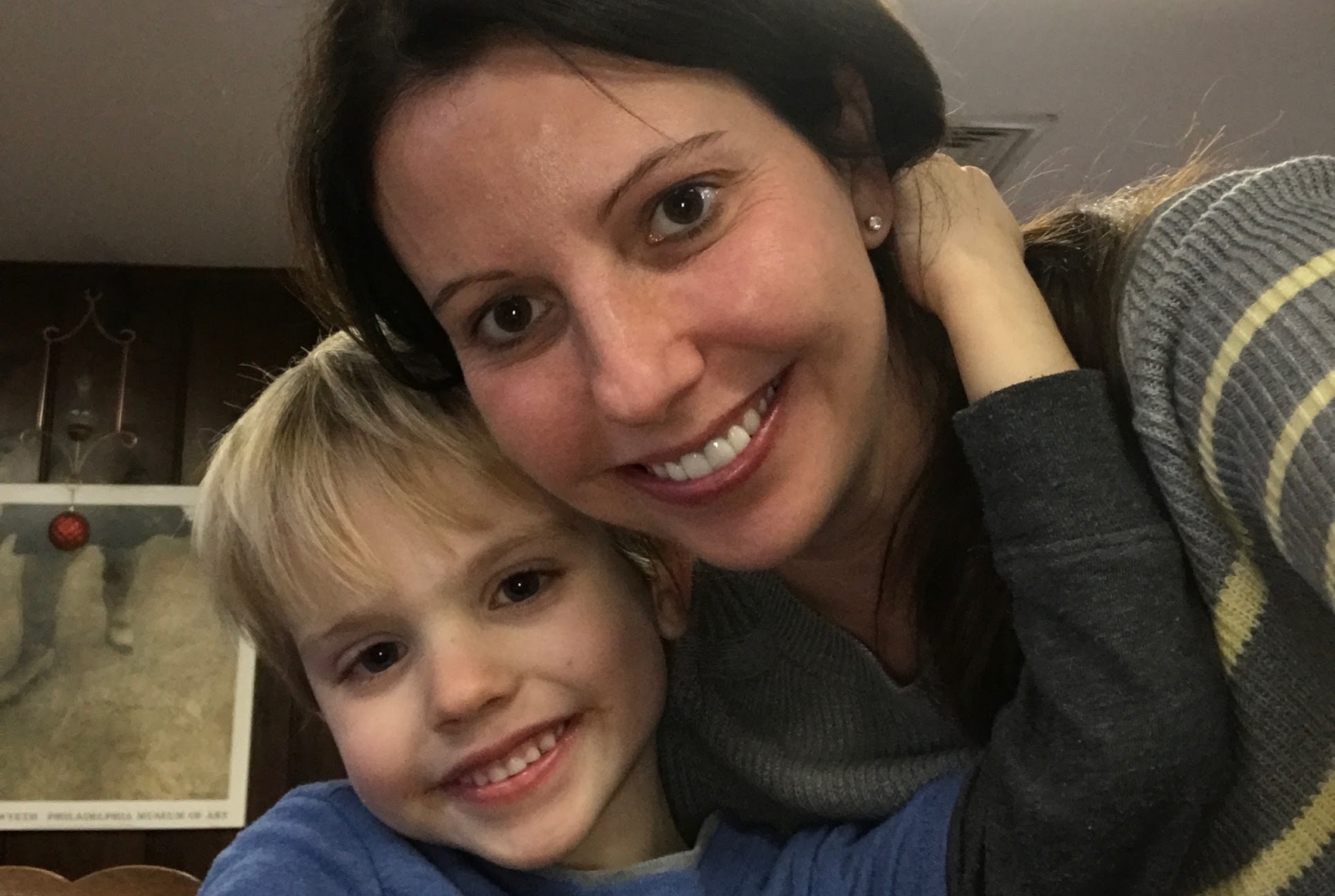 In many ways, A.J. Henwood is a typical seven-year old. He loves his family, nurtures big dreams of playing professional baseball and has a penchant for bringing home stray animals. Aside from slightly imperfect vision and some occasional pain in his left leg, he has always led an ordinary life—which is why his diagnosis came as such a shock. During an eye exam in March 2018, an ophthalmologist saw a freckle-like spot on A.J.’s retina. That, combined with some irregular pigmentation on his body that his pediatrician had deemed benign, indicated that he might have neurofibromatosis 2 (NF2), a rare genetic mutation that causes the growth of benign tumors in the nervous system. A follow-up MRI confirmed it. “I’ll never forget that day,” says A.J.’s mom, Dr. Nicole Serlé Henwood, MD ’06. “It was the scariest, most devastating day of my life.”

The outlook for patients with NF2 can be bleak. While some are managing relatively minor symptoms well into their 80s, others are wheelchair-bound by the time they’re teenagers. Because these non-cancerous tumors can grow anywhere along the nervous system, symptoms vary and can include numbness or pain in the arms and legs, deteriorating eyesight, fluid build-up in the brain, seizures and paralysis. For unknown reasons, the tumors have a strong preference for growing on auditory nerves— and as a result, nearly everyone with NF2 becomes deaf by their 20s. Patients generally receive MRIs every six months to monitor the tumors, and especially large or obstructive growths are surgically removed. But because NF2 is so rare—striking just one in 33,000 people worldwide—there is little financial incentive for drug companies to fund the research that could lead to a cure.

Dr. Henwood is an attending anesthesiologist at Crozer-Chester Medical Center outside Philadelphia. But she says that despite her medical training, in many ways she reacted to her son’s diagnosis like any other parent. “Appointments were a blur,” she recalls. “They throw all this information at you, and you’re like, ‘What just happened?’ ” Faced with her son’s potentially dire prognosis due to the many tumors already growing in his body—and the realization that medical science didn’t have the answers she so desperately wanted—Dr. Henwood decided to take matters into her own hands. She started researching the literature and reaching out to specialists, professional fundraisers and other families affected by the disease. “I read everything I could find on the subject,” she says. “That’s what you have to do. You have to become the expert.” When it comes to research and outreach, she admits, her medical background gives her a leg up. “I think the letters at the end of my name help get people’s attention,” she says. “They respond to my e-mails more than they would otherwise.”

In summer 2018, just a few months after A.J. was diagnosed, Dr. Henwood and four others—including her brother and some other parents of kids with NF2—founded NF2 BioSolutions, a nonprofit with the ultimate goal of finding a cure. It has since raised more than $200,000 and grown into a vibrant grassroots organization including a scientific advisory board, a regional support network and a cadre of volunteers. In late March, it held a workshop attended by some 40 biomedical professionals (including surgeons, neurologists and biotech researchers) focused on outlining a pathway to a cure—which, Dr. Henwood says, will entail funding gene therapy research and partnering with industry to manufacture the resulting treatment. Though the nonprofit lacks the funding that major drug companies would bring to bear on the problem, she notes, “we’re using manpower to make up for it.”

NF2 is just one of thousands of diseases designated as rare by the NIH, meaning that it affects fewer than 200,000 people in the U.S. Some are well-known—like cystic fibrosis, a life-threatening disease that damages both the respiratory and digestive systems, and spina bifida, in which the spinal cord doesn’t develop correctly in the womb. Others are more obscure, such as progeria, which causes rapid aging beginning in childhood and affects less than one in four million people worldwide. But as Dr. Henwood notes: “One in 10 people across the U.S. population is affected by a rare disease—so, actually, they aren’t that rare.” Many of these diseases are considered “orphans” because, due to a small potential market, private companies aren’t inclined to develop treatments for them. The U.S. government has taken steps to incentivize research—notably the 1983 Orphan Drug Act, which provides tax credits and other breaks to drug manufacturers—and institutions such academic centers, nonprofit foundations and the NIH are actively investigating the causes of many rare diseases and developing clinical trials to treat them.

But Weill Cornell Medicine pediatrics professor Dr. Virginia Pascual says it’s not enough. “When you realize that there are close to 7,000 rare diseases, and these institutions are looking at fewer than 200 of those,” says Dr. Pascual, the Gale and Ira Drukier Director of Children’s Health Research at the Gale and Ira Drukier Institute for Children’s Health, “you start to understand that there is so much more work to do.” She notes that numerous investigators at Weill Cornell Medicine are researching such ailments, including autoimmune diseases, forms of anemia, and cancers of the brain and blood. Says Dr. Pascual: “Every patient deserves to have their disease studied.”

That’s where grassroots organizations such as Dr. Henwood’s come in. As she and Dr. Pascual note, such patient-driven activism is becoming more common—and it’s having demonstrable success in promoting and funding research. For example, gene therapies for two orphan diseases—adrenoleukodystrophy and Sanfilippo syndrome (which both cause fatal brain damage)—have been developed and are being tested in pediatric patients, thanks in large part to their parents’ efforts. “We’re building on each other,” Dr. Henwood says. “Every time a parent fights for a cure, they’re seeing results faster because some of the research problems have already been solved.”