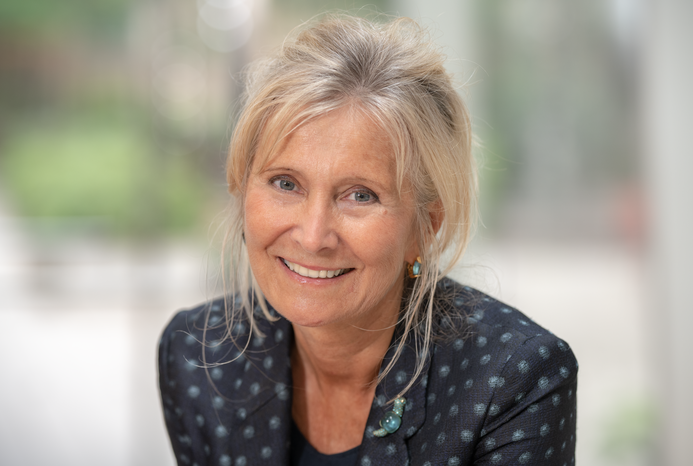 Dr. Silvia Formenti, chair of the Department of Radiation Oncology and the Sandra and Edward Meyer Professor of Cancer Research at Weill Cornell Medicine, and radiation oncologist-in-chief at NewYork-Presbyterian/Weill Cornell Medical Center, has been awarded the 2019 Roentgen Prize for Oncology from the Italian scientific society Accademia Nazionale dei Lincei.

The Roentgen Prize, named for past Accademia member Wilhelm Roentgen (1845-1923), who discovered X-rays, recognizes Dr. Formenti’s strong and ongoing contributions to cancer research. The Accademia dei Lincei is the oldest scientific society in Europe; it was founded in 1603 and included the astronomer Galileo Galilei among its early members. The award was presented to Dr. Formenti on June 20 in Rome by Italy’s President, Sergio Mattarella.

“It’s truly an honor to receive this award, named for such a famous figure in the history of science and bestowed by the oldest scientific society in Europe,” Dr. Formenti said. “This reflects not just my own work, but also the excellence of our radiation oncology team at Weill Cornell Medicine and NewYork-Presbyterian/Weill Cornell Medical Center, and the other extraordinary clinicians and scientists with whom I’ve been privileged to work throughout my career.”

Dr. Formenti has published more than 250 papers in medical and scientific journals. A study she led and published in December 2018 in Nature Medicine highlighted her pioneering use of radiation therapy, which is normally employed to damage tumors directly, to enhance tumors’ susceptibility to immune attack. She and her team showed that adding radiation therapy to an immune-boosting therapy in 39 patients with advanced or metastatic lung cancer led to a strong anti-tumor immune response and greatly extended survival in a third of those treated, with complete remission in several patients.

“Our aim with this ambitious new approach to cancer treatment is to alter the targeted tumor so that it effectively vaccinates the patient, stimulating an immune attack against the treated tumor as well as any metastases,” Dr. Formenti said.

Dr. Formenti also is known for her development of a radiotherapy method for breast cancer that minimizes collateral radiation damage to the heart and lungs.