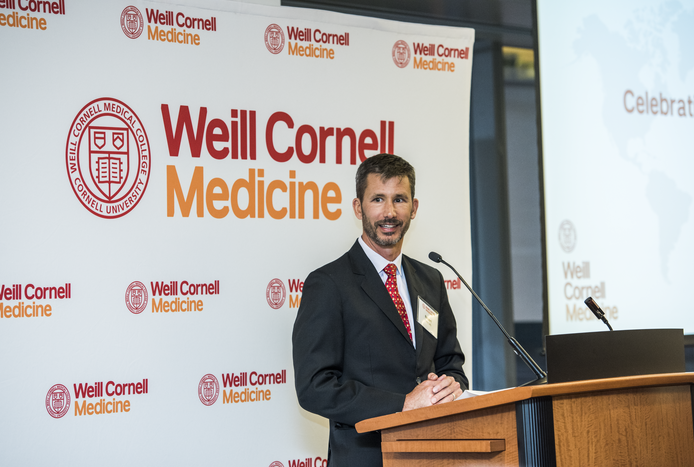 Dr. Robert Peck, an assistant professor of medicine and of pediatrics at Weill Cornell Medicine, has been awarded the 2019 Dr. Nathan Davis International Award in Medicine by the American Medical Association Foundation.

The Dr. Nathan Davis International Award in Medicine recognizes physicians whose work goes beyond the United States border, making an impact on international patient populations. It is part of the American Medical Association’s 2019 Excellence in Medicine Awards, which honor physicians who represent the highest values of altruism, compassion and dedication to patient care. Dr. Peck received the award in recognition of his outstanding international service in the areas of medical practice, medical education and research while a full-time faculty-physician at Weill Bugando School of Medicine in Mwanza, Tanzania. He was honored on June 7 at the association’s annual meeting in Chicago.

“This is a tremendous honor,” Dr. Peck said. “I really appreciate the support that I have received from Weill Cornell Medicine and those who have nominated me. This award is deserved by the whole Weill Cornell community and our partners at Weill Bugando for the work we’ve accomplished together.” 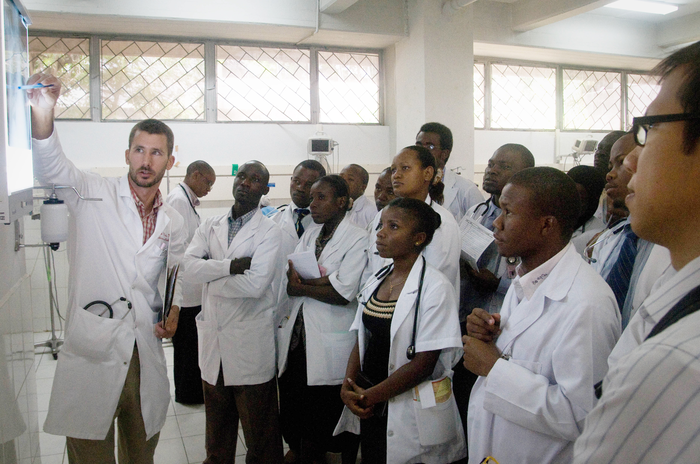 Dr. Robert Peck teaching in the Intensive Care Unit at the Weill Bugando School of Medicine in 2009. Photo provided

As an award recipient, Dr. Peck will receive $2,500 from the AMA, which he will use to purchase books for Tanzanian medical students.

Dr. Peck was in the fifth grade when he accompanied his grandmother to Nairobi, Kenya, where he had the opportunity to observe medical care in a missionary clinic.

“It was there that I watched a Kenyan doctor taking care of hundreds of sick patients all by himself,” Dr. Peck said. “It was the most impactful hour of my life. I remember thinking when I grow up, that’s what I want to do.”

As a medical student at Vanderbilt University, Dr. Peck was introduced to Dr. Daniel Fitzgerald, now the director of the Center for Global Health at Weill Cornell Medicine, who invited him to work in the clinics of the Weill Cornell GHESKIO Center in Port-au-Prince, Haiti. “In Haiti I grew to appreciate the academic model of collaboration involving clinical care, research and education,” he said.

In 2007, Dr. Fitzgerald recruited Dr. Peck to become the director of the Weill Bugando Training Program at the newly established Weill Bugando School of Medicine. Now, 12 years later, Dr. Peck has mentored more than 240 U.S. medical residents, 40 medical students, 19 undergraduates and 10 U.S. global health fellows in Tanzania. With more than 1,000 graduates of Weill Bugando to date, the program is expanding rapidly and currently has 600 medical students.

“I am grateful for Sandy Weill and his generous gifts that have helped establish and strengthen the Weill Bugando School of Medicine,” Dr. Peck said. “Also a big thank you to Drs. Peter LeJacq and Warren Johnson, whose vision and hard work turned the dream of Weill Bugando into reality.”