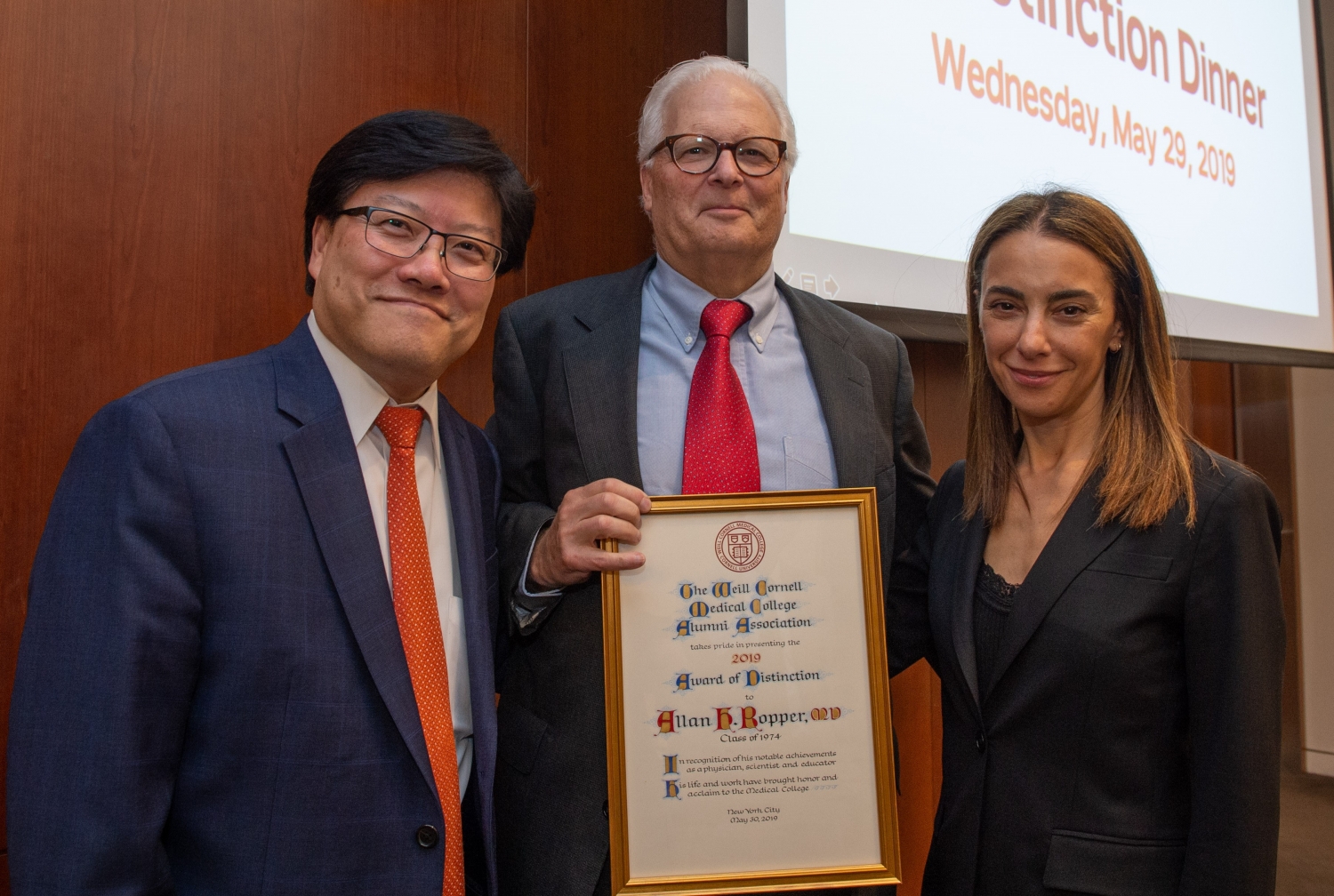 Dr. Allan Ropper, M.D. ’74, the Raymond D. Adams Master Clinician and executive vice chairman of the Department of Neurology at Brigham and Women’s Hospital, has been awarded the Weill Cornell Medicine Alumni Association Award of Distinction.

The award, which was established in 1949, is presented each year to a Weill Cornell Medical College alumnus who has demonstrated outstanding achievement in research, education or patient care, and has brought acclaim to the institution.

“I am moved by this honor and extremely grateful,” Dr. Ropper said. “It makes me highly emotional because medical school was a very special experience for me.”

Dr. Ropper studied engineering and mathematics at Cornell University, where he earned his bachelor’s degree, before choosing to study medicine at Weill Cornell Medical College. After earning his medical degree, he trained in internal medicine at the H.C. Moffitt Hospital in San Francisco. He currently serves as a professor of neurology at Harvard Medical School.

His interest in neurology during medical school ultimately led him to advance the field of neurological intensive care. In 1978, he helped open the Neurological-Neurosurgical Intensive Care Unit at Massachusetts General Hospital – the first neurologic intensive care unit in an academic medical center.

Dr. Ropper is the lead author of “Adams and Victor’s Principles of Neurology,” a widely used textbook now in its 11th edition, and recently became a deputy editor at New England Journal of Medicine. He has also written two nonfiction books about the brain for the general public – “Reaching Down the Rabbit Hole” and “How the Brain Lost Its Mind,” the latter of which is being released in August 2019.

“As a medical school student, I was surrounded by professors with extraordinarily rich personalities who displayed traditional virtues of medicine: putting the patient first, having compassion and using judgment based on sound personal experience,” Dr. Ropper said. “They had a powerful influence on me.”

Dr. Ropper received the award May 30 at the 2019 Weill Cornell Medicine Commencement ceremony.