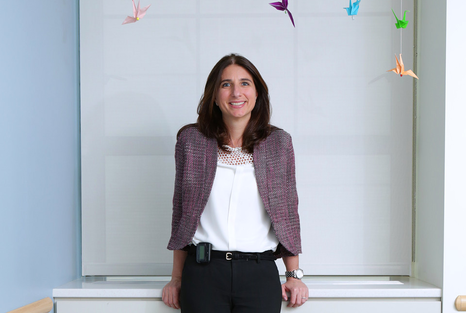 By Krishna Ramanujan and Alyssa Sunkin-Strube

Dr. Lisa Roth, assistant professor of pediatrics at Weill Cornell Medicine, and Dr. Bethany Cummings, assistant professor of biomedical sciences at the College of Veterinary Medicine, have each won a 2018 Hartwell Individual Biomedical Research Award, which will provide support for three years at $100,000 direct cost per year and designation as a Hartwell Investigator. 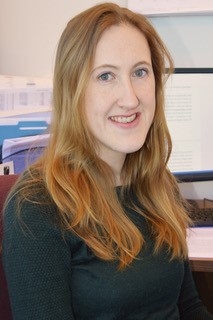 Dr. Roth’s award will support her research into childhood Hodgkin lymphoma, which accounts for 6 percent of all childhood cancers, according to the National Cancer Institute. While chemotherapy can cure up to 95 percent of children diagnosed with the disease, the treatment regimen can cause long-term damage to the heart and lungs, stunt growth, spur infertility and increase the risk of getting a second type of cancer later in life.

Investigators have long sought new treatments that target Hodgkin lymphoma cells without broadly affecting the patient’s healthy cells, with the goal of preventing those toxic side effects. Understanding the disease’s genetic underpinnings is key to realizing that ambition but has been challenging to accomplish: The cancerous Reed-Sternberg cells that are a hallmark of Hodgkin lymphoma typically comprise less than 1 percent of a biopsy and are difficult to amass.

Dr. Roth and her team will use a specialized technique to isolate the Reed-Sternberg cells in 100 biopsies taken from U.S. patients. They will then sequence the cells’ DNA and RNA to discern their genetic compositions, and use their findings to develop the first mouse model of Hodgkin lymphoma to screen new therapies.

This work isn’t just about professional curiosity for Dr. Roth. About six years ago, she was diagnosed with Hodgkin lymphoma.

“I experienced lymphoma on both sides of the stethoscope,” said Dr. Roth, a pediatric oncologist at NewYork-Presbyterian/Weill Cornell Medical Center. “It means so much to me and my family to have this research funding from The Hartwell Foundation that supports work specifically in Hodgkin lymphoma. It’s a cause that is deeply personal.”

Dr. Cummings, whose project is titled “Harnessing the Alpha Cell for Diabetes Treatment,” will use the grant in her ongoing work to cure diabetes, one of the most common chronic diseases in children.

Dr. Cummings’ research focuses on understanding why patients often experience remission of Type 2 diabetes and reduction in symptoms of Type 1 diabetes following bariatric surgery. The answer appears to lie in pancreatic islets – regions of the pancreas where beta cells make insulin and alpha cells make another hormone called glucagon. Insulin is known for decreasing blood glucose, while glucagon increases it and is a major driver of diabetes.

Though the mechanisms are still unknown, Dr. Cummings and her colleagues discovered that following bariatric surgery these alpha cells are induced to make a hormone called GLP-1 instead of glucagon. GLP-1 promotes the function and growth of beta cells, which in turn increases insulin secretion and has a positive effect on metabolizing glucose.

Bariatric surgery has side effects and is not a practical diabetes treatment, but Dr. Cummings is analyzing the biochemical pathway to create a pharmaceutical strategy that recreates the effect of bariatric surgery to regulate blood glucose.

“If I am successful in developing a targeted drug therapy to lower blood glucose by shifting alpha cells from being pro-diabetic to anti-diabetic, the result may mean a cure for diabetes,” Dr. Cummings said.

Since 2006, The Hartwell Foundation has funded early-stage biomedical research with the potential to benefit children of the United States. The foundation’s goal is to select individuals who have not yet qualified for significant funding from outside sources. In 2018, the foundation selected 12 researchers from 10 institutions.

A total of 12 Cornell researchers have received individual awards since 2007.

Krishna Ramanujan is the life sciences writer for the Cornell Chronicle. Alyssa Sunkin-Strube is the newsroom manager for Weill Cornell Medicine.