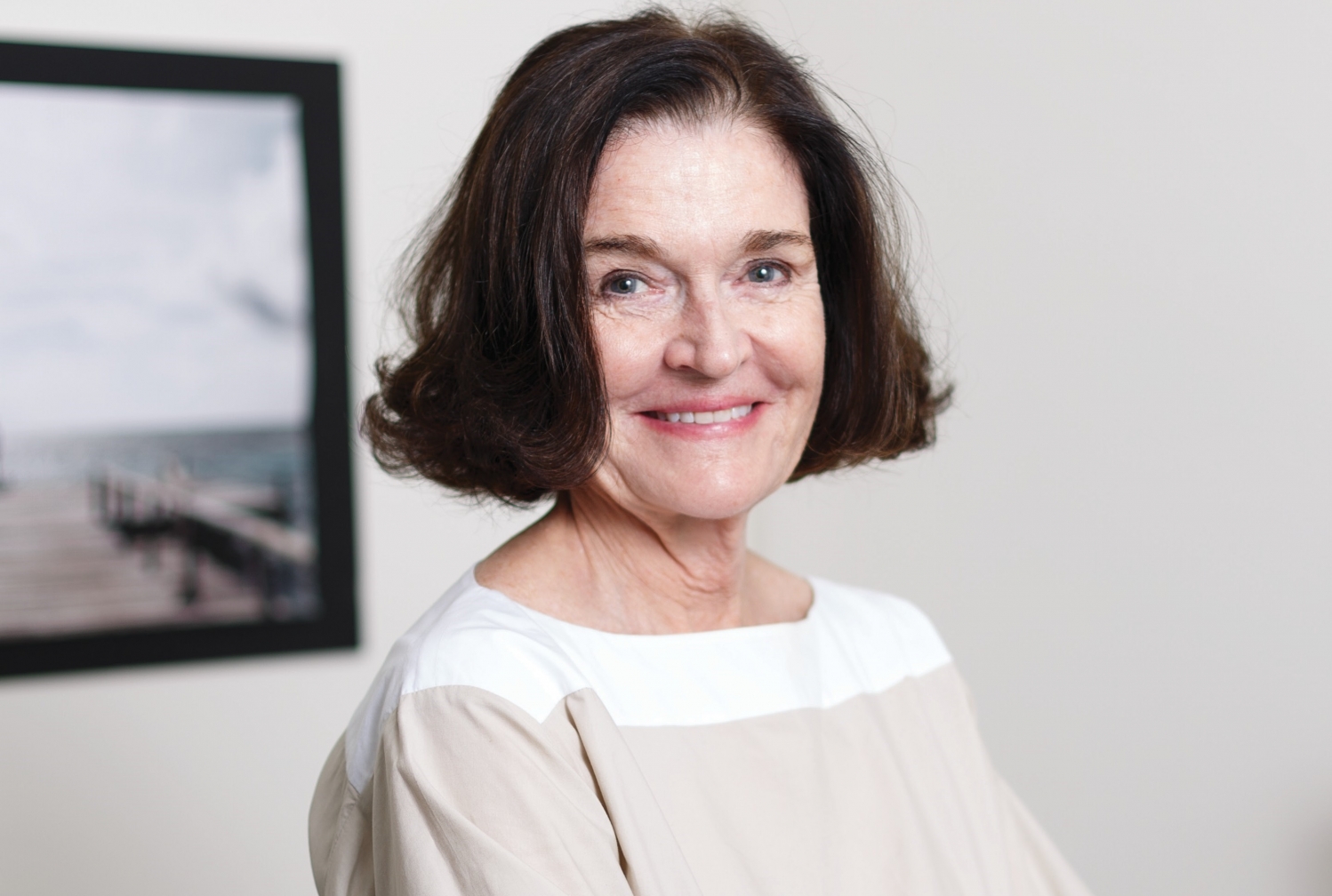 As one of the world’s leading experts on technology and aging, Dr. Sara Czaja knows exactly how older adults are perceived when it comes to digital know-how. They can’t text. They barely e-mail. They can’t figure out Facebook or FaceTime. They don’t know how to look up information online. “There’s a misconception that older adults are technophobic—that they’re unwilling to learn new skills and are uninterested in new technology,” says Dr. Czaja, a professor of gerontology in medicine who joined Weill Cornell Medicine last summer as the inaugural director of the Center on Aging and Behavioral Research. “But over the years, we’ve developed quite a bit of data to dispel those myths.” 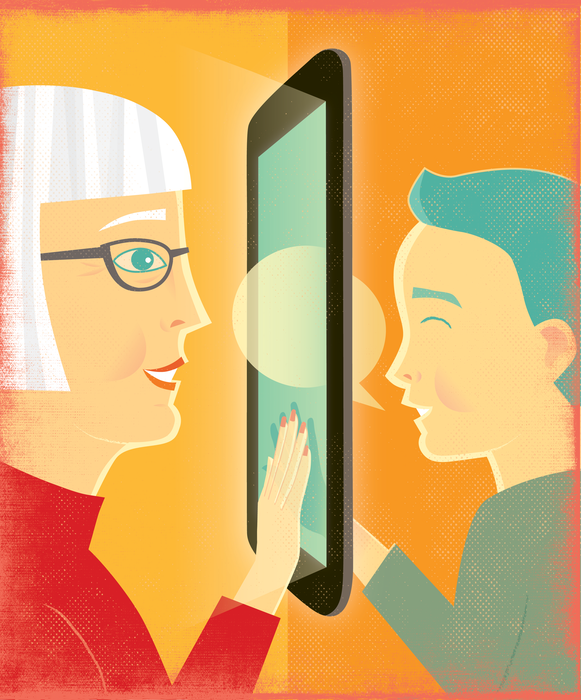 Though there’s a notable digital divide between older and younger Americans, nearly 30 years of Dr. Czaja’s research in this area shows that older adults are actually eager to embrace new technology. And with the right resources and training, not only do they have little trouble mastering it, but becoming technologically literate can also improve their overall health and wellbeing—a key priority for geriatricians. Building on work that she began at the University of Miami, Dr. Czaja and her Weill Cornell Medicine team are looking at a range of inventive, tech-based ways to keep older adults dynamic and productive, which might also maximize the effectiveness of their caregivers. Other doctors and researchers at Weill Cornell Medicine are also keeping older patients in mind when it comes to refining telemedicine and other digital healthcare services so seniors have fewer barriers to access. “All of this will likely enhance older adults’ physical wellbeing,” says Dr. Ronald Adelman, the Emilie Roy Corey Professor of Geriatrics and Gerontology, director of the Irving Sherwood Wright Center on Aging at Weill Cornell Medicine, and co-chief of the Division of Geriatrics and Palliative Medicine at NewYork-Presbyterian/Weill Cornell Medical Center. “But it also has potential support for their spiritual and psychological wellbeing.”

Dr. Czaja has traveled the world trying to upend stereotypes and advocate for change. She has co-written handbooks that offer guidelines on product design, given keynote addresses and educational workshops, and even testified before the U.S. Equal Employment Opportunity Commission. Says Dr. Czaja: “People don’t stop growing intellectually or emotionally when they turn 65.”

Indeed, there’s a growing body of research about how the use of computers and mobile devices can have a positive impact on older adults—especially when it comes to improving social relationships. The Internet, e-mail, video chats and other applications can help them maintain links to family, friends and the community, and can keep them abreast of current events, health information and recreational opportunities. That’s crucial for older adults, many of whom live alone and become less mobile as they age. Dr. Czaja’s own work designing and studying the use of a senior-friendly software program suggests that such tools can substantially improve quality of life. “Technology offers ways for older adults to remain connected and engaged,” she says. “It’s not a panacea, but if well-designed and implemented, it can really help offset problems like loneliness and isolation.” 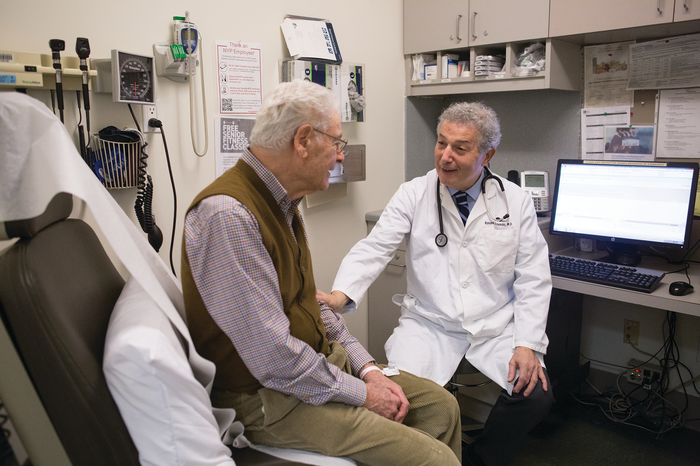 In fact, technological advancements are changing how an entire generation ages, allowing older adults to remain self-sufficient—and therefore happier and better able to manage their health or cope with illness—for far longer than they have in the past. Ride-booking apps let adults who no longer drive get to appointments, stores and activities without relying on a loved one or public transportation; health management devices can help keep track of overall wellness and give reminders to take medication; and groceries and prescriptions can be delivered at the touch of a button. Experts say this technology will play an increasingly key role in the future, since the U.S. Census Bureau estimates that one in five Americans will be 65 or older by 2030. “Technology offers older people enormous opportunities to retain their dignity and independence, which are strongly associated with improvements in mood, health and even longevity,” says Dr. Mark Lachs, the Irene F. and I. Roy Psaty Distinguished Professor of Clinical Medicine, co-director of the Center for Aging Research and Clinical Care, and director of geriatrics for the NewYork-Presbyterian Health System. He notes that a number of his patients utilize home monitoring systems that e-mail their families and him if they haven’t eaten or taken their medicines by a certain time of day—which has the added benefit of sparing patients from feeling like they’re being babysat by an aide. “At the end of the day there needs to be human interaction,” he says, “but these kinds of tools really help older adults.”

Today’s older Americans are appreciably different from their predecessors: they’re generally healthier, living longer and choosing to stay in the workforce. Says Dr. Czaja: “This is a very active, engaged cohort of older people.” Tech adoption is climbing among the older population, too. A recent Pew Research Center survey found about two-thirds of those 65 and over are online and four in 10 seniors own smartphones, a huge gain from 18 percent in 2013. Yet despite this shift, many older adults are lagging behind. One-third of those over 65 say they never use the Internet, and the number of seniors who do own smartphones is 42 percent lower than the 18-to-64 demographic.

That puts older adults at a disadvantage as technology becomes more widespread—something Dr. Czaja started to become concerned about decades ago. In 1999, she launched the Center for Research and Education on Aging and Technology (CREATE), an NIH-funded, multi-university collaboration dedicated to expanding tech use among older adults. Since then, she and her colleagues have gathered extensive data in an effort to understand why seniors might be hesitant to join the digital revolution. In a study published last year in Innovation in Aging, a journal of the Gerontological Society of America, the researchers assessed the willingness of older adults to adopt an unfamiliar online product or service like Instagram, Lyft or the personal finance software Quicken.

They learned that the decision hinged on several factors, including—unsurprisingly—whether the person felt a particular technology was valuable. Participants were also more likely to reject a technology they considered too complicated or difficult to master. “Usability is a huge problem,” says Dr. Czaja. “In general, designers of systems have not thought of older people as users of technology, and they tend to overlook changes that come with age, such as declines in vision, dexterity and cognition. They kind of design for themselves—and most designers are younger people.” 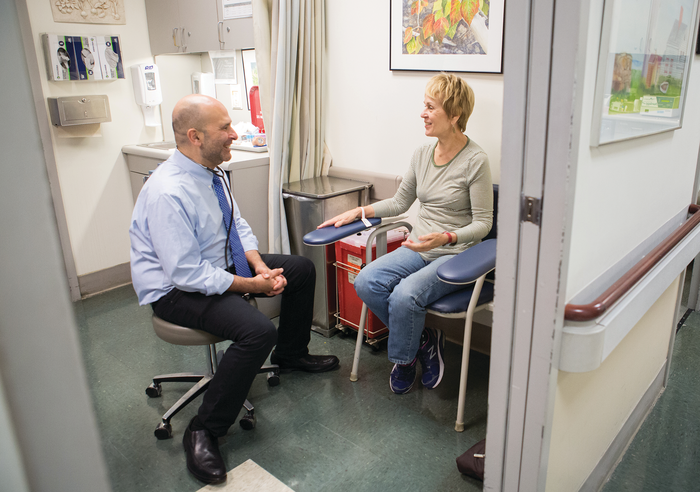 Dr. Czaja took that into account when she and her associates created Personal Reminder Information and Social Management (PRISM), a computer system designed for older adults who have little tech experience. The goal was to evaluate whether information and communication technologies could boost social support—but first, they wanted to remove potential stumbling blocks. So the group involved seniors in the development of PRISM’s software, instructions and training materials; the resulting system offered streamlined access to e-mail, a calendar, games and links to local resources like senior centers. PRISM also incorporated features like an uncluttered interface, easy-to-read fonts and a “buddy tab” that gave users a way to contact new people with similar interests. Then Dr. Czaja and her colleagues studied 300 seniors, ranging in age from 65 to 98, who lived alone and were at risk for social isolation. Half used PRISM for one year; the rest received a paper notebook with content similar to that contained in the online system. Findings in the Gerontologist showed that the PRISM group reported significantly less loneliness and an increase in perceived social support and wellbeing. “We also found that people who used the system became much more proficient with use,” says Dr. Czaja, “and much more confident in their ability to use technology.” That’s no surprise to Tom Kamber, who founded Older Adults Technology Services (OATS), a Brooklyn-based nonprofit that has helped more than 30,000 seniors get online since 2004. The organization runs computer classes geared expressly for seniors—teaching everything from navigating the internet to starting an online business—in New York and four other states. Kamber, a longtime follower of Dr. Czaja’s work, has seen firsthand how life-changing technology can be for older adults. He recalls one client, an actor who came in wanting to learn how to use e-mail so he could get updates on auditions—and wound up reconnecting with his Korean War buddies on Facebook and starting a blog. “People have lower expectations of seniors as they get older,” says Kamber. “We have people in their ‘70s and ‘80s doing Java Scripting. It’s awesome.”

Dr. Lachs agrees that staying productive and interacting with others in this way helps older adults thrive. “In some ways, some of the most heartbreaking things I see in my medical practice is not diabetes or hypertension, it’s actually loneliness. It worsens existing illness and it causes new ones,” he says. “Those of us who work in geriatrics believe that social integration is the answer to—if not every problem, then most of them. By using Dr. Czaja’s technologies to increase the social interactions of our older patients, we believe we can improve their health.”

Dr. Czaja is now working on a project she calls PRISM 2.0—making the system available in Spanish, testing it in assisted living facilities in Georgia and Florida, and adapting a version at Weill Cornell Medicine that will examine how it might aid people with mild cognitive impairment. She’s also recruiting for a trial involving Alzheimer’s patients and their caregivers; participants will be given a laptop loaded with an app that provides online support and other resources for caregivers, as well as cognitive exercises for patients. “We need to keep coming up with ways for older adults to remain active members of society,” she says. “That benefits them—and everyone else.”

Dr. Lachs is an equity stakeholder for CompassCare, cofounded with Ithaca and Weill Cornell Medicine faculty, which seeks to improve the training and oversight of direct care workers in aging. He has also served as a paid and pro bono expert witness in civil and criminal matters related to elder abuse and neglect.

Dr. Jessica Ancker, an associate professor of healthcare policy and research, studies how to improve healthcare through the use of information technology—an area with huge potential to benefit older adults. She has been exploring how to make online patient portals more user friendly, since they’ve been shown to improve outcomes by encouraging people to learn about their medical conditions. Dr. Ancker is also collaborating with doctors at Memorial Sloan Kettering Cancer Center on a new portal feature that lets post-operative patients check in with hospital nurses after discharge, in the hope that it will prevent complications. She and her colleagues are now getting feedback from early users, including seniors, about what improvements are needed; her ultimate goal, she says, is to make portals so intuitive that anyone can navigate them. “That’s going to be helpful for a lot of people,” she says, “but particularly for older patients, who might be less tech-savvy.”

Similarly, the Department of Emergency Medicine at Weill Cornell Medicine is exploring ways to enhance digital communication. According to Dr. Peter Greenwald, co-director of emergency medicine telehealth services at NewYork-Presbyterian, the Emergency Department (ED) is working on a method of texting and e-mailing videoconference links to patients, so they can simply click and- connect with doctors and nurses for follow-ups. That way, they can potentially avoid a return hospital visit—a particular benefit for older adults, who are more susceptible to infection. Dr. Greenwald, an attending physician in the ED and an assistant professor of clinical emergency medicine at Weill Cornell Medicine, notes that the department’s on-site telemedicine platform, NYP OnDemand ED Express Care, has been surprisingly popular among older patients, including those in their nineties. He suspects that NYP OnDemand Urgent Care, the hospital’s online platform for non-life threatening illness or injuries, might prove similarly appealing to older patients. Since getting to a doctor’s appointment or the ED can be a challenge for those who have problems with mobility, hearing or vision, he says, “the ability to do a home telemedicine visit in those circumstances is tremendously valuable.”