Students Celebrate Next Step in Medical Career with Match Day

For Ngozi Monu, Match Day was the culmination of a long journey. Though she had emulated her physician father since childhood, by the time she entered Weill Cornell Medical College in 2014, the 38-year-old had already competed in the Olympics, representing Nigeria twice in swimming, and earned a doctorate in biomedical science. 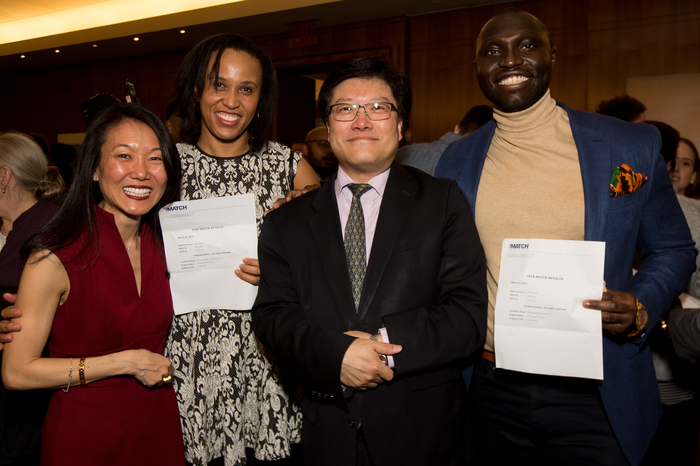 On Friday, flanked by her husband and a sea of celebrating students, Monu reveled in the moment of taking one step closer to her dream – and her match to NewYork-Presbyterian/Weill Cornell Medical Center for obstetrics and gynecology, her top choice.

“This has been the dream I had from the time I was very little,” Monu said. “I’ve have many advocates and supporters along the way, and to finally be at the point where I can practice medicine, I think is the most exciting. My story’s a little different from many of my classmates – being older, having a family, finding the best way to balance all of that. All the things I’ve done along the way have informed and shaped who I am. Now my motto is ‘one day at a time,’ as I get closer to my dream.”

Monu and 87 of her fellow medical students in the Weill Cornell Medical College Class of 2019 learned on national Match Day where they will be doing their internship and residency training—the next three to seven years of their medical careers. 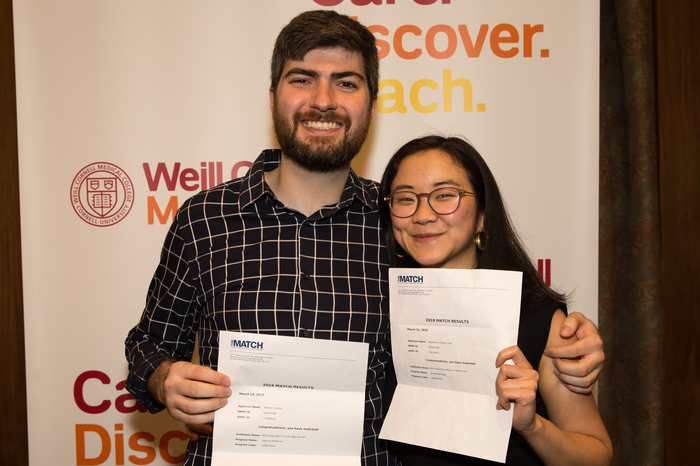 This year's match, announced on March 15, was the largest on record. In 2019, 18,925 graduating allopathic medical students from across the country and 16,561 graduating international and osteopathic medical students, as well as Americans studying abroad, competed for some 35,000 residency positions, the most ever offered in Match history, according to the National Resident Matching Program.

“I want to congratulate each of you on what has been a wonderful match,” said Dr. Augustine M.K. Choi, the Stephen and Suzanne Weiss Dean of Weill Cornell Medicine. “The quality of the match this year was very high in an increasingly competitive arena. We wish you the very best going forward, and we hope to see you in the future as accomplished alumni.” 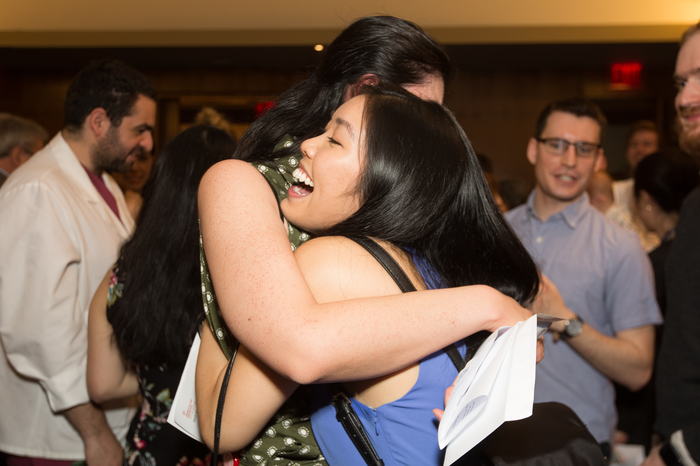 “Match Day is a joyous celebration of our students’ success,” said Dr. Yoon Kang, acting senior associate dean for education and the Richard P. Cohen, MD, Associate Professor of Medical Education. “It’s an academic and life milestone when they find out after four years of hard work exactly where they are going to be next and what they’re going to be doing. The Class of 2019 is a diverse and thoughtful community, and I am convinced they are going to go out as alums to care, discover and teach, and make themselves proud and their institution proud.”

Joshua Adjei credited the mentoring he received during his medical school studies with his match to the University of Pittsburgh Medical Center in orthopedic surgery. “Weill Cornell has really taken the time to understand us as learners and really advocated for us and pushed us to the limits to be better people, to be better doctors and now, hopefully, to be a better surgeon. I am pumped and ready to get to work!”

Lynne Rosenberg was surrounded by friends, loved ones and smart phone cameras as she opened her envelope. Cheers erupted when she discovered her match – University of Colorado for combined internal medicine and pediatrics. Her passion has always been pediatrics, but when she discovered the combined program, she was inspired to try for it. Now, as the California native prepares for the next step in her medical journey, she takes with her the memories she made at Weill Cornell. “I made the best friends I could have ever asked for here,” said Rosenberg. “And now I’m so excited about this match. I’m excited to be going back West, to try something new, and to start this next chapter.”

After completing an internship in her hometown of Philadelphia, Rachel Kang will return to NewYork-Presbyterian/Weill Cornell as a resident in dermatology. Cradling a bouquet of flowers, Kang wore a permanent smile on her face as she embraced friends and instructors on Friday.

“I am staying here and I am so excited for it,” said Kang, who will turn 26 on Sunday. “Through all the ups and downs of medical school, which you get anywhere, Weill Cornell has really shaped me into the person I want to be – a stronger, more intelligent and more empathetic person and I can’t ever repay that. There’s no place that I’d rather be.”