Preparing for an Anthrax Attack: Triage Checklist Could Optimize Treatment of Exposed Populations 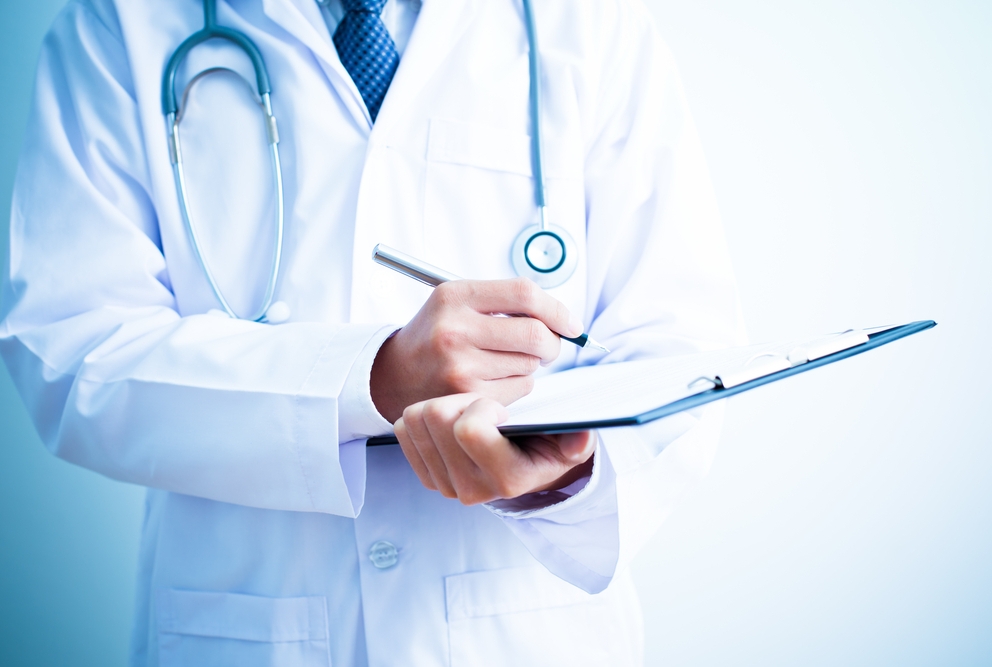 Male doctor filling out a checklist

A short checklist of signs and symptoms could be a critical tool for directing limited medical resources to the most urgent cases of anthrax following a mass exposure to the deadly bacterium, suggests a new study from investigators at Weill Cornell Medicine and NewYork-Presbyterian, the U.S. Centers for Disease Control and Prevention (CDC), and Inova Fairfax Hospital.

Exposure to the spores of the anthrax bacterium, Bacillus anthracis, can lead to rapidly fatal illness without swift access to modern medical treatments. To that end, the U.S. federal government and health authorities around the world have stockpiled antibiotics and antitoxins for treating anthrax. However, given the potential for large numbers of exposed individuals and perceived similarities between anthrax and more common illnesses like influenza, healthcare providers need a way to quickly separate those needing advanced hospital treatment from those who don’t.

“Our checklist, which can fit on the two sides of a sheet of paper, can be used for the efficient initial triage of potential anthrax cases,” said lead author Dr. Nathaniel Hupert, an associate professor of healthcare policy and research and of medicine at Weill Cornell Medicine and senior advisor to the CDC’s Division of Preparedness and Emerging Infections. “Since access to standard lab and radiology tests may be greatly outstripped by the number of people seeking care, and rapid treatment is vital for people with anthrax, we sought to give medical personnel an evidence-based way to make quick decisions about who should be sent to the hospital,” said Dr. Hupert, who is also an associate attending physician at NewYork-Presbyterian/Weill Cornell Medical Center.

In the study, published March 19 in the Annals of Internal Medicine, the investigators analyzed medical literature reports and hospital records of 408 confirmed anthrax cases dating back to 1880 and 657 suspected cases from 2001 that were later ruled out. From this analysis they developed a checklist to assist medical providers in determining, with high accuracy, who should get urgent treatment. Using the checklist takes minutes and separates patients into three groups: one requiring immediate treatment with multiple intravenous antibiotics; a second requiring further medical evaluation; and a third group who may require treatment with oral antibiotics for uncomplicated skin infections or to prevent future disease.

Dr. Hupert’s colleagues in the Division of High Consequence Pathogens at the CDC led the multi-year review of 408 anthrax cases culled from the medical literature. Data on the 657 “control” cases came from Virginia’s Inova Fairfax Hospital, which saw two anthrax cases in 2001, as well as NewYork-Presbyterian/Weill Cornell Medical Center’s emergency department, where many patients either self-referred or were sent by their employers to be checked for anthrax exposure during the fall and winter of that year.

The analysis revealed that true anthrax cases can be distinguished from non-anthrax illnesses by the presence of at least one of four clinical signs, easily measurable by any medical provider: pulse above 110 beats per minute, respiration over 20 breaths per minute, confused mental status and complaint of severe headache. Other anthrax-associated signs include skin lesions, abdominal swelling and abnormal lung sounds on a stethoscope evaluation. Even with no diagnostic testing, the two-page checklist correctly identified 95 percent of the 353 adult anthrax cases with available vital signs, while ruling out the disease in 76 percent of 647 control patients who did not in fact have anthrax. The triage tool performed equally well when pediatric cases were included, and was particularly effective at determining whether someone had signs of inhalation anthrax, one of the most deadly forms of the disease.

Dr. Hupert and his colleagues hope that the new triage tool will provide clear guidance for initial sorting of patients in any future anthrax incidents. Combined with new treatment protocols published over the last several years by the CDC, “this study should help to put emergency anthrax management on a more sound scientific and operational footing,” said Dr. Hupert, a public health expert who regularly advises the U.S. Department of Defense’s Proliferation Security Initiative and U.S. National Academies of Sciences, Engineering and Medicine on public health emergency matters.

Anthrax has long been one of the most-researched bacterial diseases, and in the 1800s was the subject of both Robert Koch’s pioneering studies of infection and also the first live attenuated bacterial vaccine. More recently, anthrax was used in warfare in World War I and was the subject of intensive research and development as a bioweapon in the U.S., former U.S.S.R., and other countries before the signing of the landmark 1972 Biological Weapons Convention (BWC), which prohibited its stockpiling and offensive use.

In fact, for decades, B. anthracis has been repeatedly sought for use as a weapon of terror by individuals, terrorist organizations and states that did not sign the BWC, leading to ongoing public health preparedness efforts to safeguard populations after a wide-scale exposure to its spores. In 2001, envelopes containing anthrax spores were mailed to media organizations and politicians on the eastern seaboard of the U.S., causing 22 infections, five of which were fatal, and leading to thousands of individuals being given prophylactic antibiotics to prevent them from becoming sick if they had been exposed.