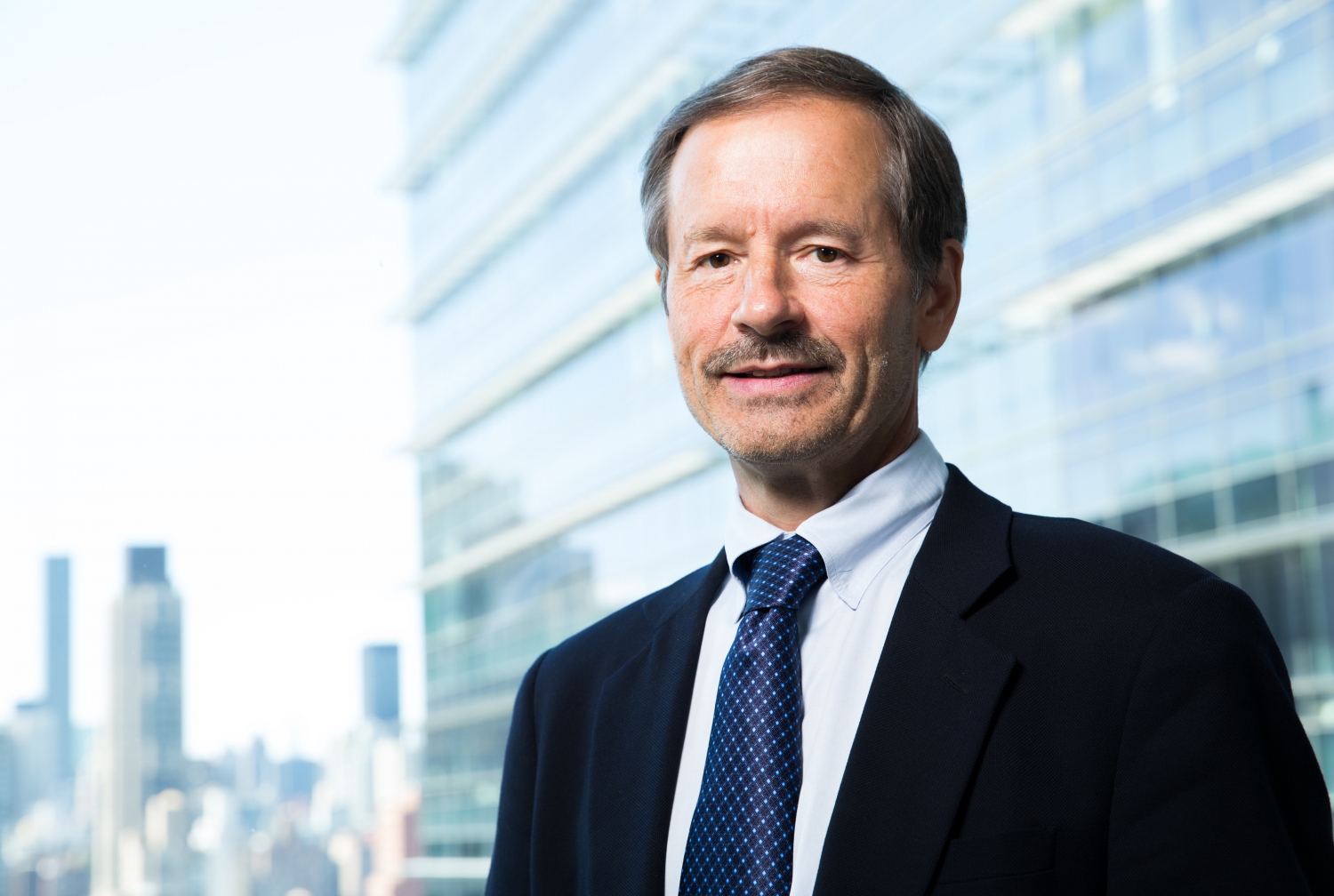 NEW YORK (July 4, 2018) — A very low carbohydrate, high-fat diet called the ketogenic diet may improve the effectiveness of an emerging class of cancer drugs, according to a study in mice by investigators at Weill Cornell Medicine, Columbia University Irving Medical Center and NewYork-Presbyterian.

In a study published in Nature on July 4, scientists provide a possible explanation for why the drugs, which target the insulin-activated enzyme phosphatidylinositol-3 kinase (PI3K) whose mutations have been implicated in many cancers, haven’t performed as well as hoped. And they identify a strategy that might boost the therapies’ tumor-killing potential.

“Any drug that targets PI3K may not be effective unless patients can maintain low blood sugar levels through diet or medication,” said senior author Dr. Lewis C. Cantley, the Meyer Director of the Sandra and Edward Meyer Cancer Center at Weill Cornell Medicine. “We demonstrated that if we keep insulin down with the ketogenic diet, it dramatically improves the effectiveness of these cancer drugs.”

Some of the most common genetic mutations seen in cancerous tumors affect PI3K. The frequency of mutations in the gene has made it an appealing target for cancer drugs, and more than 20 therapies that inhibit the PI3K enzyme have entered into clinical trials.

But so far, the clinical trials’ results have been disappointing. Some patients taking these drugs develop excessively high levels of blood sugar or hyperglycemia. This is often temporary because the pancreas can usually compensate by producing more insulin. But some patients’ blood sugar levels don’t return to normal and they must stop taking the drugs.

“If we turn off the PI3K pathway, which promotes the growth of cancer cells, we should see a clinical response to these drugs, and we just don’t,” said lead author Dr. Benjamin D. Hopkins, a postdoctoral associate at Weill Cornell Medicine.

In the study, Dr. Hopkins and his coauthors demonstrated that rising insulin levels reactivate PI3K in mice with pancreatic tumors treated with a PI3K-inhibitor called Buparlisib.  “Reactivating PI3K in the tumor makes the drug relatively ineffective,” said Dr. Cantley, a professor of cancer biology in medicine at Weill Cornell Medicine. “The rebound elevation in insulin is rescuing the tumor from death.”

That observation led the investigators to reach into the endocrinologist’s tool box for treatments that help control blood sugar and insulin levels. Along with PI3K inhibitors, they treated the mice with the diabetes drugs metformin or sodium-glucose co-transporter 2 (SGLT2) inhibitors – or the ketogenic diet.

Metformin, which increases insulin sensitivity, didn’t have much effect on the glucose or insulin spikes, or on cellular signals that promote tumor growth. The SGLT2 inhibitors, which prevent the re-absorption of glucose in kidneys so that it is removed in urine, reduced the glucose and insulin spikes in response to PI3K treatment and reduced tumor growth signals. Importantly, the ketogenic diet, which has been used in the clinic for about four decades to control insulin levels, did the best job at preventing glucose and insulin spikes and tamping down tumor growth signals.

“The ketogenic diet turned out to be the perfect approach,” Dr. Hopkins said. “It reduced glycogen stores, so the mice couldn’t release glucose in response to PI3K inhibition. This suggests that if you can block spikes in glucose and the subsequent insulin feedback, you can make the drugs much more effective at controlling cancer growth.”

"This study represents a truly innovative approach to cancer. For decades, we've been trying to alter human metabolism to make cancer cells more sensitive to chemotherapy or targeted drugs. The fact that this drug itself was enabling a kind of resistance – at least in animal models – comes as a total surprise. We are excited to try this approach in humans,” said co-senior author Dr. Siddhartha Mukherjee, associate professor of medicine at the Columbia University Vagelos College of Physicians and Surgeons and an oncologist at NewYork-Presbyterian/Columbia University Irving Medical Center.

Dr. Hopkins cautioned that the ketogenic diet alone may not necessarily help control cancer growth and in some cases may even be harmful. In fact, when the scientists studied the effect of the ketogenic diet in the absence of PI3K inhibitors in several cancers in mice, the ketogenic diet had little effect on tumors and actually caused some leukemias to grow faster.

The researchers next hope to study whether combining an FDA-approved intravenous PI3K inhibitor with the ketogenic diet, specially prepared by nutritionists, is safe and improves outcomes for people with breast cancer, endometrial cancer, leukemias or lymphomas.

“We have to make sure there is not some unanticipated toxicity,” Dr. Cantley said. In the meantime, Dr. Cantley suggested that investigators testing drugs in this class monitor patients’ diets to control blood sugar levels.

“In any clinical trial for a drug that targets the PI3K enzyme, the patient should have their diet managed carefully,” he said.

Researchers from University Hospital Zurich, Switzerland, and the University of Bern, Switzerland also contributed to the study. The research was funded by the National Institutes of Health (R35 CA197588, R01 GM041890, U54 U54CA210184), the Breast Cancer Research Foundation and the Jon and Mindy Gray Foundation.

Columbia University Irving Medical Center provides international leadership in basic, preclinical, and clinical research; medical and health sciences education; and patient care. The medical center trains future leaders and includes the dedicated work of many physicians, scientists, public health professionals, dentists, and nurses at the Vagelos College of Physicians and Surgeons, the Mailman School of Public Health, the College of Dental Medicine, the School of Nursing, the biomedical departments of the Graduate School of Arts and Sciences, and allied research centers and institutions. Columbia University Irving Medical Center is home to the largest medical research enterprise in New York City and State and one of the largest faculty medical practices in the Northeast. For more information, visit cumc.columbia.edu or columbiadoctors.org.