Choi Family Featured in New Book About Immigrants to America 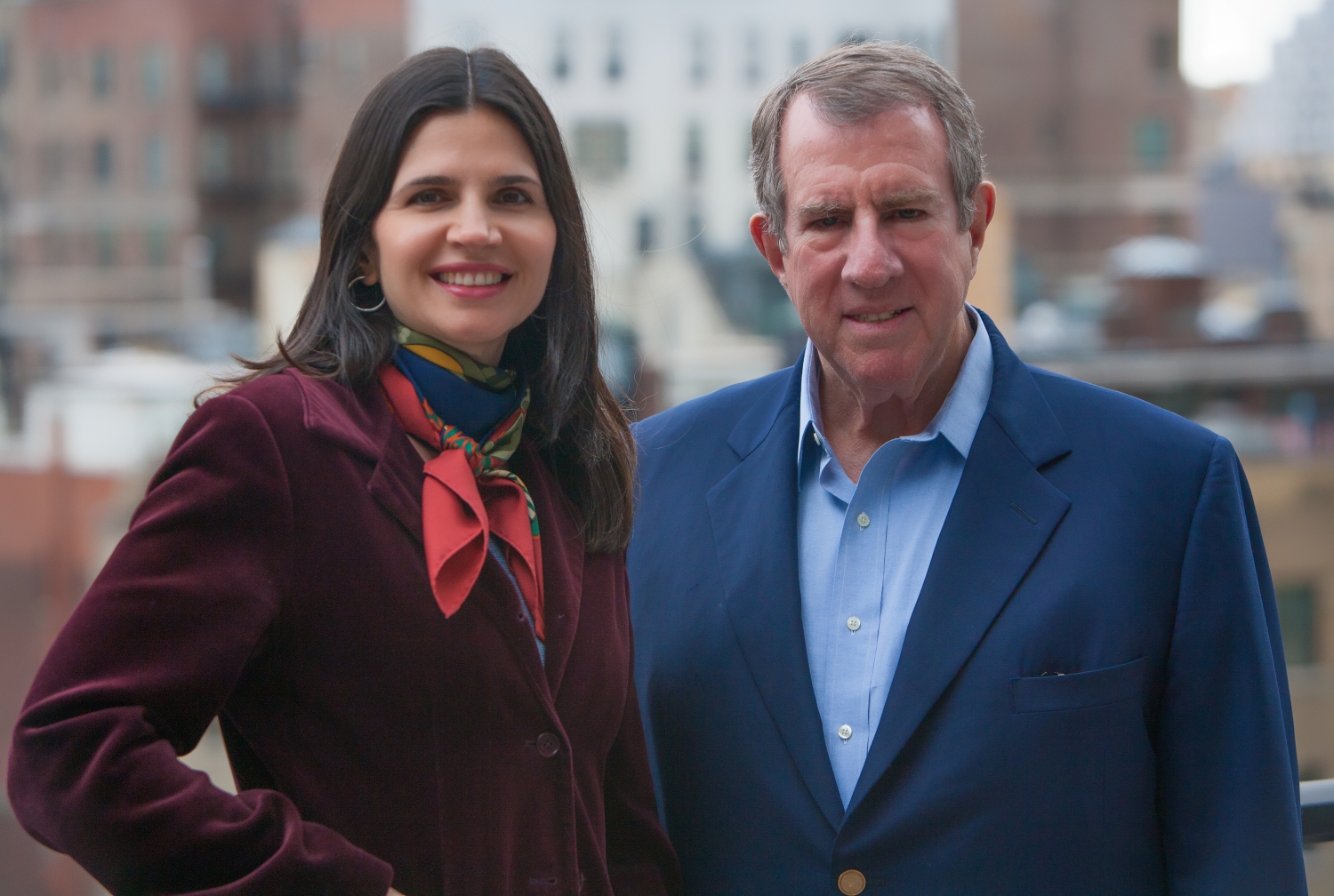 Every family in America has an immigration story, whether it was a journey by steamship 100 years ago or an arrival by airplane one month ago. In their timely new anthology, Andrew Tisch and Mary Skafidas showcase a variety of voices whose own origin stories illustrate the rich fabric of cultures and backgrounds that comprise the United States.

“Journeys: An American Story” features 72 essays and first-person reflections from a range of people, from politicians to physicians to professional athletes, each recounting their personal experiences of immigration or those of their relatives. While the motivations for immigrating may vary—escaping danger or oppression, seeking opportunity, love or adventure—the common thread is a desire for a brighter future in the United States. 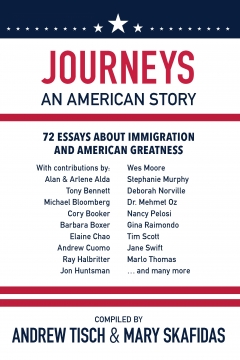 Tisch, co-chairman of the board of the Loews Corporation, was inspired to compile the collection after he spoke at a new citizen swearing-in ceremony for 100 immigrants originally hailing from 41 countries. The ceremony, hosted by the New-York Historical Society, motivated Tisch to research his own family’s history and realize that—as a country of immigrants—there are a plethora of stories to tell.

Partnering with frequent collaborator Skafidas, vice president of investor relations and corporate communications for Loews, they solicited friends, associates and others to share their stories, to showcase the breadth of these diverse, and often humble, beginnings. For both Skafidas and Tisch, who is also a member of Weill Cornell Medicine’s Board of Overseers, the project was personally significant, as they each contributed essays about their own families. Skafidas’ parents emigrated from Greece in 1970, while Tisch’s great-grandparents emigrated from the Ukraine in 1904.

Included in the book is a contribution from Dr. Mary Choi, a professor of medicine at Weill Cornell Medicine. In the essay, she and her husband, Dr. Augustine M.K. Choi, the Stephen and Suzanne Weiss Dean of Weill Cornell Medicine, recount their respective families’ histories, which are strikingly similar.

Both from Korea, their families were part of a large migration from the North to the South due to political unrest following World War II. When North Korea invaded South Korea in 1950, their fathers, both medical students at Seoul National University at the time, narrowly escaped with their lives. Later, after practicing medicine in South Korea, both men felt compelled to move their families to America—with a developing country as a stepping stone—to find a better future for their children. In the United States, Dr. Augustine Choi and Dr. Mary Choi each chose to pursue medicine like their fathers. Still, even with all the similarities, it wasn’t until the two fathers met at a medical school reunion in Los Angeles and began discussing their physician children that the couple’s journey together began. The pair met soon after and, as they note in the essay, “the rest is history.”

“Most Koreans who immigrate to the US end up going where other Koreans are. They generally move to California, New York, or maybe Chicago. Our parents looked around and didn’t want to move to the big cities. Augustine’s family ended up settling in Kentucky. Mary’s landed, like Dorothy, in the middle of nowhere, Kansas. We both grew up as part of the only Korean families in our communities. Although our fathers had been licensed and practicing physicians for more than fifteen years when they arrived in the US, they were considered foreign medical graduates and couldn’t treat a single patient until they had completely retrained. Both had to pass an exam for certification in the US, using the English they had just learned, even though medicine in Korea was then taught using German texts. Then they had to go through internship and residency training again in their mid-forties, with young doctors telling them what to do. Augustine’s father decided to specialize in geriatrics, and Mary’s became an internist…Today we have two sons, Justin and Alex, who are the third generation in medicine—a physician and a medical student. We’ve lived in the US much longer than we ever lived in Korea, and our close relatives have all since immigrated. Our children were born here and don’t speak Korean but still identify with their Korean heritage. We consider ourselves to be Korean at times, American at times, and Korean American.”

The book also contains a story from Nasser Yaghoobzadeh, a civil engineer who fled Iran with his wife and two children during the political upheaval in 1979. As told by his son Dr. Hooman Yaghoobzadeh, who was just 7 at the time and is now a clinical associate professor of medicine at Weill Cornell Medicine, the father recounts the numerous obstacles he had to overcome to both safely bring his family to the United States and find success here.

While each essay describes a unique journey, taken as a collection, the book tells the story of a nation. “America is a mosaic, with tiles of many different colors and shapes, which are indistinguishable from afar but quite distinctive the closer you get,” Tisch and Skafidas said. “A mosaic is also only as good as its grout—the sand and glue used to bind the distinct stones and hold them in place. For Americans, the grout is our shared belief in democracy, in equality and in freedom of expression. And, without the grout all you have is a pile of stones.”