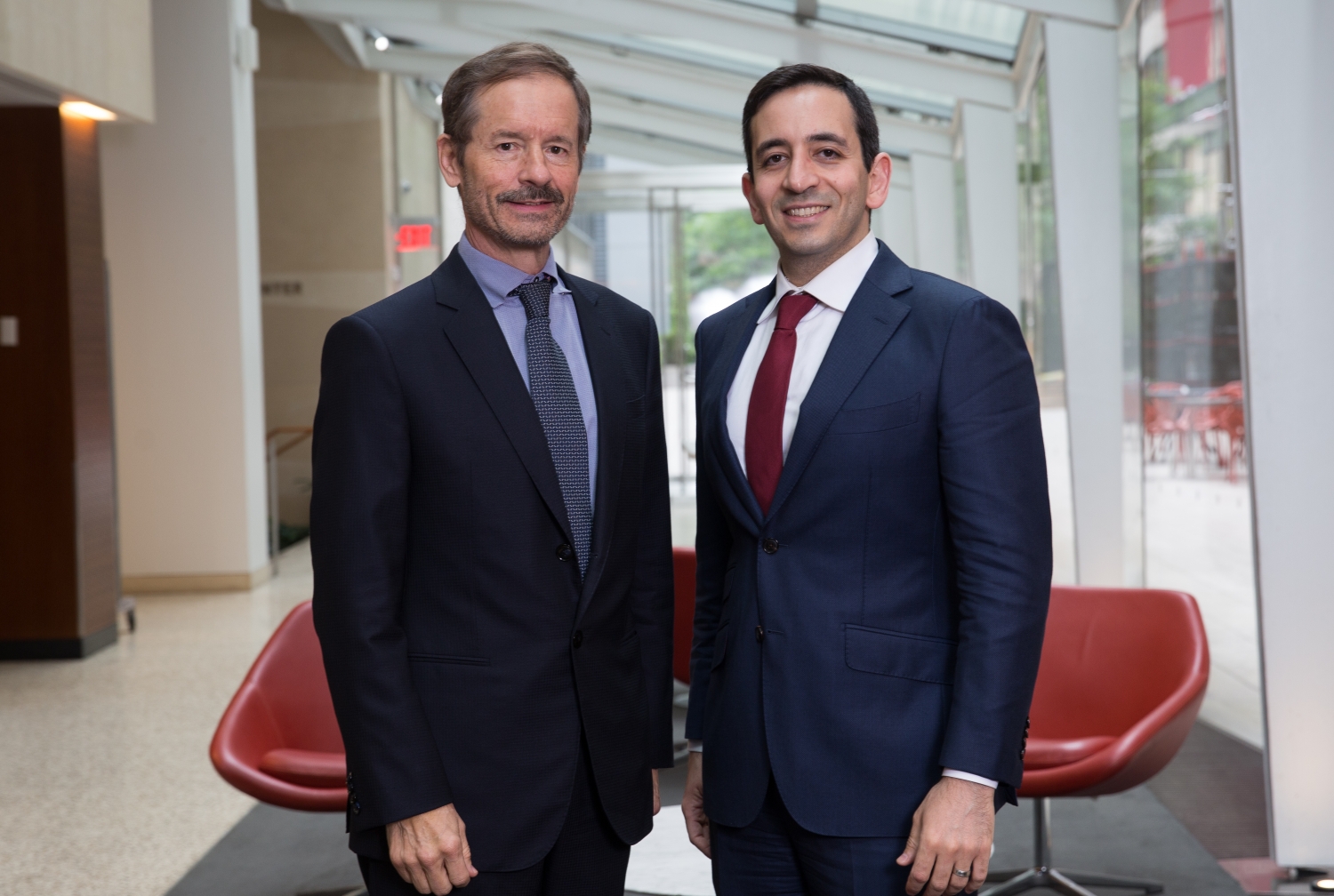 Weill Cornell Medicine, Memorial Sloan Kettering and The Rockefeller University present the awards annually to up to six outstanding postdoctoral investigators—at least one from each institution—in recognition of their research accomplishments, the impact of their science and the prospect of their success as independent investigators. The winners each receive a $25,000 unrestricted prize.

The seed money for the awards originated from Dr. Lewis Cantley of Weill Cornell Medicine, Dr. Charles Sawyers of Memorial Sloan Kettering and Dr. Cori Bargmann of The Rockefeller University — all winners of the 2013 Breakthrough Prize in Life Sciences. The institutions have also contributed additional funding for the Breakout Awards, which were established in 2014.

“I am honored and humbled to be chosen for this award, and I am really grateful for the support of my mentor, Dr. Lew Cantley,” Dr. Bakhoum said. “I'll take this with me as an example of how to mentor students and fellows going forward, as I start my independent laboratory at Memorial Sloan Kettering Cancer Center in September.”

Dr. Bakhoum’s research focuses on chromosomal instability, a common feature of human cancers in which cancer cells are unable to maintain the normal number of 46 chromosomes. He works in the lab of Dr. Cantley, the Meyer Director of the Sandra and Edward Meyer Cancer Center, who nominated him for research published Jan. 17 in Nature. The study found that cancer metastasis can be triggered by a chronic leakage of DNA outside of the nucleus within the cytoplasm of tumor cells.

Investigators have previously suspected a role for chromosomal instability in cancer metastasis, the migration of cells from a primary tumor to form distant tumors in the body, but the reason for the link wasn’t clear. Dr. Bakhoum and his colleagues showed that cancer cells hijack the immune system’s machinery that responds to inflammation caused by the DNA leakage and use that machinery to migrate to distant organs in the body.

“This award really recognizes the field of chromosomal instability, which has been understudied by the cancer community at large,” Dr. Bakhoum said. “I think over the next 10 years, cancer researchers will gain a better appreciation of this area and its importance to cancer research and potential therapies.”