Pediatric Rheumatologist Dr. Virginia Pascual is the Founding Director of the Gale and Ira Drukier Institute for Children’s Health 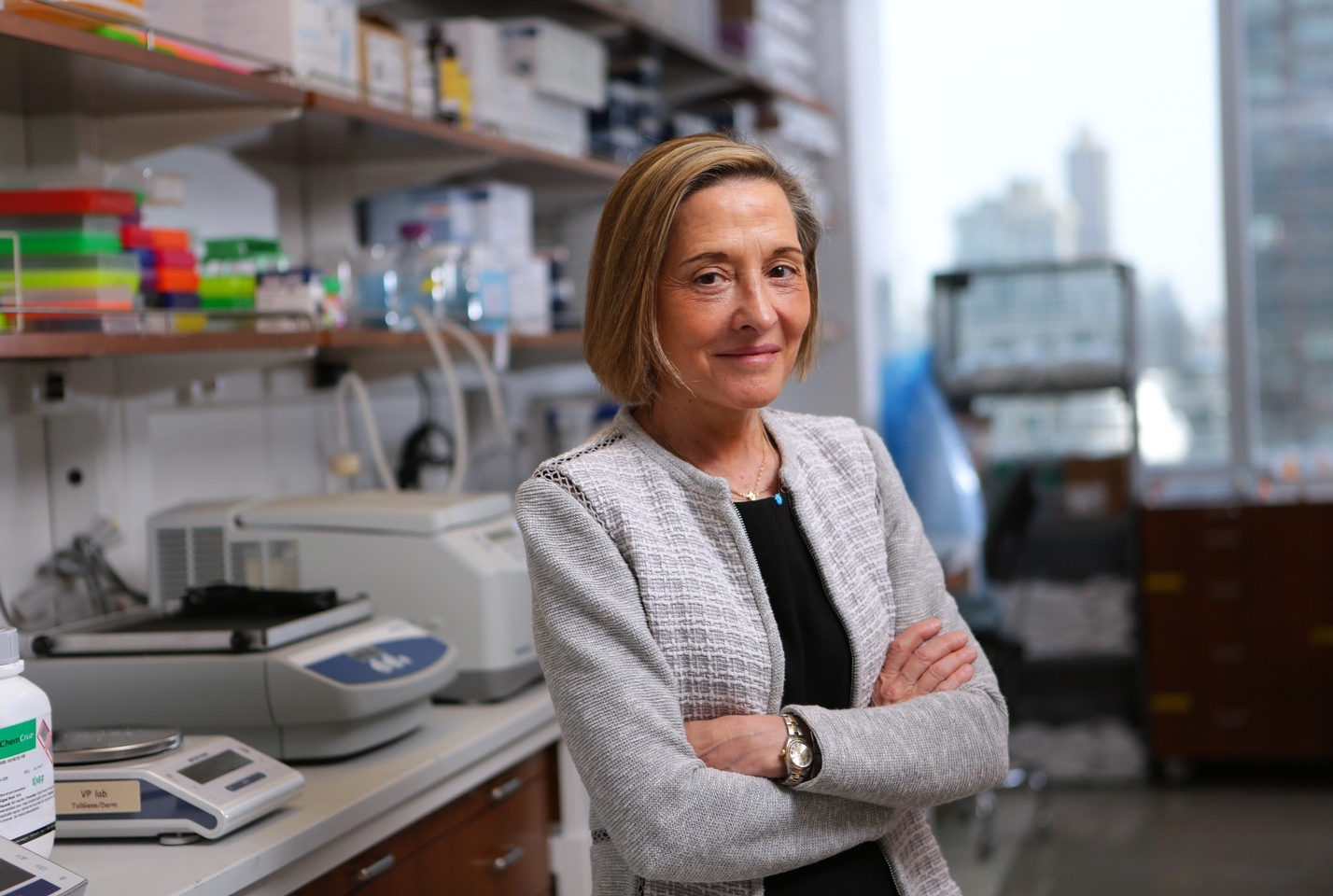 For physician-scientist Dr. Virginia Pascual research was a revelation. After graduating from medical school in Madrid and doing a residency in pediatrics, she came to the United States for a one-year clinical fellowship at University of Texas Southwestern Medical Center—and was surprised to learn that her new post entailed a research component. “I ended up in a laboratory learning immunology, and it was life-changing,” she says. “What was supposed to be one year became five.” At UT Southwestern, where she eventually became director of pediatric rheumatology, Dr. Pascual nurtured a groundbreaking translational research program focusing on diseases such as childhood arthritis. A collaborative effort with the Baylor Institute for Immunology Research and Texas Scottish Rite Hospital for Children, the program studied diseases directly in patients—rather than in animal models, as the work had traditionally been done—and used cutting-edge technologies that gleaned high volumes of data from small samples of blood and tissue. Dr. Pascual later moved to the Baylor Institute for Immunology Research, where her work included identifying molecular drivers of disease in pediatric lupus patients. Board-certified in pediatrics and in pediatric rheumatology, she joined Weill Cornell Medicine last spring as the Drukier Director of the Gale and Ira Drukier Institute for Children’s Health, established in 2014 with a $25 million gift from Gale and Ira Drukier, and recruited as the Ronay Menschel Professor of Pediatrics.

What’s the current state of research into children’s diseases?
Unfortunately, they have suffered from a lack of translational research—which is when we go directly to patients to bring new treatments based on basic discoveries we make in the laboratory. There have been very few translational studies done directly in children, and funding has traditionally lagged behind adult diseases. But as a proponent of pediatric research, I always like to explain that in addition to the important work of finding new treatments for our patients, diseases arising in childhood are great models for study.

Why is that?
Because children normally have just one single disease. When a disease starts in adult life, individuals normally not only have that disease, like cancer, but others—such as diabetes, high blood pressure or depression—for which they are also being treated. In translational research, many times children give us more clear and direct answers about what is wrong than when we study adults.

You grew up in an unusual place: Ceuta, a small Spanish colony in the north of Morocco. How do you think that influenced you?
Even though geographically it belongs to Africa, politically Ceuta has belonged to Spain for more than five centuries. It’s very multicultural, with different ethnicities and religions living peacefully together. I think that made it easier for me to cross the ocean to pursue my career, and when I came here, the diversity of this country was something familiar to me. And of course the diseases I study in the lab and see in the clinic impact minorities. For example, lupus—which is a complex disease in which the immune system fails to recognize the patient’s own tissues and attacks them, causing symptoms like fatigue, fever, joint pain and skin rashes—can be difficult to diagnose, because it doesn’t impact every patient the same way. It affects children who come from African American, Hispanic and Caucasian backgrounds very differently, and it has been fascinating to try to understand that. So my background might be motivating from that perspective as well.

Could you describe your vision for the Drukier Institute?
The goal is to bring together the best and brightest physician-scientists with an interest in childhood diseases; initially, our focus will be on those that are mediated by the immune system, such as diabetes, allergy, asthma and lupus. In these diseases, the immune system either over- or under-reacts to environmental triggers or pathogens, or it attacks the body’s own tissues. We want the Institute to be a highly integrated and collaborative operation, as we develop new ways to study these diseases in patients seen by clinicians at NewYork-Presbyterian/Weill Cornell Medical Center.

Why focus on immune-related disorders?
Our immune system is there to defend us against myriads of pathogens. During human development—from embryo to fetus to baby—the immune system needs to learn how to recognize “self” from “foreign,” to know what it should and should not fight. This is a long, elaborate process that takes years; when babies are born, their immune systems are immature, so they’re more susceptible to infections. During childhood, the immune system continues to evolve, and how it “learns” in those first few years impacts an individual’s entire life. So understanding this process—even in healthy children—is a fundamental aspect of what we want to do. The immune system is at the center of a diverse array of diseases and conditions such as infections, cancer, diabetes and inflammatory bowel disease. Alterations in the immune system during pregnancy and in the early years of life may even play a role in autism and other neurological conditions.

What do you love about treating and studying kids?
I was attracted to pediatrics because I thought that if we could understand and find better treatments for diseases that affect patients during these vulnerable years of infancy and childhood, we could have a long-term impact on their lives. As a physician, I cannot imagine any higher motivation than working with children and trying to prevent any interruption that disease can impose on their precious development. In addition, a child’s illness impacts not only the patient but the entire family. I never had kids of my own, but my patients are like my children. I’ve been very fortunate to follow many of them for years, to see them grow and have wonderful lives.

Does working with children have distinct challenges?
Of course. When you see kids with diseases that might cut their lives short, it can be deeply affecting. But these kids and their families are amazingly resilient, and we learn a lot from them. I’ve treated lupus patients and watched them get very sick despite our best efforts; I’ve seen them experience things that children should never have to, like strokes, and try their best to go back to a normal life. My patients have inspired me in terms of continuing on and not looking back.

Are there any particular patient stories that stand out?
There are so many. Probably the most rewarding was when we were able to offer a new therapy for a devastating disease called systemic onset juvenile arthritis. These kids are very debilitated and in a lot of pain; the disease causes severe inflammation in the joints and other organs such as the heart. We developed a lab test to try to understand it and found there was a particular molecule in these patients’ blood that could be responsible for the severe inflammation. It turned out that a drug already approved by the FDA—to treat adults with rheumatoid arthritis—blocks this molecule. The drug did not help adult patients much, but when we developed a pilot clinical trial to test it in our children, the results were spectacular. Of nine kids who’d had severe disease for years, seven went into complete remission. To see kids who had been confined to a wheelchair for months or years get up and walk—and not only walk, but when kids get out of a wheelchair they want to immediately run. They are so full of energy and life.