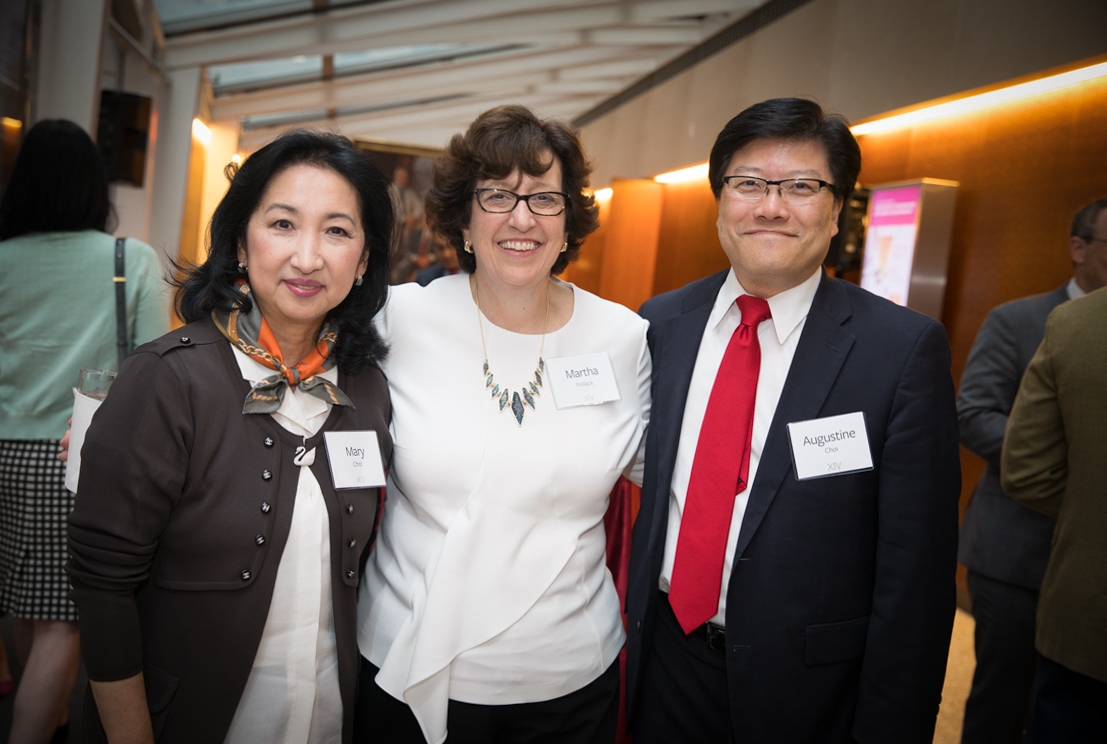 Cornell’s tradition of scholarship, research and service in New York City exemplifies the university’s land-grant mission and transcends disciplines and geographic regions, said Cornell President Martha E. Pollack during a Sept. 14 reception in honor of her inauguration as the university’s 14th president.

“As a university, we are committed to the essential value of the liberal arts, on the one hand,” she said, noting Cornell’s dualities, “and of world-class professional studies in multiple disciplines on the other – and we believe there is a really important synergy between them. We treasure knowledge for its own sake, and we eagerly pursue applications of knowledge that positively impact the world. We also connect upstate and downstate, the rural and the urban, in One Cornell.” 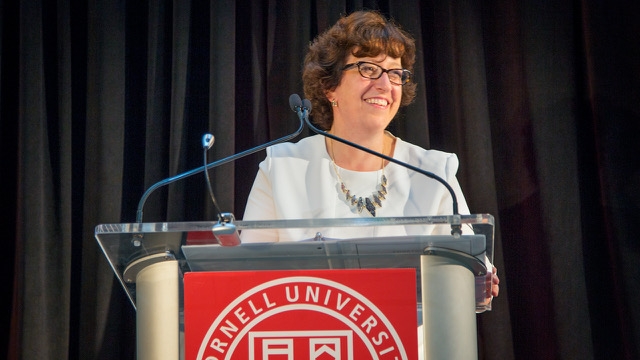 Hosted at Weill Cornell Medicine’s Belfer Research Building and featuring a quartet from the institution’s Music and Medicine Initiative, the reception brought together some 250 people from Cornell’s New York City-based schools, colleges and programs to honor Pollack, who was installed as president Aug. 25. It capped a historic week, with the Cornell Tech campus dedication Sept. 13 on Roosevelt Island.

“This wildly innovative graduate school, where research flourishes in a collaborative environment without disciplinary silos and in close connection to industry,” Pollack said, “can now truly come into its own, with all the benefits of its own highly advanced and incredibly sustainable facilities.” 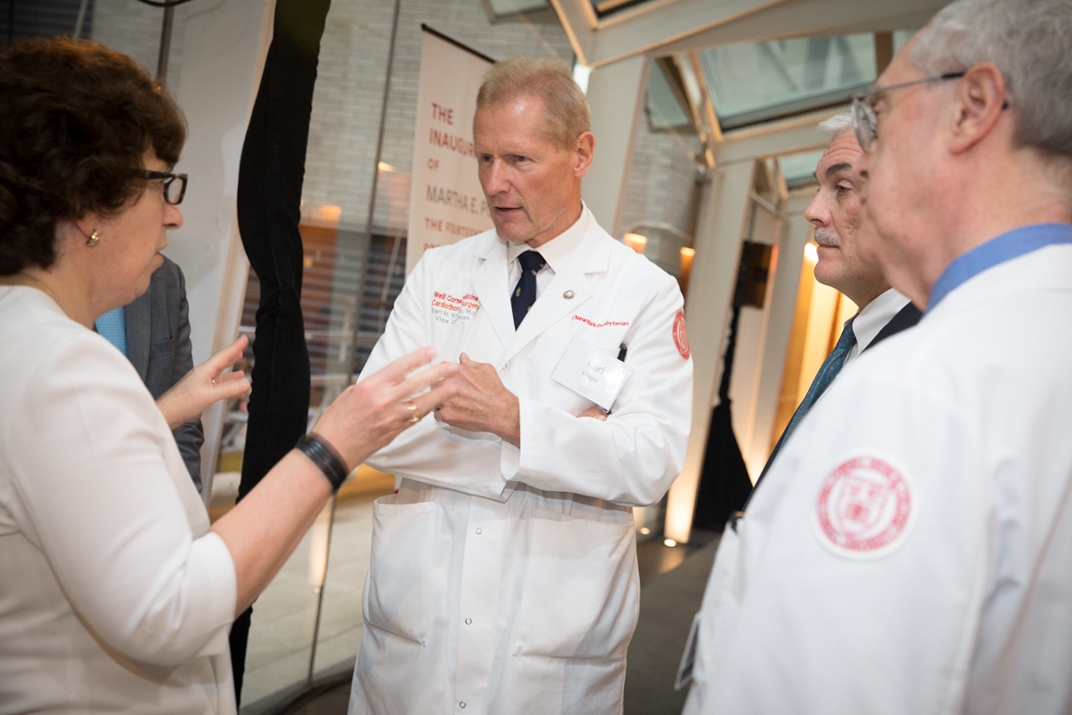 Investigators at Weill Cornell Medicine, Cornell Tech, the Meinig School of Biomedical Engineering and the College of Veterinary Medicine are joining forces to advance scientific discovery. Joint degree programs have been established between schools in Ithaca and New York City, and faculty are collaborating across colleges.

“Working together, and with our colleagues in Ithaca, we can do so much more – which is why President Pollack is the perfect person to lead our university,” Dr. Choi said. “Her vision for One Cornell and her commitment to academic medicine and scholarship, education and civic responsibility will lead us into the future, as we forge new collaborations and explore different models for integration across campuses.”

Dan Huttenlocher, the Jack and Rilla Neafsey Dean of Cornell Tech, echoed that praise of Pollack, a leading academic and scholar who is committed to upholding Cornell’s core values and understands the “changes of the digital economy that are so important to all of higher education.”

“Martha is an outspoken champion of values that are so critical to academic inquiry: freedom of speech, global engagement, critical thinking,” Huttenlocher added.

With investigators increasingly “working together to leverage the strengths of each unit through innovative collaborations,” Pollack said, Cornell is poised for continued strength and pre-eminence in academia.

“I see a future with many more such partnerships, in which we are truly One Cornell,” Pollack said, “and in which together we become an even more distinguished, distinctive and diverse university.”