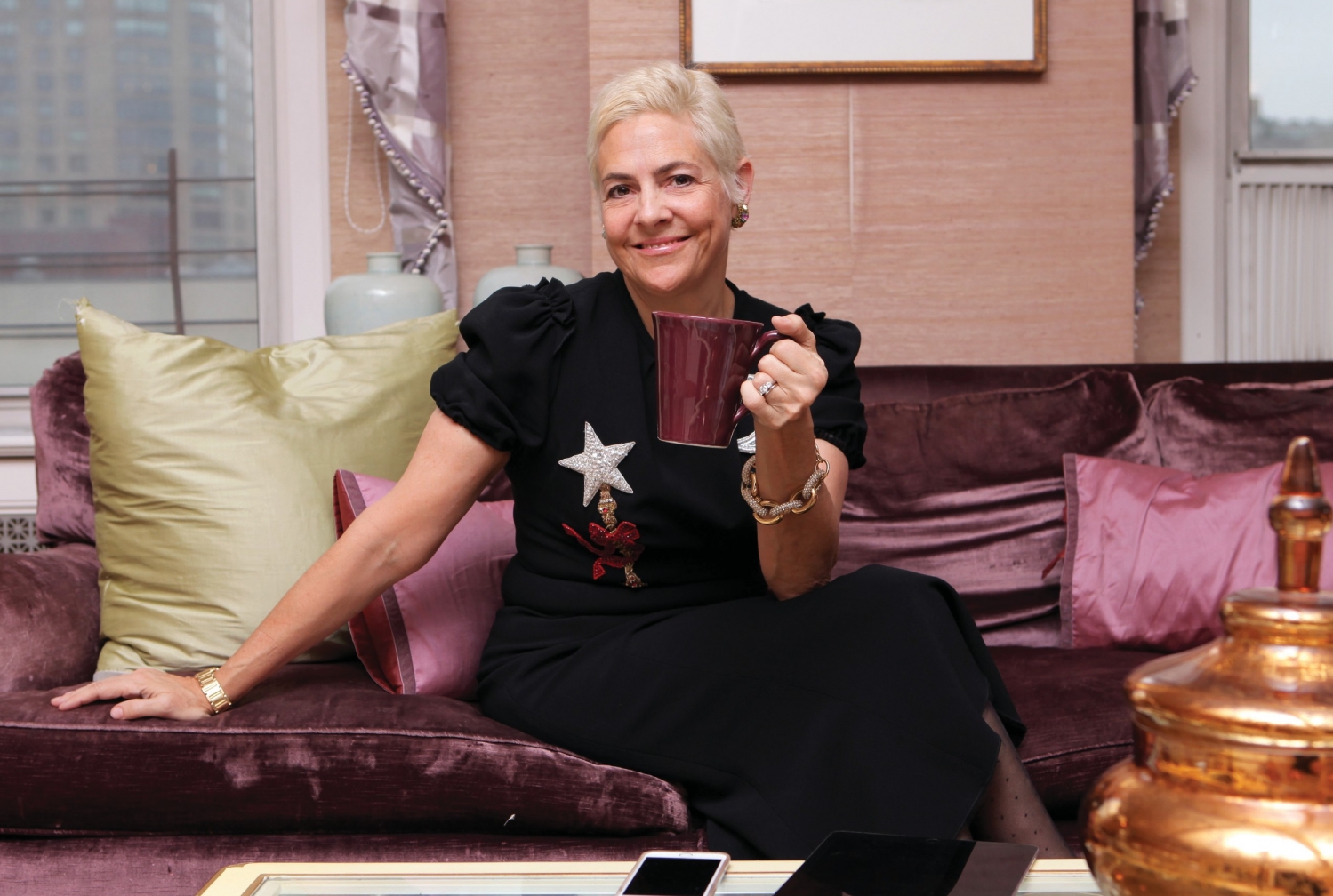 GOOD GRIP: Investment executive Alexander Lebenthal at home in Manhattan following her successful procedure for essential tremor, which she coped with all her life. Before the treatment, she often stuggled with mundane tasks like holding a cup of coffee. Photo credit: John Abbott.

Alexandra Lebenthal can’t recall a time growing up when her hands didn’t shake uncontrollably. Since age three, she has dealt with essential tremor, a neurological disorder that left her struggling with everyday activities like cutting food, pouring drinks and holding a pen. “It was incredibly embarrassing and frustrating,” she says. “One of my earliest memories is crying to my mother about it.”

As an adult, Lebenthal — now 52 and CEO of a boutique investment firm in Manhattan — tried different medications, but nothing really worked. She found ways to cope over the years — using two hands to grip a glass of water, for example. But Lebenthal always longed for the day when she wouldn’t have to explain her condition to strangers. “It was something that was always really difficult to talk about,” she says. “It’s affected me in so many ways.”

Then in spring 2016, Lebenthal saw a video on Facebook about an Israeli company that had developed a non-invasive device that uses high-intensity focused ultrasound, or HIFU, to destroy tissue in a tiny area of the brain thought to be responsible for causing tremors. She immediately called her neurologist, who told her about a clinical trial at Weill Cornell Medicine that sought to test the technology. In August, she became the second person in New York to undergo the procedure; it was performed by Dr. Michael Kaplitt, MD ’95, vice chairman for research in the Department of Neurological Surgery and a neurosurgeon at NewYork-Presbyterian/Weill Cornell Medical Center, who was the first doctor in the state to use the technique. Since then, Lebenthal’s tremors have stopped entirely. “Nobody knows what this means to me,” she says. “Every few days there’s a new thing that I do that I couldn’t do before.”

Like the late actress Katharine Hepburn, Lebenthal is one of an estimated 10 million people in the United States with essential tremor, characterized by involuntary trembling of the hands, head and voice. Often misdiagnosed as Parkinson’s disease, essential tremor is eight times more common — and unlike Parkinson’s, it’s usually worse when the body is in motion. Though not fatal, Dr. Kaplitt says essential tremor is a progressive condition that can damage a person’s quality of life. “It affects how someone functions as a human being,” he says. “It can be an extremely debilitating illness.” 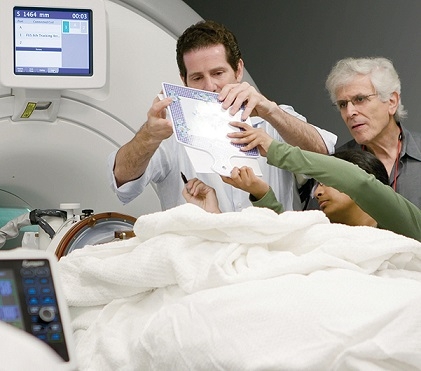 Most people associate ultrasound with the technology that allows expectant parents to see their developing baby, or the imaging technique that informs diagnoses and treatments. However, HIFU has been used in the past to treat uterine fibroids and cancers of the breast and prostate, and in July, the FDA approved the method for essential tremor. During the procedure, a patient wears a fitted helmet holding 1,000 transducers, or sources of ultrasound waves, while lying inside an MRI machine that helps guide surgeons to the exact spot in the brain where tremors originate. Dr. Kaplitt then works with Dr. Levi Chazen an assistant professor of radiology, using advanced imaging to identify the brain circuit responsible for the tremor. This allows them to direct the ultrasound beams at the optimal target for each individual patient and slowly increase energy levels; no single wave has the strength to do permanent damage, but together they are powerful enough to obliterate this faulty section of the brain. “By taking it out, it frees up the rest of the brain to function more normally, says Dr. Kaplitt.

Patients are awake throughout the procedure, which takes about three hours, so doctors can monitor their progress. At various intervals, Lebenthal was asked to draw a straight line or a spiral to assess how well the therapy was working. “If you have tremors that’s nearly impossible,” she says. But by the end of the process, she adds, “my lines and spirals were perfect. The tremors completely went away.” According to the study that the FDA cited in giving its approval — work (not involving Weill Cornell Medicine researchers) that was published in the New England Journal of Medicine in August — patients treated this way at eight international centers retained a 40 percent improvement in tremors and motor function for at least one year. But there are potential side effects, including numbness, weakness and loss of balance. Lebenthal initially felt unsteady while walking after the procedure, but she says that sensation went away within two weeks.

Dr. Kaplitt says HIFU is an alternative to deep brain stimulations (DBS), the leading treatment option for patients with essential tremor who don’t respond to medication; it involves implanting an electrode in the brain connected to a battery placed in the chest. The pacemaker-like device sends continuous electrical charges to the brain that block the impulses causing tremors. While DBS is very effective, Dr. Kaplitt — who has been performing it for more than 16 years — says some patients, like Lebenthal, are hesitant to undergo this more intrusive surgery. With HIFU, he explains, “they’re left with no incision and no device left in the body. That’s obviously the major advantage.”

Moving forward, Dr. Kaplitt believes HIFU could possibly help those with Parkinson’s, epilepsy and other movement disorders. His laboratory has also been investigating ways to use focused ultrasound to deliver gene therapy, chemotherapy or other treatments to specific areas of the brain, as a new way to combat problems that range from brain tumors to psychiatric illness. “There’s a real possibility in the next few years — not decades — of trying to apply this to a host of other things,” says Dr. Kaplitt. “That’s extremely encouraging.”

As for Lebenthal, she’s just thrilled that HIFU has helped her do daily tasks as simple as write her name or sip a cup of coffee. “It’s the miracle of science, and the hope it represents for people,” she says. “It can truly change lives.”

This story first appeared in Weill Cornell Medicine, Vol. 16. No. 2