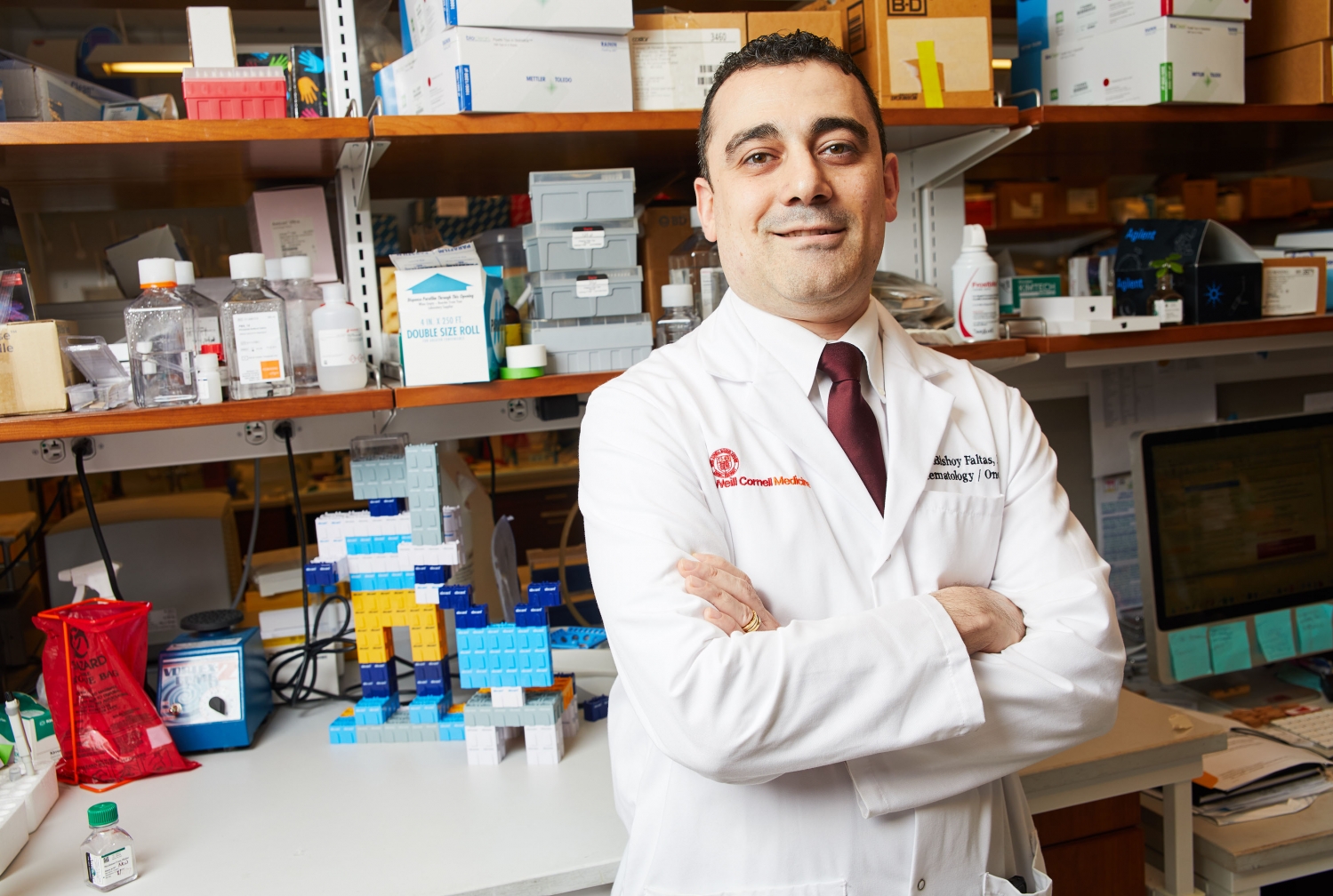 Dr. Bishoy Faltas, an assistant professor of medicine at Weill Cornell Medicine and an oncologist at New York Presbyterian/Weill Cornell Medical Center, has been awarded a Career Development Award from the Department of Defense to investigate the biology of a family of proteins thought to drive resistance to chemotherapy in the advanced stages of bladder cancer.

The prestigious award from the Department of Defense’s Congressionally Directed Medical Research Program (CDMRP), which Dr. Faltas received in April, provides $610,000 in funding over a three-year period to conduct this impactful research. This is the first year that bladder cancer was added to the list of the research topics funded by CDMRP, emphasizing the growing recognition of this cancer’s toll on patients’ lives.

Dr. Faltas will use the award to investigate the role of the APOBEC3 family of proteins. These proteins normally act as part of the human innate immune system to deactivate viruses such as HIV by mutating their DNA. He hypothesizes that these proteins also play a critical role in editing the DNA of bladder cancer cells to cause mutations that drive chemotherapy resistance over time.

“Once we understand how these proteins drive resistance to therapy, we will be able to prevent resistance from happening in the first place in patients with bladder cancer,” Dr. Faltas said.

Bladder cancer is the fourth most common cancer in men. It is estimated that there are approximately 76,000 new cases and 16,000 deaths caused by the disease each year. In 2016, the first therapy was approved for patients with advanced bladder cancer that progressed after chemotherapy. Additional similar therapies have been approved since then. Unfortunately, less than a quarter of patients respond to these therapies. Dr. Faltas believes that by understanding the biology of resistance, scientists can develop treatment strategies to prevent disease progression or even reverse it.

Dr. Faltas previously found that a pattern of mutations attributed to the APOBEC3 proteins was enriched in bladder cancer patients who have had chemotherapy. He hypothesizes that chemotherapy drugs cause breaks to form in double-stranded DNA, exposing single strands of DNA. These exposed strands are then bound and mutated by the APOBEC3 proteins in bladder cancer cells.

“Our study will dissect a critical mechanism that drives the evolution of bladder cancer and resistance to therapy,” Dr. Faltas said. “I am grateful for the support of the Department of Defense for my research. “My goal is to translate these results to new therapies for bladder cancer patients.”