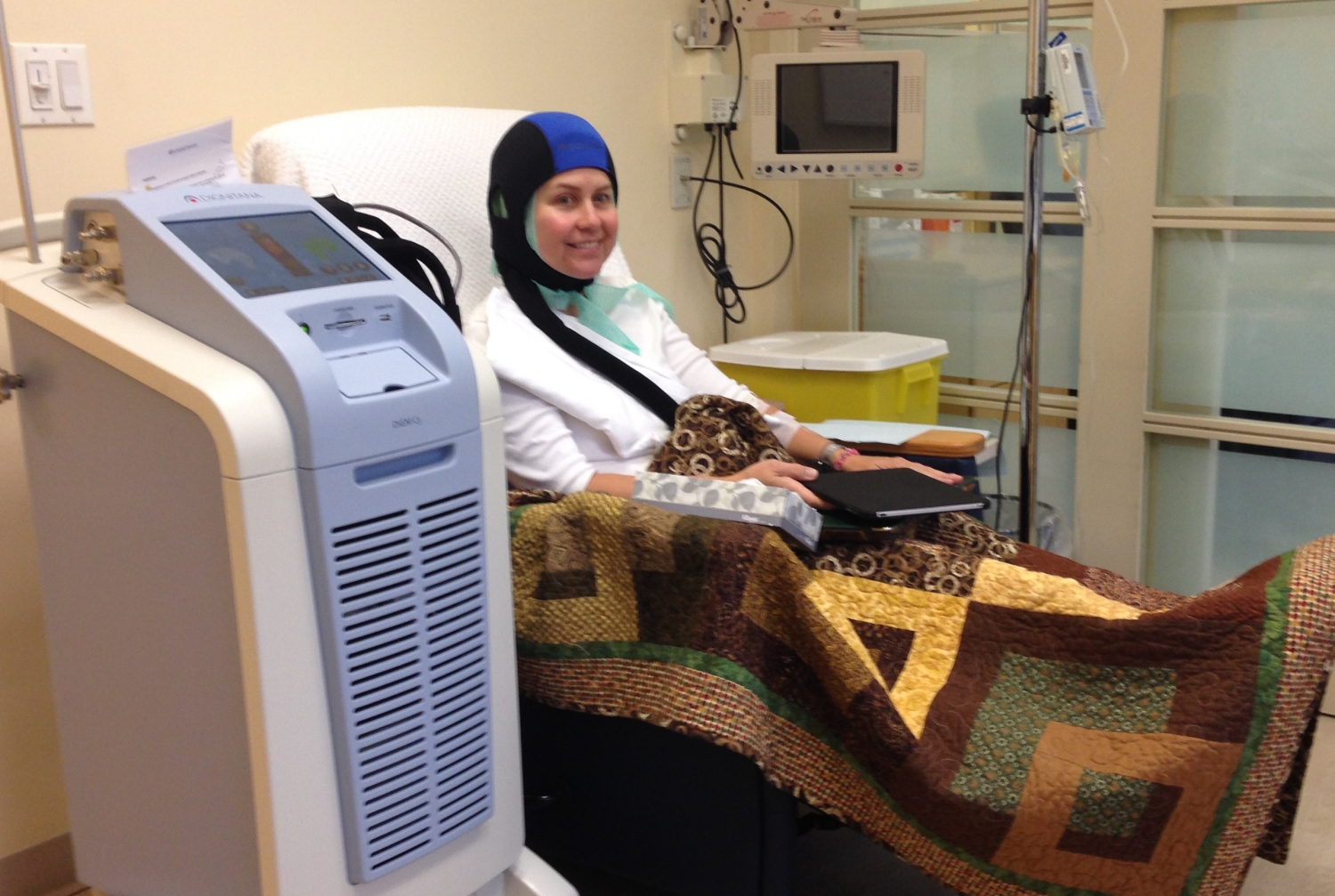 Scalp cooling can lessen some chemotherapy-induced hair loss – one of the most devastating hallmarks of cancer – in certain breast cancer patients, according to a new multicenter study from UC San Francisco, Weill Cornell Medicine, NewYork-Presbyterian and three other medical centers.

A majority of the study’s patients, all women with stage 1 or 2 breast cancer who underwent scalp cooling, retained more than half of their hair after completing chemotherapy, the investigators learned. The study, published which tracks patients over five years, used standardized photographs to grade hair loss. The study was published Feb. 14 in JAMA, the Journal of the American Medical Association.

“Hair loss is almost universal among breast cancer patients receiving adjuvant chemotherapy and is one of the most distressing of adverse side effects,” said first author Hope S. Rugo, MD, the corresponding author who led the study. Rugo is a UCSF professor of medicine specializing in breast cancer research and treatment, and director of the breast oncology and clinical trials education program at the UCSF Helen Diller Family Comprehensive Cancer Center.

“We found that scalp cooling during commonly used chemotherapy regimens was well tolerated and was associated with significantly less hair loss, as well as improvement in several quality-of-life indicators,” Rugo said. “While further research is needed, the data suggest that when scalp cooling is successful at decreasing hair loss, it could improve the treatment experience for women undergoing adjuvant chemotherapy for early-stage breast cancer.”

Breast cancer is the most common cancer in women around the world, both in developed countries and less developed ones, according to the World Health Organization.

Scalp cooling has been used in more than 30 countries as a way to potentially prevent hair loss in patients receiving chemotherapy; in Europe it’s been used for several decades. Two types of cooling caps are typically used: frozen caps that need to be replaced every half hour, or cooling systems that continually circulate coolants into a cap during the entire chemotherapy session.

In the United States, scalp cooling has been limited because of factors including insufficient scientific data and concern about the theoretic risk of scalp metastases.

For the JAMA study, researchers investigated the effectiveness of one device: the DigniCap scalp cooling system manufactured by the Swedish public company Dignitana AB, which partly funded the research. In December 2015, based on preliminary results from the study, the U.S. Food and Drug Administration cleared the DigniCap for use in the U.S., the first and only cooling cap to date to receive such clearance.

In the JAMA paper, 122 women with stage 1or stage 2 breast cancer were studied – all received non-anthracycline adjuvant chemotherapy, which generally causes severe hair loss. Of those women, 101 were enrolled in scalp cooling; 16 others, also undergoing chemotherapy but not scalp cooling, were in the control arm.

Scalp cooling began 30 minutes prior to each chemotherapy cycle and involved a close fitting of the silicone cap on the patient’s head, followed by an insulating neoprene cap. The silicone cap was then gradually cooled. The DigniCap is set to cool at 3 degrees Celsius (37 degrees Fahrenheit) with a temperature variance of plus or minus 2 degrees.

Of 101 patients who underwent scalp cooling, 67 of them (66.3 percent) retained half or more of their hair, the authors wrote. In the parallel control group, all the patients lost their hair. Additionally, three of five quality-of-life measures were significantly better for the women who underwent scalp-cooling, including feeling more physically attractive.

“Enabling a woman to preserve her hair during chemotherapy is empowering,” said senior author Tessa Cigler, MD, MPH, an assistant professor of clinical medicine in the Weill Cornell Breast Center and a member of the Sandra and Edward Meyer Cancer Center at Weill Cornell Medicine, and an oncologist at NewYork-Presbyterian/Weill Cornell Medical Center. “Scalp cooling allows patients to protect their privacy and maintain their self-esteem and sense of well-being. This study provides long-awaited evidence for an effective and practical scalp cooling method.”

The mean age of the cold cap patients was 53 years. Some 77 percent of the patients were white, 9 percent were black and nearly 11 percent were Asian. The study was conducted between August 2013 and October 2014. The average duration of chemotherapy was 2.3 months.

Many of the patients reported mild headaches or scalp pain associated with the scalp cooling. Two patients discontinued scalp cooling due to feeling cold. There has been no evidence of scalp metastases in any patient after approximately 30 months of follow up. All patient follow up will continue for a total of five years.