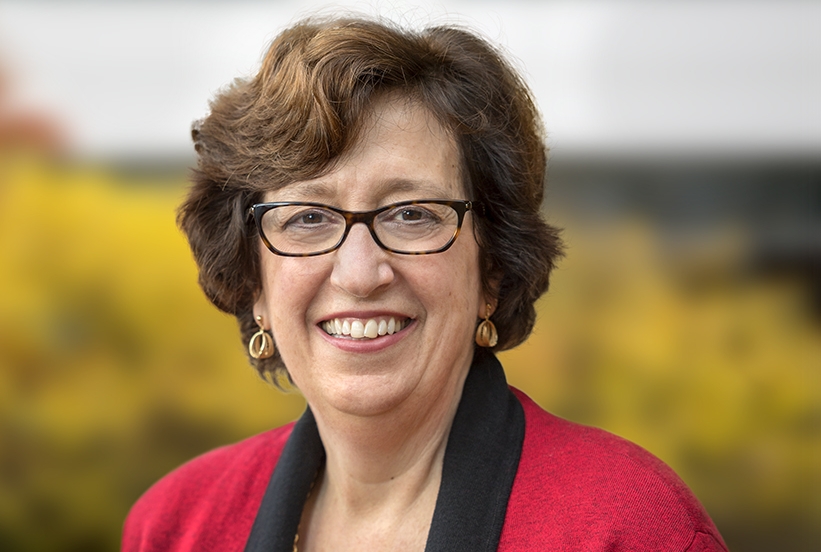 The board’s vote followed the selection of Pollack by a Presidential Search Committee that was formed in April 2016 following the death on March 6 of President Elizabeth Garrett. Hunter R. Rawlings III, who has served as Cornell’s interim president since April 25, will remain in his current role through April 16, 2017.

“I am humbled and honored to have been elected to lead this great university,” Pollack said. “As a private university with a public mission, Cornell is the embodiment of my own deeply held belief in the ability of knowledge to improve the human condition. I can’t wait to get started, and I look forward to meeting and working with Cornell’s outstanding faculty, students, staff and alumni in Ithaca, New York City and around the globe.”

“I am delighted to welcome Martha Pollack as Cornell’s next president,” said Robert S. Harrison ’76, chairman of the board of trustees. “She is the perfect person to take the helm of Cornell at this important moment in our history. She has successfully managed a comparably complex institution and is a bold thinker who will inspire our faculty and students in Ithaca and across all of our campuses; her academic background in computer science will serve us extremely well as we open the Cornell Tech Roosevelt Island campus next year; and her familiarity with the issues facing academic medicine will be invaluable as we continue to grow Weill Cornell Medicine in New York City.”

Pollack was appointed to her current position at the University of Michigan in 2013. As the university’s chief academic officer and chief budget officer, she is responsible for the academic enterprise, which serves more than 43,000 students with over 16,000 faculty and staff, has annual operating revenues of $3.4 billion, and includes 19 schools and colleges, a number of freestanding research units, libraries and museums, and an array of academic support units. She also oversees the academic programs, ensuring that they maintain the highest level of quality and a persistent commitment to diversity and equity, and that the university’s administrative functions are aligned with its academic mission.

Prior to becoming provost, Pollack served the University of Michigan as vice provost for academic and budgetary affairs, dean of the School of Information, and associate chair for computer science and engineering in the Department of Electrical Engineering and Computer Science. She has been on the faculty at Michigan since 2000.

At Cornell, Pollack will have tenured appointments in the Departments of Computer Science and Information Science. She currently serves on the Steering Committee of the Jacobs Technion-Cornell Institute, the academic partnership between Cornell and the Technion – Israel Institute of Technology at Cornell Tech.

A fellow of the American Association for the Advancement of Science, the Association for Computing Machinery and the Association for the Advancement of Artificial Intelligence (AAAI), Pollack’s research has been in the area of artificial intelligence, where she has published widely on topics including automated planning, natural-language processing, temporal reasoning and constraint satisfaction. A particular focus of her work has been the design of intelligent technology to assist people with cognitive impairment, a topic on which she testified before the United States Senate Subcommittee on Aging. Her research has been funded by the National Science Foundation, Intel, DARPA and the Air Force Office of Scientific Research.

In addition to receiving a number of awards for her research, she has been honored for her professional service, for example, with the University of Michigan’s Sarah Goddard Power Award in recognition of her efforts to increase the representation of and climate for women and underrepresented minorities in science and engineering. She has served as editor-in-chief of the Journal of Artificial Intelligence Research, as president of AAAI, as a member of the Advisory Committee for the National Science Foundation’s Computer and Information Science and Engineering Division, and as a member of the board of directors of the Computing Research Association.

Before joining the University of Michigan, Pollack was a professor at the University of Pittsburgh and a member of the technical staff at SRI International. Pollack received her bachelor’s degree from Dartmouth College, completing a self-designed interdisciplinary major in linguistics. She earned her M.S.E. and Ph.D. degrees in computer and information science from the University of Pennsylvania.

She has been married for 32 years to Ken Gottschlich, an engineer and jazz musician by training. They have two grown children, Anna and Nicholas.

“The search committee set out to find a bold and strategic leader who would engage the entire Cornell community in furthering the university’s core mission,” said Jan Rock Zubrow ’77, chairman of the Executive Committee of the board of trustees and of the Presidential Search Committee. “In Martha Pollack, we have found that person, and more. Recognized for her collaborative leadership style, she is uniquely qualified to bring together Cornell’s outstanding colleges, schools and campuses to elevate and align the entirety of our great university.”

Zubrow led a search committee of 19 individuals representing a cross-section of Cornell constituencies, including trustees, faculty members, undergraduate and graduate students, employees, senior administrators, and alumni. The committee was advised by two former board chairs and a former chair of the Weill Cornell Medicine Board of Overseers.

“I congratulate Jan Rock Zubrow and the search committee for their outstanding choice of Martha Pollack as Cornell’s 14th president,” said Rawlings. “As president of the Association of American Universities, I had an opportunity to work with Martha. She will be a great president, and her hands-on knowledge of Cornell Tech will help to solidify the growing collaborations and synergies among Cornell’s upstate and downstate campuses. I look forward to working with her over the coming months on a smooth transition.”