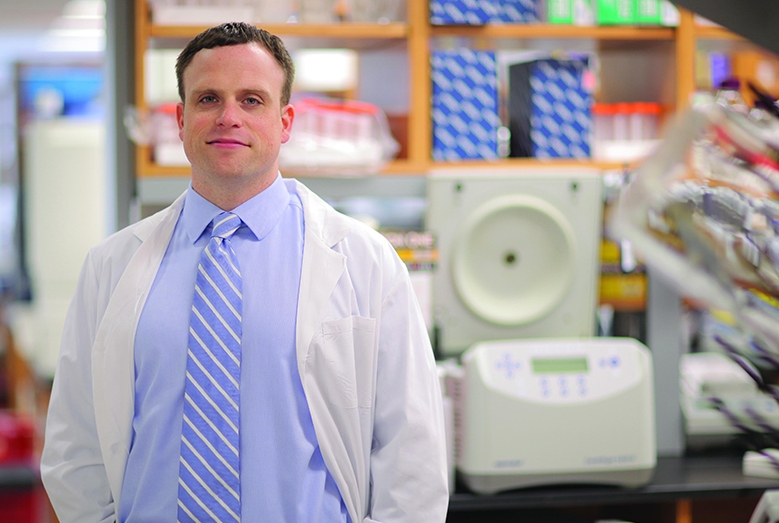 New York, NY (May 26, 2016) — Weill Cornell Medicine has been awarded a Grand Challenges Explorations Grant, an initiative of the Bill & Melinda Gates Foundation, Weill Cornell Medicine announced today. The grant, which provides $100,000 in funding for its first phase, will enable scientists to develop maps of 54 international cities that show their genetic differences and also their epigenetic states — which detail how genes are turned on or off and stratify strains of bacteria. The information will allow researchers to better study antimicrobial resistance in these cities and help city planners and public health officials to make urban centers safer and more resilient for the billions of people that live there.

Dr. Christopher Mason will serve as the principal investigator of the project titled "Global Distribution and Epigenetic Stratification of Anti-Microbial Resistance (AMR)." He is an associate professor of physiology and biophysics and of computational genomics in the HRH Prince Alwaleed Bin Talal Bin Abdulaziz Al-Saud Institute for Computational Biomedicine at Weill Cornell Medicine, and is the WorldQuant Foundation Research Scholar at Weill Cornell Medicine. Supporting the project is one of 43 prestigious grants awarded this term by the Bill & Melinda Gates Foundation that strive to find solutions to global health challenges.

"This work is so exciting because there is this entire invisible world around us that we can now start to bring into focus," said Dr. Mason, who oversaw a similar study in New York City's subway system in 2015. "The genetic and epigenetic maps that we'll develop will be invaluable for public health, disease surveillance and the planning of smarter cities in the future."

To create these maps, investigators will collect and sequence a vast array of DNA, RNA and microbes gathered from subways, buses and parks in cities including Stockholm, Shanghai, Hong Kong and Moscow. These transportation systems and public meeting spaces will represent the larger cities' unique and complicated mix of microbes and DNA from all of the species that live there. Additional material is set to be collected from beaches and sewer systems in New York, Boston and Montevideo, Uruguay.

The interdisciplinary team of geneticists, microbiologists, engineers, and designers will be on the lookout for new biology, including new species and new genes; anti-microbial resistance markers at the genetic and epigenetic level; and new, naturally occurring drugs made by microbes, which are known as biosynthetic gene clusters.

"What started in New York City is now a global effort to understand the microbiome of cities," Dr. Mason said. "As a global team, we will be the first to reveal how invisible dynamics at work in cities affect — and can be used to improve — their sustainability and safety, and notably how these genetic signatures move between cities."

Dr. Mason will oversee an already assembled cohort of experts, called the MetaSUB Global Consortium, with MetaSUB standing for the Metagenomics and Metadesign of Subways and Urban Biomes. This team will conduct work in genomics, data analysis, engineering, public health and architecture, and use the knowledge gleaned from Dr. Mason's earlier Pathomap project to determine how to improve collection and sequencing protocols and controls, and how to best train the hundreds of international participants.

The project officially starts on June 21, when collaborating scientists from 54 cities across 32 countries and six continents will make their first collections on what they have dubbed "Global City Sampling Day." Additional sampling will take place before, during, and after the 2016 Olympic Games, set to be held in Rio de Janeiro in August. With more than 1 million people from around the world expected to attend, the event presents a unique opportunity to study the city's microbes and genomic dynamics during this huge influx of global visitors, Dr. Mason said.

Grand Challenges Explorations is a US$100 million initiative funded by the Bill & Melinda Gates Foundation. Launched in 2008, over 1186 projects in more than 61 countries have received Grand Challenges Explorations grants. The grant program is open to anyone from any discipline and from any organization. The initiative uses an agile, accelerated grant-making process with short two-page online applications and no preliminary data required. Initial grants of US$100,000 are awarded two times a year. Successful projects have the opportunity to receive a follow-on grant of up to US$1 million.