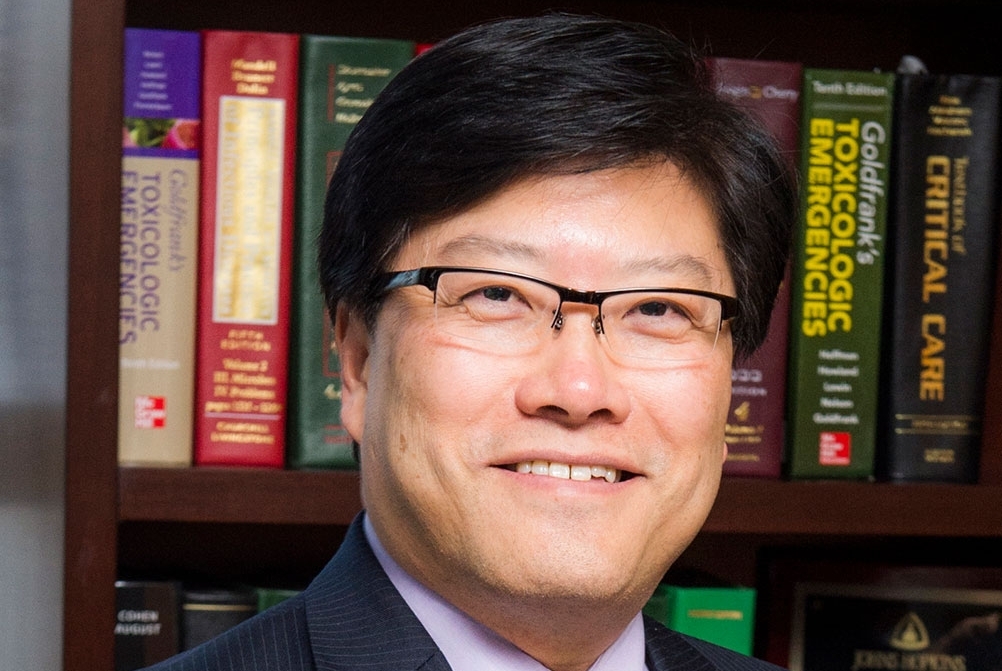 The Cornell University Board of Trustees and the Weill Cornell Medicine Board of Overseers have approved the appointment of physician-scientist Dr. Augustine M.K. Choi, the Sanford I. Weill Chairman of the Weill Department of Medicine, as interim dean of Weill Cornell Medicine and interim provost for medical affairs of Cornell University, starting June 1.

Choi will succeed Dr. Laurie Glimcher, who announced in February she would be leaving Weill Cornell to lead the Dana-Farber Cancer Institute. Glimcher will continue as an adviser at Weill Cornell Medicine through Aug. 31.

The boards also approved formation of a search committee to assist President Emeritus Hunter Rawlings III, who will become the university's interim president April 25, in selecting the new dean and vice provost for medical affairs. The committee will be co-chaired by Rawlings and Jessica Bibliowicz '81, chairman of the Weill Cornell Board of Overseers.

In a message to the Weill Cornell Medicine community April 18, Acting President and Provost Michael Kotlikoff extended his thanks to Choi for his "ongoing leadership" and for assuming the additional responsibilities during the transition.

Regarding the search, Kotlikoff said: "Hunter and Jessica both bring a wealth of experience to the succession process and have a comprehensive grasp of Weill Cornell Medicine's mission, long-term objectives and recent accomplishments. We will keep our constituencies informed as the search committee membership is finalized and we work toward identifying an exceptional new leader for Weill Cornell Medicine."

Choi, who joined the Weill Cornell Medicine faculty in 2013, is the Sanford I. Weill Chairman and Professor of Medicine in the Joan and Sanford I. Weill Department of Medicine. In his role as chairman of the Department of Medicine and physician-in-chief at NewYork-Presbyterian/Weill Cornell Medical Center, he leads one of the country's most comprehensive academic and clinical departments, which comprises 16 divisions and more than 1,700 faculty members, physicians and research scientists.

His expertise is in the pathology and biology of lung disease. His laboratory research has focused on stress response genes and antioxidant enzymes in response to oxidative stress and inflammation in a variety of models of lung disease such as sepsis/acute respiratory distress syndrome. His laboratory also focuses on the improved understanding of the pathogenesis of chronic obstructive pulmonary disease.

Choi has authored more than 235 original publications in peer-reviewed journals, plus 16 book chapters and 70 reviews, and serves as principal investigator of a National Institutes of Health program project grant and multiple R01 grants. He is a member of the American Society of Clinical Investigation and Association of American Physicians. He was the recipient of the 2011 Ho-Am Prize in Medicine, awarded for outstanding contributions to the development of science and medicine, often referred to as the Korean Nobel Prize.

"Dr. Choi is ideally positioned to understand the needs of Weill Cornell Medicine as it moves forward," said Bibliowicz. "We are fortunate to have such a seasoned executive and physician-scientist step up to continue the institution's strong clinical, research and educational enterprises."

Said Choi: "I am tremendously honored to serve in this capacity and look forward to advancing the mission and reach of Weill Cornell Medicine and its extraordinary work."

This story first appeared in the Cornell Chronicle.