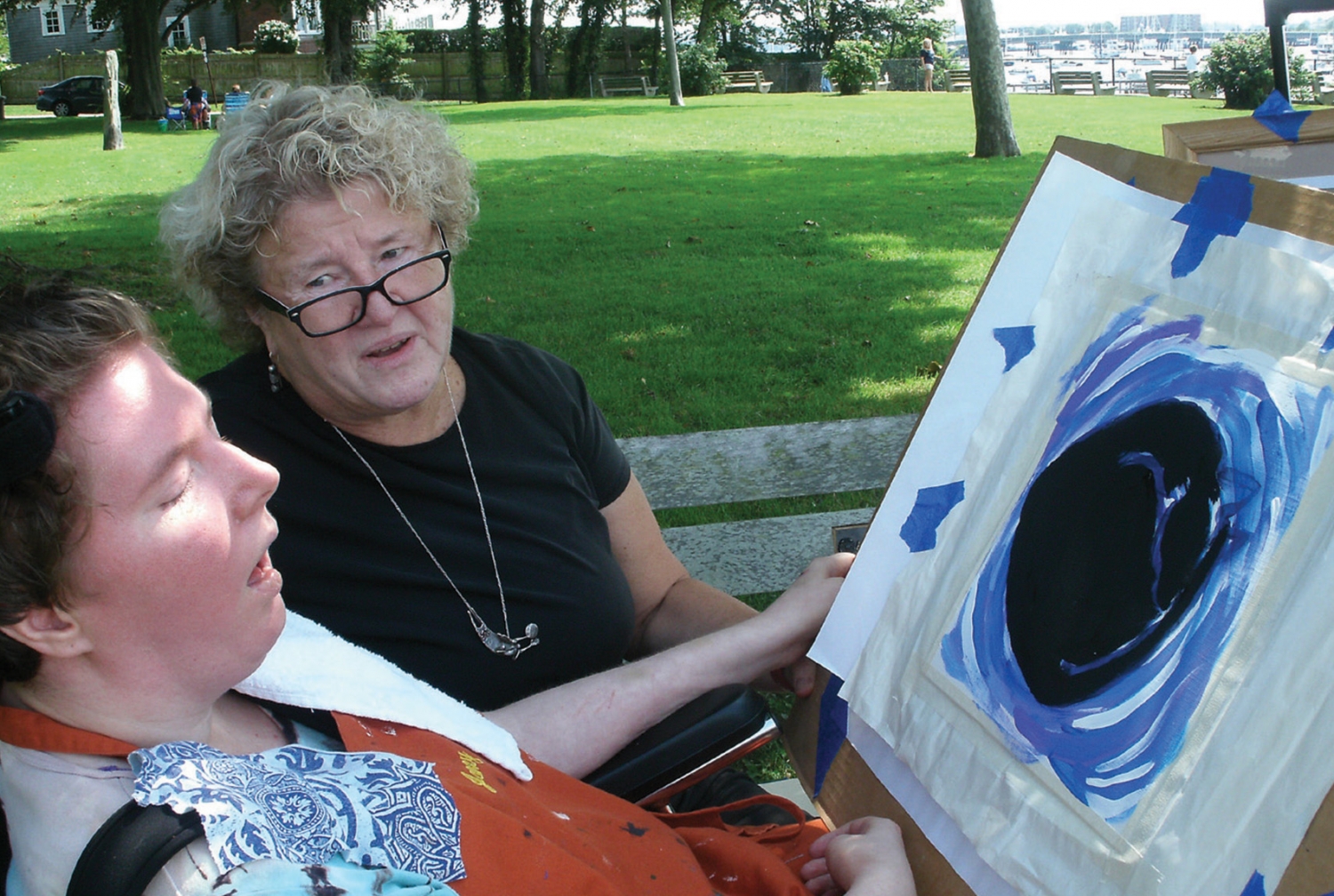 A new book by bioethicist Dr. Joseph Fins explores the rights of the minimally conscious

Just days before she was scheduled to graduate from Smith College, 22-year-old aspiring veterinarian Maggie Worthen had a severe stroke caused by a blood clot in her brain stem. It was May 2006, and earlier in the day she had complained of a terrible headache but didn't go to the infirmary, instead staying in her dorm room at Smith to finish a final paper. After hearing strange noises and getting no response, a friend entered Maggie's room through a window and found her unconscious, her body blocking the door.

For hours, Maggie teetered at the brink of life and death. She had numerous seizures, and after being transferred to a large area hospital she underwent surgery to remove the clot. When she was eventually released to a nursing home months later, it was with a diagnosis of permanent vegetative state.

Despite this designation — which meant that she had no awareness of herself, others or her environment — Maggie's mother, Nancy, thought there may be more going on in her daughter's mind. Maggie would occasionally make sounds or cry when such a reaction made sense. Nancy wanted to find out whether her daughter was still there — or proof that she wasn't. Eighteen months later, she got that chance when Maggie was accepted into a study at Weill Cornell Medicine.

The Worthens' story — along with those of dozens of other families who were forced to deal with the consequences of disorders of consciousness from a severe brain injury — is at the heart of "Rights Come to Mind: Brain Injury, Ethics, and the Struggle for Consciousness" by Dr. Joseph Fins, chief of the Division of Medical Ethics, the E. William Davis Jr., MD, Professor of Medical Ethics and a professor of medicine at Weill Cornell Medicine. In his book, Dr. Fins weaves these narratives into a complex tale of how the care of these patients is complicated by the history of severe brain injury in America, even as research is unraveling new ways to help the brain recover. His aim: To make the case that medicine must use better tools to diagnose these patients, so those with the potential to improve with rehabilitation and evolving therapeutics can regain function and be reintegrated into society. "Some of these people might be able to interact with their family and friends, but are instead left in a nursing home and never thought to be aware or able to communicate," says Dr. Fins. He cites a study which found that more than 40 percent of nursing home patients with traumatic brain injury were misdiagnosed as vegetative, when they could actually feel pain and comprehend some of what was going on around them. "These are things that give me chills and keep me up at night. Mistaking a conscious individual as permanently unconscious is an affront to human rights."

The idea for the book sprang from Dr. Fins' collaboration with Dr. Nicholas Schiff, the Jerold B. Katz Professor of Neurology and Neuroscience in the Feil Family Brain and Mind Research Institute. Since 1997, Drs. Schiff and Fins — who co-direct the Consortium for the Advanced Study of Brain Injury at Weill Cornell Medicine & the Rockefeller University — have worked together to answer the kinds of questions that stand to shape how society treats people with brain injuries. What is the capacity of brains to recover? What are the mechanisms of that recovery? How do we know that our assessments are accurately describing what's going on in a patient's mind? And what does society morally owe these patients and families? "When we first started, it seemed so shocking to even ask these types of questions," Dr. Schiff says. "No one thought we'd be able to find anything."

But using sophisticated neuroimaging technology, they upended the previous medical classification system — which often lumped all types of brain injuries into one group — and introduced new distinctions and diagnoses. If a patient's neural networks, which Dr. Fins metaphorically likens to an interstate highway system, were essentially bombed out and cratered, that would mean that he or she was in fact permanently vegetative. But if the roadways were intact — but inactive and untrafficked — that meant something entirely different: The highways could become active. Therein lies the distinction between the vegetative and minimally conscious states. 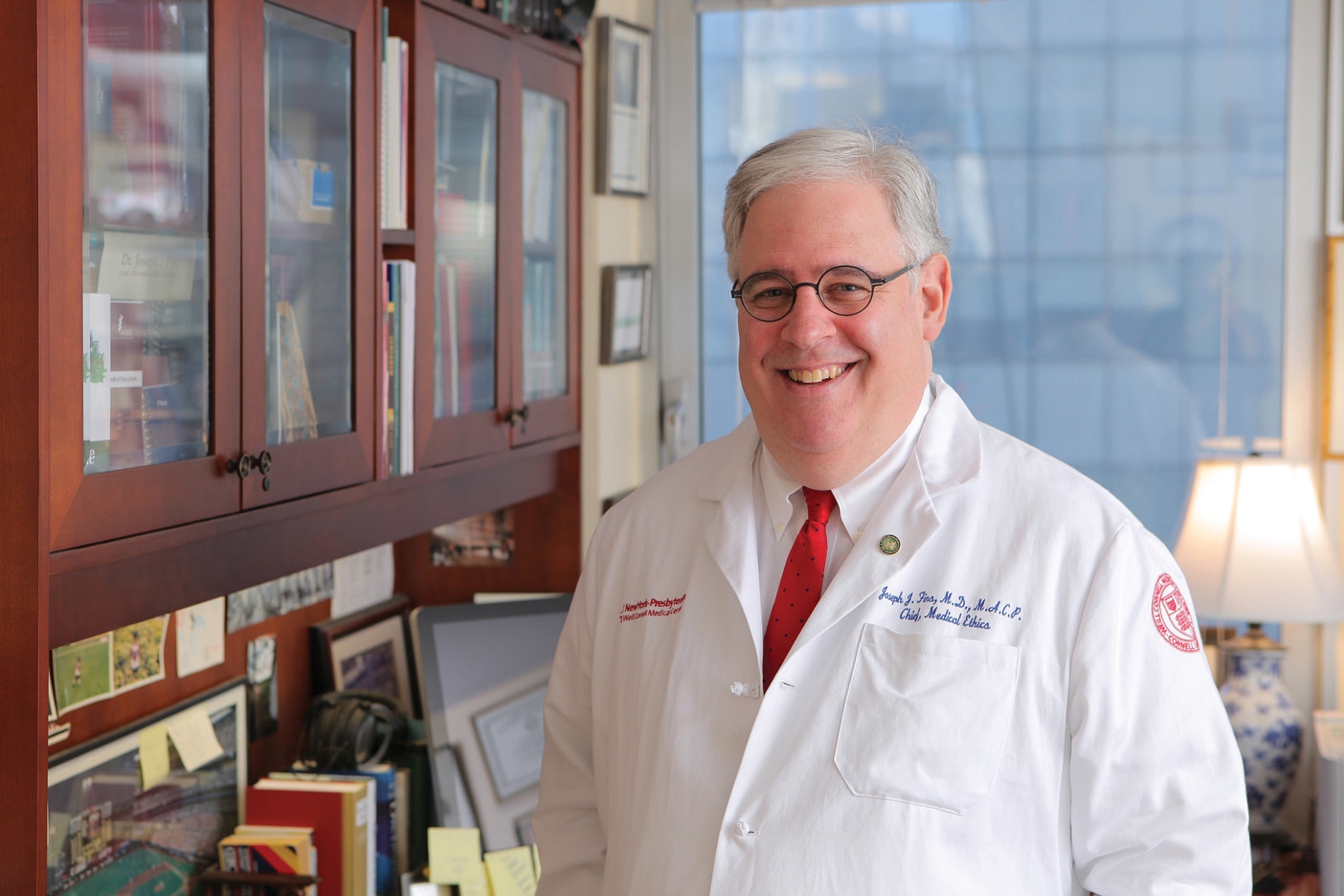 First categorized in 2002, the minimally conscious state (MCS) is hard to diagnose — in part because such patients only sporadically show signs that they're aware of themselves, other people or their environment, even though they are. They might respond to their name once, for instance, but then not again for days, weeks or months. "It may look like nothing is happening, but the connections are still there," says Dr. Fins, whose research was funded by the Robert Wood Johnson Foundation, the Jerold B. Katz Foundation, and the Buster Foundation. "Our goal is to activate these networks and give these patients the tools to communicate, typically using drugs or devices." In the future, deep brain stimulation — an approach pioneered by Drs. Schiff, Fins and colleagues in 2007 — might also become an established therapy to help MCS patients connect with the outside world.

When the Worthens arrived at Weill Cornell Medicine in February 2008 — the first of five visits — Nancy's goal was to determine if her daughter was vegetative or minimally conscious. Knowing the results could go either way, she prepared herself for either outcome. During that visit, Dr. Schiff got Maggie to respond to a question — "Do you see your mother in the room?" — via eye movement. She looked decisively down, for yes. "I cried and celebrated," Nancy says. "The trip was a breakthrough, because after it, people believed that Maggie was there." And when her brain was scanned, its roadways lit up. Key electrical connections were present and her brain was working. "This was real data, and it was huge," Nancy says. With those results, Nancy's friends began to think about Maggie differently. And though it was still a struggle to get proper rehabilitation services, she was now considered a candidate for speech therapy and other rehabilitative treatments, including access to a special computer to aid communication, which made a huge difference in her life. But Dr. Fins stresses that these improvements almost did not happen — and would not have, if her diagnosis had not been clarified and her mother hadn't advocated for her.

Until Maggie's death last August from complications related to pneumonia, she had a life, Nancy says. Together they did art work, meditated and visited her favorite places. "It wasn't the same life that another 25-year old would have if they weren't disabled, but I felt that she was at peace." Nancy says. "Somehow she was able to accept this new reality."

In his book, Dr. Fins — who is also the Solomon Center Distinguished Scholar in Medicine, Bioethics and the Law at Yale Law School — argues that patients with disorders of consciousness should have access to the diagnostic, therapeutic and rehabilitative interventions that will maximize their recovery. But because law and public policy have lagged behind the science, this isn't currently happening. "It's unequivocal that, based on scientific advancements in this field, many people aren't getting the resources they deserve," Dr. Schiff says. "His book is spot on." Dr. Fins aimed the volume, which was published in August by Cambridge University Press, not only at fellow researchers and clinicians but also educated lay readers and policy makers. "Any reasonable person who reads Maggie's story and the stories of others in this book should realize that the way we're treating these people — many of whom are conscious — just isn't right," Dr. Fins says. "There are a lot of people out there who could be helped, but aren't. We have a moral obligation to do a better job."

'Show Us You Are Here'

An excerpt from "Rights Come to Mind"

It is one of the oldest philosophical questions, knowing the conscious existence of another. As noted earlier, each of us can attest to our own existence but cannot say with certainty that another exists. And this seems to suffice in most cases because those of us who are conscious and can speak and affirm our conscious self can defend our interests and choices. Though it is theoretically suspect, in a practical sense, the communication of one's own consciousness becomes a safeguard of one's prerogatives and rights.

We have, however, seen the horrible consequences for patients who may have been conscious but have been unable to communicate and therefore assert themselves after brain injury. Without the ability to communicate they have been vulnerable from their entry into the emergency room, all the way through the ICU and chronic care. Ignored, neglected and mistaken as unconscious, they were relegated to custodial care and worse. The entreaties of their loved ones generally went for naught until a few of them were properly diagnosed and shown to be minimally conscious through careful examination and sometimes ancillary neuroimaging tests.

To ensure that the fate of the next generation of minimally conscious patients is better than the current one, neuroscience will need to enable Maggie and others like her to communicate and show that they are here, and deserve a hearing. Science needs to enable them to more fully demonstrate, through their interactions, that they remain part of human community, a community that is bound together through communication, reminders of our reciprocal obligations to this population of patients.

Advancing an ethical agenda of obligation will require some requisite degree of scientific "proof" of their conscious presence. These "manifestations of self" will need to occur on a more predictive and consistent basis. Only then will there be clarity about society's responsibilities, so that at a minimum a conscious being is never again mistaken for one who is not and that the maximal potential of each patient is achieved.

The importance of such demonstrations cannot be overstated given the legacy of neglect, which has been described, and ongoing concerns about the inflated chronic care costs. In this environment, it is essential that any conflation of vegetative and minimally conscious patients be eliminated so that patients who are in fact conscious are provided with the care that conscious individuals deserve.

This story first appeared in Weill Cornell Medicine, Vol. 15, No.1.