Bacteria in Immune Cells May Protect Against Chronic Inflammation 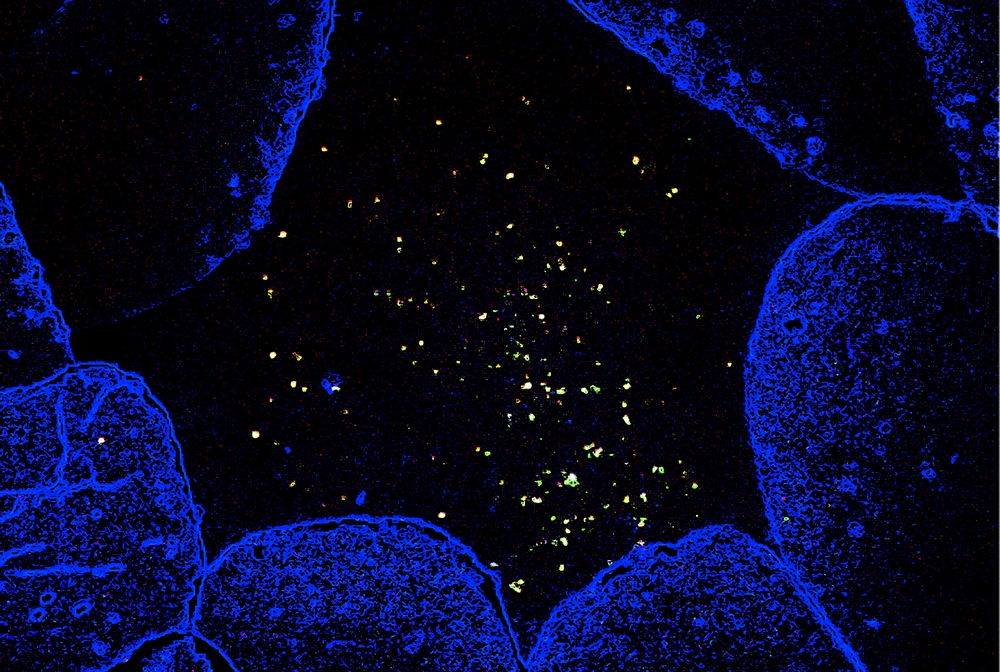 Microscopic image of a unique type of commensal bacteria (depicted in yellow and green) residing in close contact with immune cells (depicted in blue) outside of the intestine in mice. The bacteria appear to protect the mice from inflammation and illness. All images: Dr. Greg Sonnenberg & Thomas Fung.

A population of bacteria inhabits human and mouse immune cells and appears to protect the body from inflammation and illness, Weill Cornell Medicine scientists discovered in a new study. The findings challenge conventional wisdom about the relationship between bacteria and the human body — and about how the microbes influence health and disease.

The study, published March 15 in Immunity, focused on "good" or "commensal" bacteria that live in the human intestine and are essential for digestion and proper immune function. The majority of these commensal bacteria are found in the tube-like inner core of the intestine, called the lumen. The intestine itself acts as a barrier, keeping the bacteria inside the lumen and ensuring that they do not enter the rest of the body. Many reports have demonstrated that if commensal bacteria managed to escape the lumen, they would activate the immune system and cause disease.

But in their study, Weill Cornell Medicine investigators identified a group of commensal bacteria residing in close contact with immune cells outside of the intestinal lumen that defy this thinking. The discovery may alter the way scientists understand diseases like HIV, inflammatory bowel disease, some cancers, and cardiovascular disease. 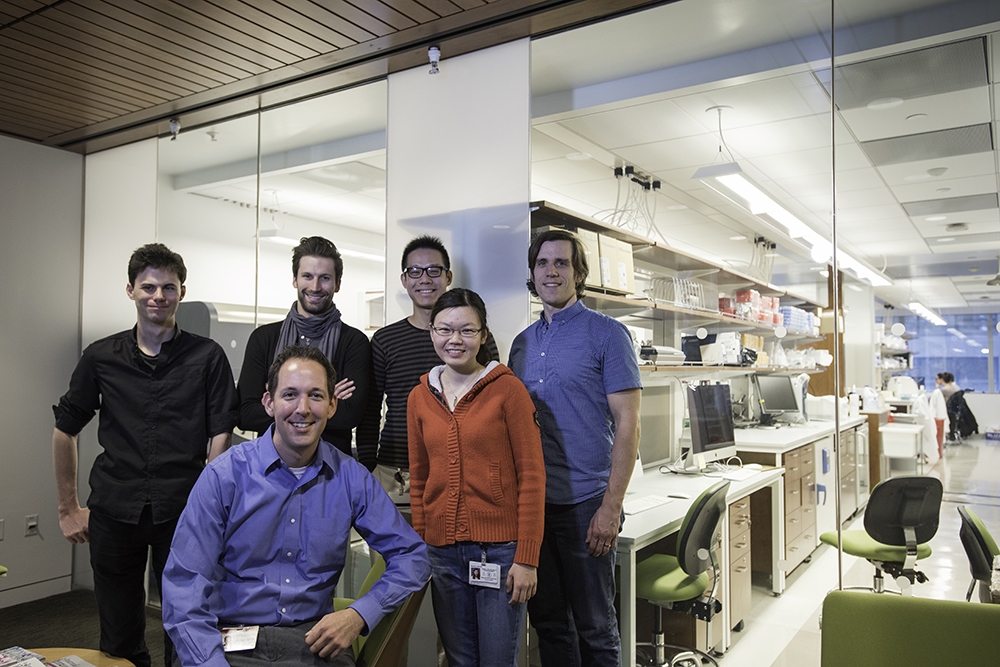 "For a long time, the assumption was that the human body is essentially sterile and that a physical separation between the immune system and our commensal bacteria was necessary to prevent chronic inflammation," said lead author Dr. Gregory Sonnenberg, an assistant professor of microbiology and immunology in medicine and a member of the Jill Roberts Institute for Research in Inflammatory Bowel Disease at Weill Cornell Medicine. "While this is certainly true for most types of commensal bacteria, our new data demonstrate a special class of commensal bacteria that can closely associate with immune cells in a way that is mutually beneficial for both mammals and the microbes."

To learn more about this population of microbes, the researchers studied "germ-free" mice — rodents that are bred to have no bacteria in their bodies and have no contact with outside bacteria. They added this newly identified class of bacteria, called lymphoid tissue-resident commensal bacteria (LRC), to the mice.

The LRC colonized lymphoid tissues — specifically cells in the immune system — located outside of the intestinal lumen. When Dr. Sonnenberg and his colleagues investigated what the bacteria were doing, they found that they did not cause inflammation as expected. Rather, they did exactly the opposite — they limited the inflammatory response in the immune tissue.

The researchers then tried to experimentally induce intestinal tissue damage and inflammation in the rodents. They found that the mice that had LRC in their lymphoid tissue were protected.

"So it seems that these bacteria residing in lymphoid tissue are actually protecting the mice, rather than driving disease as would be expected," said lead author Thomas Fung, a graduate student in Dr. Sonnenberg's lab. "We further found that the immune responses induced by these bacteria are mutually beneficial; they not only protected mice from experimental tissue damage, but they also facilitated bacteria colonization of lymphoid tissues."

These are early findings, but the implications for human health are important to consider, Dr. Sonnenberg added. For example, the prevailing view is that in people with inflammatory bowel disease, colorectal cancer or HIV infection, commensal bacteria disseminate from the lumen of the intestine into the periphery of the body and promote inflammation.

"Our new data indicate that some unique bacteria residing in lymphoid tissues could instead promote tissue protection and limit inflammation," he said, "and our research highlights that it will be important to consider changes in lymphoid tissue-resident microbes during human health and disease."

The Sonnenberg Laboratory is also investigating whether LRCs can be developed as an innovative therapeutic approach to limit chronic inflammation and promote tissue repair in diseases such as inflammatory bowel disease.