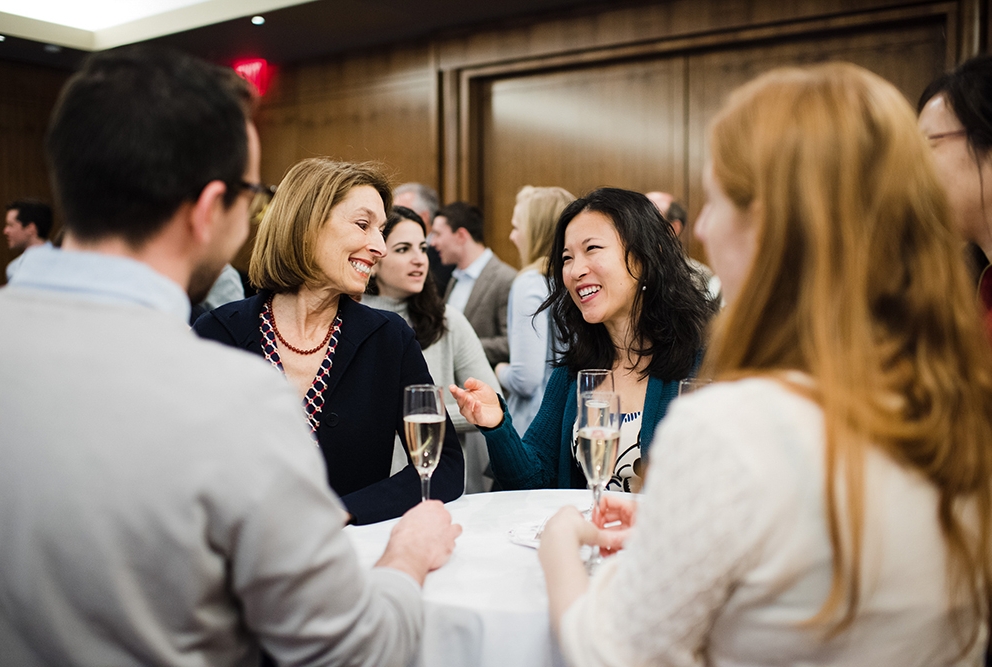 Eleanor Woodward stood between her mother and grandmother, clutching the envelope that sealed her future in medicine.

Woodward left her hometown of San Francisco 12 years ago. Now, her family huddled around the fourth-year medical student, anxiously waiting to see if that future included a residency in psychiatry at the University of California, San Francisco — her first choice.

She held the envelope tightly with two hands, ripping it open to reveal the letter inside. She read it first, and when tears filled her eyes, both her mother and grandmother embraced Woodward together. Finally, she was going home.

"I'm so relieved to have matched to UCSF," Woodward said. "It's such an amazing feeling."

Woodward joined her fellow medical students in Weill Cornell Medicine's Class of 2016 who learned on national Match Day where they will be doing their internship and residency training. Griffis Faculty Lounge erupted in cheers, applause and the clinking of champagne flutes as the students toasted the next three to seven years of their medical careers.

This year's match, announced March 18, was the largest on record, with 18,668 graduating allopathic medical students from across the country and an additional 15,000 graduating international and osteopathic medical students, as well as Americans studying abroad, all competing for some 30,000 residency positions, according to the National Resident Matching Program. More and more students enter the match program each year, with residency spots growing at a slower rate than students applying for them.

Evan Bander doesn't have to move for his residency, having matched to NewYork-Presbyterian/Weill Cornell for neurosurgery — his first choice.

"I came here knowing what I wanted to do," the New York native said. "Every advantage was given to me: I got to work with great faculty and classmates, had the support of my family — and it got me here." 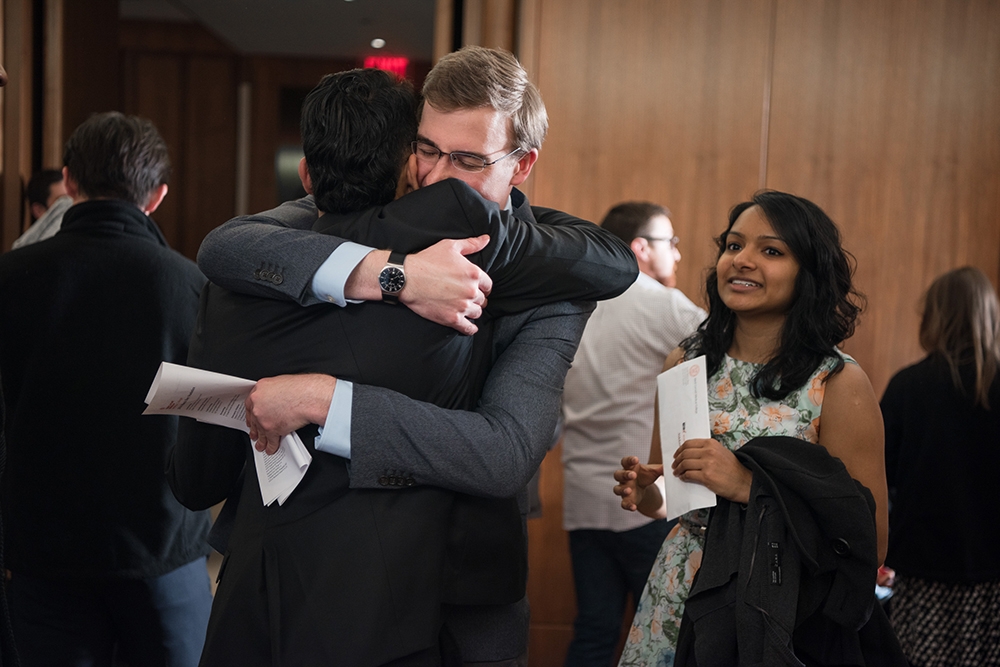 Courtney Haviland and William Shrauner didn't think things could get any better for them, having celebrated their engagement just last week. Then came Match Day: Haviland landed a residency in pediatrics at Massachusetts General Hospital, Shrauner at nearby Brigham and Women's Hospital for internal medicine.

"It's nice to have a face on the future," said Haviland, of Connecticut. "It's starting to feel real. It's going to be hard to leave here."

Rahul Krishnan has spent his medical education more than 1,600 miles away from his wife, Corina, and children Kate, 10, and Liam, 11 months, who live in Houston. His match to the University of Virginia for a residency in obstetrics and gynecology changes all that — now they're planning the next stage of their lives together in the mid-Atlantic.

"It's a wonderful feeling," Krishnan said. "The whole year has been a marathon with exams and interviews. It's a very long process, but it's good to be at the end of it. It came quicker than I would have imagined."

A best man and groom shared a high five in a packed Griffis. Even though it's not his wedding day yet, William Cope already has something to celebrate: He and best man Nick Maston both matched to residencies with their partners, also Weill Cornell Medicine medical students. For Cope and his fiancée Monica Jeong, the next phase of their medical careers will begin at the University of California, Los Angeles. Maston and his girlfriend Nikkan Das — who first met during their studies at Weill Cornell Medicine — will continue their education together at UNC Hospitals at the University of North Carolina.

"I don't know anyone in North Carolina," said Maston, a native of Colorado. "But I'll have her, and that's all that matters." 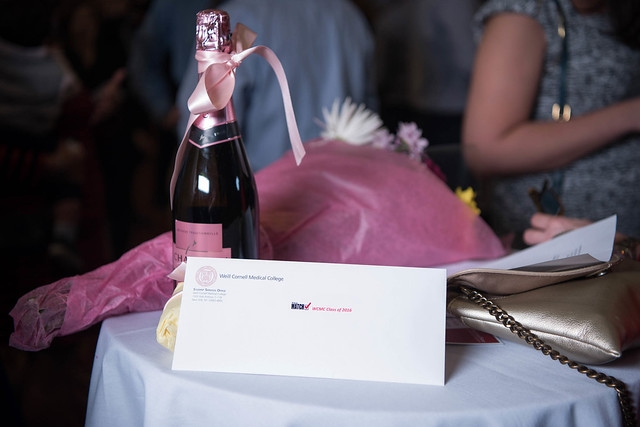