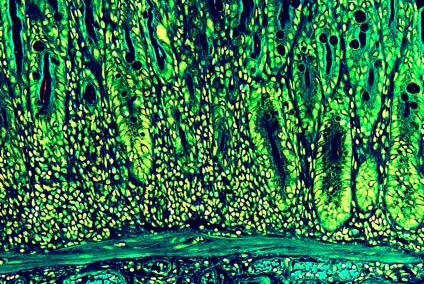 An investigative therapy given to mice blocks the overactive immune responses that are a hallmark of inflammatory bowel disease without impairing the body's ability to fight infection, an international research team led by Weill Cornell Medicine investigators finds in a new study. The preclinical discovery may lead to more effective treatment strategies for IBD.

The prevailing scientific view of IBD — a chronic, debilitating inflammatory disorder of the digestive tract that affects an estimated 3.5 million individuals worldwide — is an over-reactive immune system attacking the normally beneficial bacteria that colonize the intestines. Treatments for the condition have been hampered by the challenge of stopping this aberrant immune response without hindering the immune system from protecting against harmful pathogens.

To get around this conundrum, investigators used an innovative therapeutic approach to block the production of an inflammation-promoting molecule in mice, while leaving key protective immune factors intact. In their study, published Feb. 15 in Nature Medicine, the investigators found that this approach effectively prevented inflammatory immune responses without making the mice more susceptible to infection. The results suggest that the drug may be effective in people. 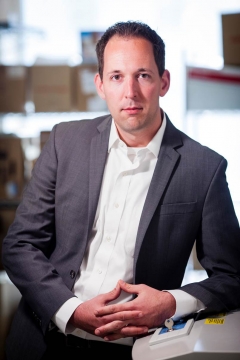 "We really are excited by these new findings as they suggest that this therapeutic approach could be a safe and effective way to treat chronic intestinal inflammation," said senior author Dr. Gregory F. Sonnenberg, an assistant professor of microbiology and immunology in medicine and a member of the Jill Roberts Institute for Research in Inflammatory Bowel Disease at Weill Cornell Medicine.

The pro-inflammatory molecule, called IL-17, has emerged as a target for treating IBD, but clinical trials that tested blocking it with antibodies have failed. Some patients became sicker or more susceptible to opportunistic infections by fungi in the intestine, Dr. Sonnenberg said. IL-17 is produced by both white blood cells called T cells and a recently discovered class of immune cells that play a role in the immune system's surveillance of infection and in tissue repair, known as innate lymphoid cells (ILCs). Some researchers believe that blocking IL-17 not only switches off the body's attack on its own cells, but also impedes the ability of ILCs to defend against new infections or promote tissue repair.

But scientists from Weill Cornell Medicine, the Children's Hospital of Philadelphia and the United Kingdom-based University of Birmingham and Babraham Institute, tried a different approach: Using both small-molecule compounds and genetic approaches, they targeted a molecule that regulates production of IL-17 in mice, called ROR gamma-t. The investigators found that inhibition of ROR gamma-t effectively prevented inflammatory immune responses without making the mice more susceptible to infection.

"The surprising finding we made was that temporary inhibition of ROR gamma-t did not impact the function of ILCs," said lead author Dr. David Withers, a Wellcome Trust Research Fellow at the University of Birmingham. "This effectively allowed us to limit the T cell responses that are promoting chronic intestinal inflammation, while preserving the protective ILC responses that mediate tissue repair and early protection from infections."

To test if this approach could selectively inhibit pro-inflammatory T cells in human cells, the researchers applied similar approaches to immune system cells taken from intestinal biopsies of pediatric patients diagnosed with Crohn's disease, one of the major forms of IBD. Similar to their observations in mice, the investigators found a reduction in the human T cells that make pro-inflammatory molecules, and the ILCs remained intact.

"There are a number of important questions remaining here that need to be addressed prior to taking these findings forward, such as developing innovative small-molecule compounds and further understanding what is maintaining ILC responses in the absence of ROR gamma-t," Dr. Sonnenberg said. "However, these findings suggest that small molecules that inhibit ROR gamma-t may be an attractive approach for therapeutically treating inflammatory bowel disease, as well as multiple other chronic inflammatory disorders."