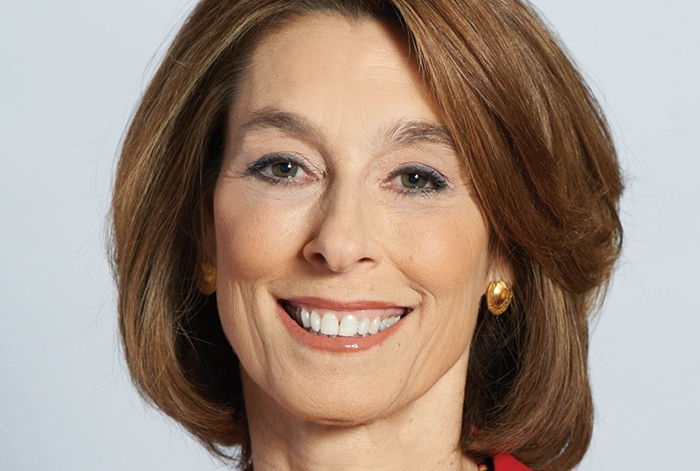 Dr. Laurie H. Glimcher, Cornell's provost for medical affairs and the Stephen and Suzanne Weiss Dean of the Medical College at Weill Cornell Medicine, has been named president and chief executive officer of the Dana-Farber Cancer Institute in Boston. She will assume her new position when her term as dean ends in December 2016.

"In addition to my and Beth Garrett's sincere congratulations, Laurie has earned Cornell's deepest appreciation for her many contributions to Weill Cornell Medicine and the university," said Acting President Michael Kotlikoff. "She has provided superlative leadership, and her vision and commitment to excellence have advanced Cornell's reputation in many areas, including clinical care, education, research, outreach and global health. I wish Laurie well as she returns to Boston, where she has spent so much of her personal and professional life."

Glimcher, who also is a professor of medicine, came to Cornell in January 2012 from the Harvard School of Public Health, where she directed the Division of Biological Sciences, and Harvard Medical School, where she headed one of the top immunology programs in the world. In her new role, she will be a professor of medicine at Harvard Medical School.

Under Glimcher's leadership, Weill Cornell Medicine opened the Belfer Research Building in 2014. The 18-story, $650 million building nearly doubled the college's research space. The facility houses bench-to-bedside research targeting some of the most formidable health challenges of the 21st century and is home to several new institutes, including the Meyer Cancer Center, the Englander Institute for Precision Medicine, the Feil Family Brain and Mind Research Institute, the Drukier Institute for Children's Health, the Weill Center for Metabolic Health, the Appel Alzheimer's Disease Research Institute, and the Roberts Institute for Research in Inflammatory Bowel Disease.

In addition, Weill Cornell Medicine Physicians has emerged as the largest and most successful clinical services program in the tri-state area, with significant additional growth projected to meet the needs of patients. Recently more than 40 medical practices in Manhattan, Queens and Brooklyn were added to the network of physicians. The college also recruited numerous top-quality clinicians and basic, translational and clinical researchers.

In fall 2014 the college unveiled a new curriculum that exposes students to patient care from their first day of school. This program, during which teams of students follow a panel of patients with chronic illnesses for all four years of their medical education, illuminates health care delivery as well as the physical, social and psychological effects of disease to impart the value of treating patients holistically.

"Under Laurie's leadership Weill Cornell Medicine has seen extraordinary clinical growth, pioneering research advances and a new vision of medical education," said Robert S. Harrison, chairman of the Cornell University Board of Trustees. "The leadership, faculty and staff will continue to move the college forward strategically and sustain its momentum in meeting its mission of providing stellar patient care, discovering new treatments and educating future physicians."

Said Glimcher: "I am so proud of all we have accomplished at Weill Cornell Medicine. We have transformed the way that medical research is conducted, by putting patients at the center of everything we do and finding innovative ways to speed the translation of laboratory discoveries to the clinic. While I am excited about returning home to Boston and the opportunities at Dana-Farber, I will dearly miss the faculty, staff and students at this great institution and look forward to hearing about all of Weill Cornell Medicine's future successes."

This story first appeared in the Cornell Chronicle.