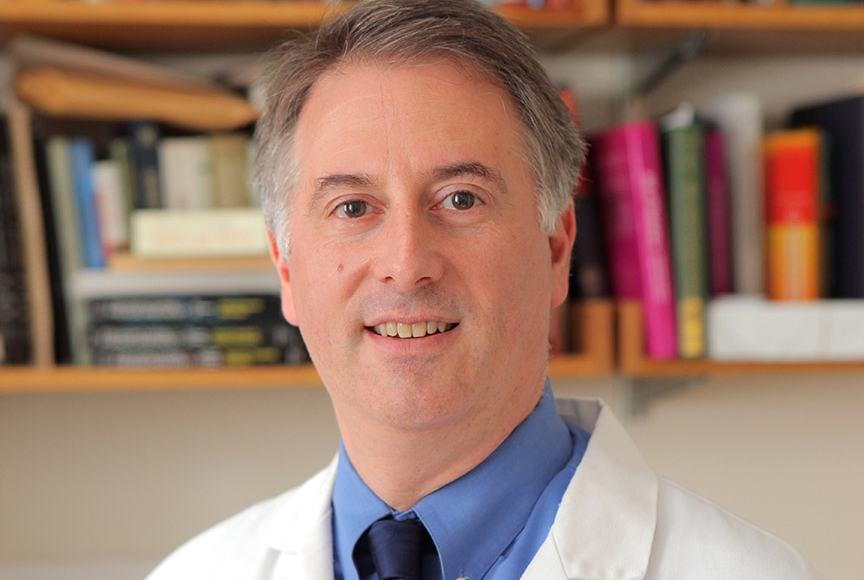 Terminology used to describe patients with severe brain injury who are unresponsive to the world around them is overly broad and overlooks a subgroup of patients who have consciousness that is imperceptible at the bedside, according to a new editorial by a Weill Cornell Medicine physician. The term "cognitive motor dissociation," or CMD, better describes these patients, he argues, who cannot purposefully move but demonstrate brain activity associated with intentional thinking and remembering.

In CMD patients, brain activity occurs in response to being given a command to imagine a task — for example, "imagine yourself playing tennis," Dr. Nicholas Schiff writes in the Oct. 19 issue of JAMA Neurology. Yet they are often mistakenly characterized as being in a vegetative state, lacking both motor and cognitive function.

"Having this new terminology helps doctors to identify and actively look for these patients," said Dr. Schiff, the Jerold B. Katz Professor of Neurology and Neuroscience and a professor of neurology, of neuroscience and of medical ethics in medicine in the Feil Family Brain and Mind Research Institute at Weill Cornell Medicine. "It also creates an urgency to treat and identify ways to help these individuals."

Dr. Schiff's editorial was in response to a paper published in the same issue of JAMA Neurology that found this type of brain activity in a patient previously mistaken for being in a vegetative state. Researchers observed specific areas of the brain needed to imagine a task light up on sophisticated brain imaging scans in this patient. They noted that no accurate term currently exists to describe this sort of brain injury.

While some people in a vegetative state may have very limited brain function, the idea of these patients having the ability "to listen, reason, organize and imagine a task is inconsistent with being vegetative," Dr. Schiff said.

Another term, minimally conscious state, may also not apply to CMD patients, Dr. Schiff noted. In this state, people can have some motor function, but most such patients also do not demonstrate brain activity on imaging when asked to imagine a task.

"It's also not appropriate to call these CMD patients 'locked in,'" added Dr. Schiff, referring to patients who have completely normal cognitive function but have very limited or no motor response. Still, people with CMD are probably closer to a locked-in state than they are to a minimally conscious state, he explained. Establishing the locked-in diagnosis requires a method of two-way communication with the patient.

Ultimately, "we need aggressive scientific research to figure out the precise level of consciousness in these individuals and to develop new treatments," Dr. Schiff said. He and his colleagues at Weill Cornell Medicine are in the planning stages to develop studies that investigate how systems that enable patients to use their brainwaves to control a computer or other device — called computer-brain interfaces — could help those with CMD to initiate and respond to communication.

Two prior studies of about 50 patients, one of which was conducted at Weill Cornell Medicine, found that 10 percent could be described as having CMD, Dr. Schiff said. Moreover, the patients who have CMD tend to be young, about 20 to 25 years old, because this age group is more likely to sustain traumatic brain injuries. Finding ways to help these patients "is an ethical and urgent issue," he said.