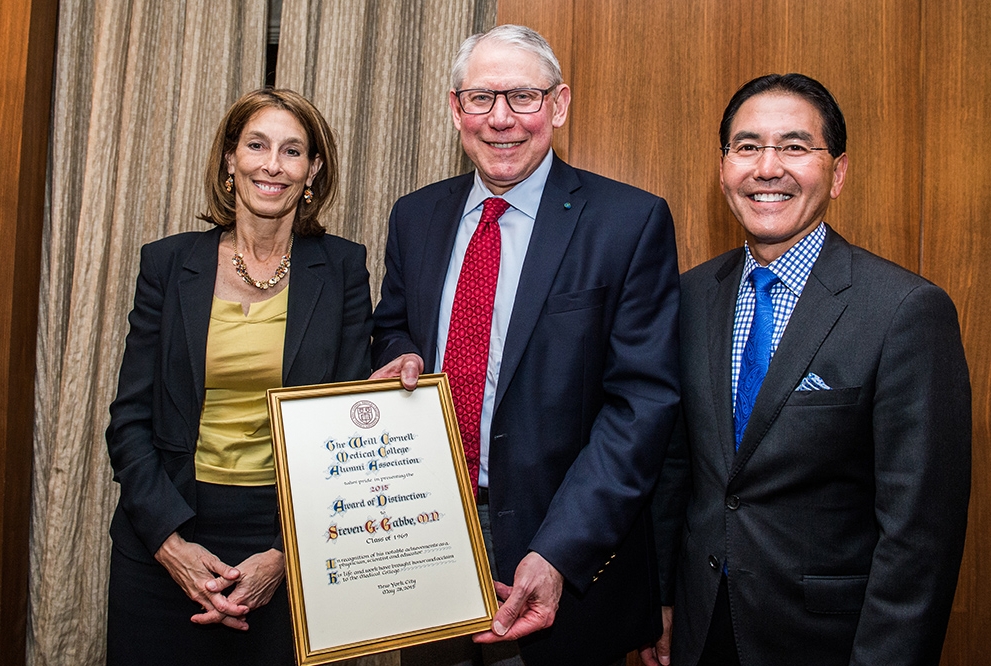 Established in 1949, the annual accolade recognizes a Weill Cornell alum who has demonstrated outstanding achievement in research, education or patient care, and has brought acclaim to the medical college. Dr. Gabbe received the award at the Alumni Award of Distinction dinner on May 27.

"It was an incredibly meaningful surprise winning this award, especially when I think of all the Weill Cornell alums that I've known and worked with over the years who are so accomplished and have done so much," said Dr. Gabbe, who is also a professor of obstetrics and gynecology at Ohio State University.

Dr. Gabbe is one of the world's leading experts on the complications of diabetes and pregnancy. He has helped define the glucose treatment protocols for pregnant women with type 1 diabetes. He was also involved in an international study funded by the National Institutes of Health that led to new diagnostic criteria for gestational diabetes. The study was devoted to defining the criteria for fetal risk associated with maternal glucose levels and pregnancy.