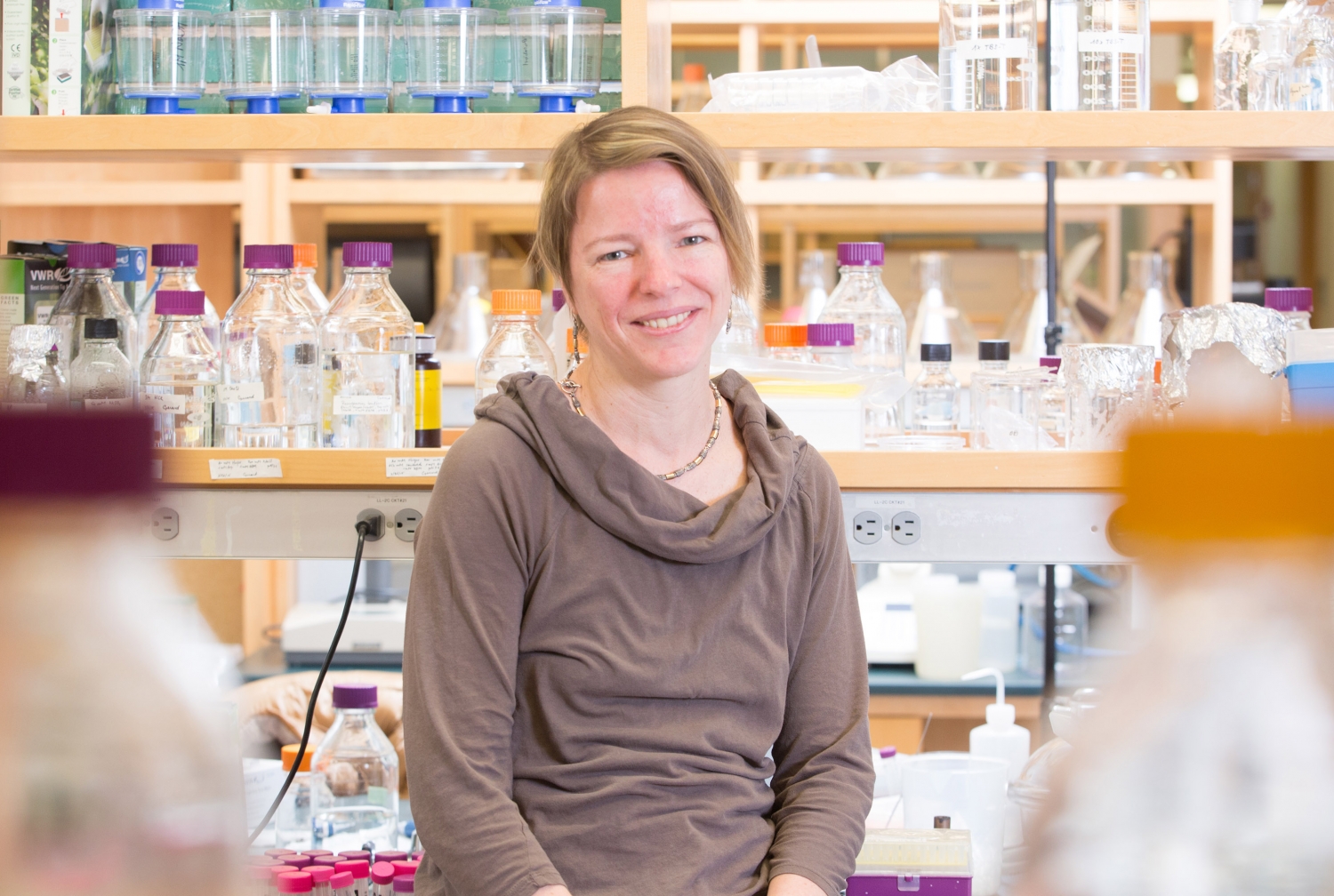 Dr. Olga Boudker, an associate professor of physiology and biophysics at Weill Cornell Medical College, has been named a Howard Hughes Medical Institute Investigator, a prestigious honor that comes with unrestricted, flexible and long-term research support. Dr. Boudker's research in the Department of Physiology and Biophysics focuses on how glutamate pumps, which play an important role in brain function, work on the molecular level. This research will help researchers develop new therapies to treat patients with brain disease and injury.

The Howard Hughes Medical Institute (HHMI) is a science philanthropy that commits more than $600 million annually to support top biomedical researchers from across the country that it believes can make significant contributions to science. This year, Dr. Boudker was one of just 26 scientists to be awarded the HHMI Investigator designation out of a pool of about 900 applicants.

"This award means so much to me, and I'm incredibly humbled to receive it," Dr. Boudker said. "It is recognition of my work, and comes with an enormous amount of freedom, but also with increased pressure and a lot more responsibility."

Dr. Boudker's work in structural biology began with a drive to understand how brain cells communicate with each other in everyday processes like memory, cognition and thought. An important component of that communication between brain cells is a molecule called glutamate, a neurotransmitter that must be passed from one cell to another when they "talk." Glutamate is one of the most common chemicals found throughout the human body and in all human cells, but if it is allowed to flow unchecked between brain cells, it disrupts their communications and can lead to serious problems including seizures and neuropathic pain. In cases where there's been a brain injury or disease, like stroke, the leftover glutamate that spills throughout the region is what continues to kill off brain cells and spread trauma.

In order for glutamate to be swiftly removed from the space between cells before toxicity occurs, glutamate pumps have to do that heavy and continuous lifting. Dr. Boudker, a third-generation scientist, has dedicated the last 14 years of her work — including a decade at Weill Cornell — to understanding these molecular pumps.

"To put this in scale, a human is 10 million folds smaller than the Earth. In contrast, glutamate pumps are 100 million times smaller than a human," said Dr. Boudker. "They're like tiny — and immensely important — creatures on a huge planet."

And these tiny pumps are unfortunately not as yet amenable to being studied at the atomic level, Dr. Boudker said. So instead, she and her team studied an analogous pump from a bacterium that normally lives in hydrothermic vents deep within the Sea of Japan at 100 degrees Celsius, but is architecturally and functionally very similar to the pumps in the human brain.

What they found, Dr. Boudker said, is remarkable and represents a major scientific breakthrough. She likens the glutamate pump to an ancient hoist powered by a watermill at the bottom of a hill. In the molecular world, ions, such as sodium, flow from the outside to the inside of the cell like water flowing downhill and power uptake of glutamate into the cell, which is like the ore that's being pulled from the mine. This process of glutamate transport can best be explained, again, by a new comparison, this time to an elevator system. This elevator sits on the surface of the cell and has two stops, one on the outside and the other on the inside. On the outside, the doors open, and glutamate and sodium pour into the cabin. Once the cabins moves across the cell surface, the molecules are let back out into the cell interior. Dr. Boudker and her team obtained atomic resolution snapshots of these movements using X-ray crystallography.

When Dr. Boudker presented these findings at a research conference in 2009 and showed a video that displayed this mechanism of membrane transport, the audience took a collective, audible breath, a sure sign of their surprise and wonder, she recalled.

"Seeing how that process works is really stunning," Dr. Boudker said. "Previously, no one ever realized that proteins could work this way. Our finding went against the existing paradigm and altered the way we view such molecular machines."

In partnership with Dr. Scott Blanchard, an associate professor of physiology and biophysics at Weill Cornell, the team was able to visualize these cabin movements in real time using fluorescent techniques. This discovery — understanding how the glutamate pump works and watching one molecule at a time move from the outside to the inside of the cell surface — has been the most memorable work she's done to date.

Dr. Boudker and her team are now exploring how these pumps can be tweaked to make them work faster. If pharmacological agents could be discovered that improve how glutamate pumps work, they might help patients after they've had a stroke or traumatic brain injury to minimize secondary damage.

But the crux of her work is still centered on the basic science, she said, and not the clinical ramifications. The way she sees it, biomedical science is akin to an apple tree: While the fruit represents patient-centered treatments, deep underground the root system — a support structure that allows the tree to flourish and fruit to grow — is the fundamental science where she focuses her energy.

With this new designation in hand, Dr. Boudker said, "I'm ready to get back into the lab."