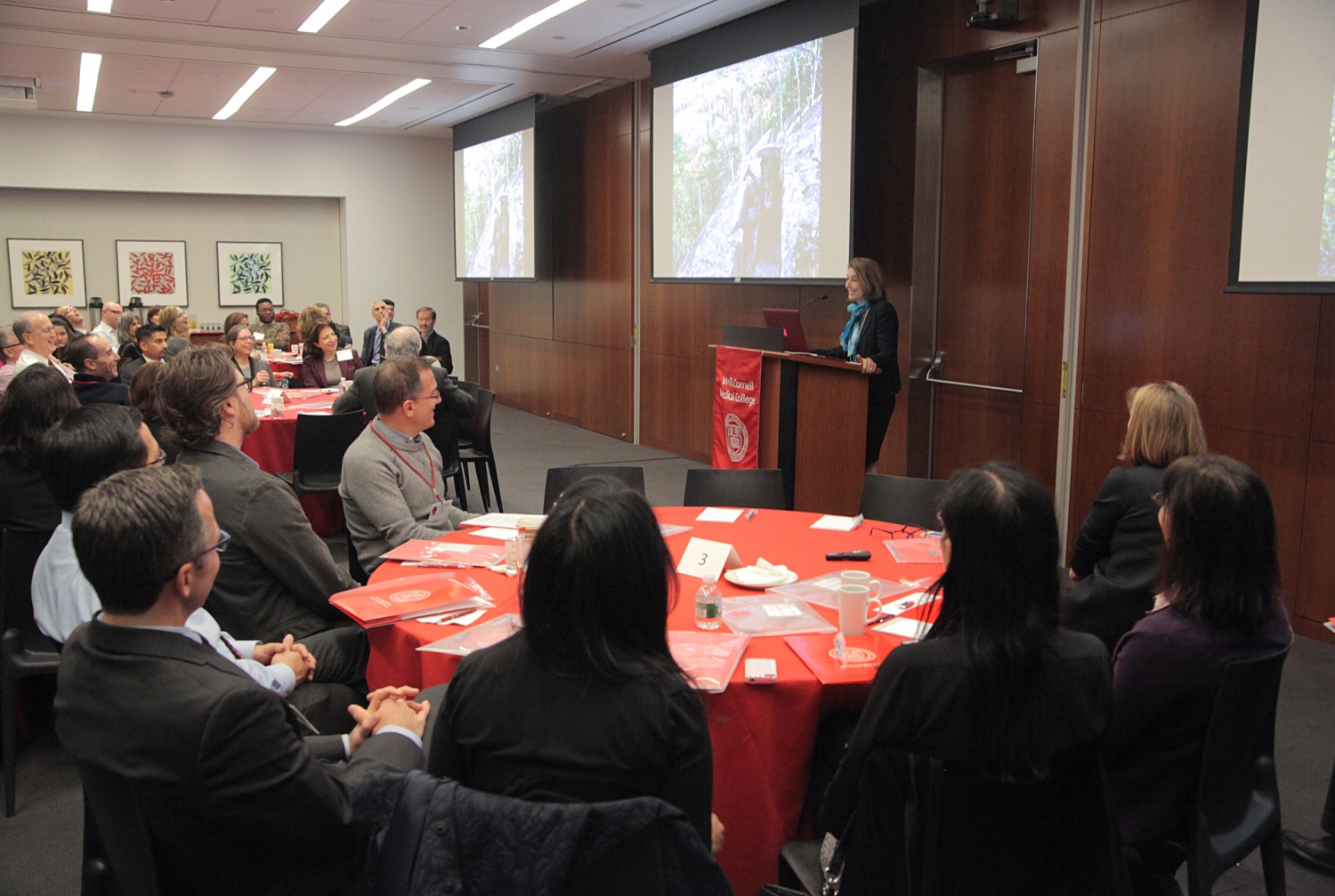 Dr. Laurie H. Glimcher discusses why social media is so important for physicians and scientists during the Office of External Affairs' inaugural Social Media Summit on Nov. 5. All photos: Ira Fox

Dr. John Leonard’s adventure into the world of social media began with just three words on the micro-blogging platform Twitter: "On. Seatbelt fastened."

Not three weeks ago, Dr. Leonard, an oncologist and director of the Joint Clinical Trials Office at Weill Cornell Medical College and NewYork-Presbyterian Hospital, had little experience with Twitter. He had never tweeted before, was overwhelmed by the perceived time commitment required for an active presence and wasn’t particularly inspired to start.

Then he attended the Weill Cornell Office of External Affairs’ inaugural Social Media Summit, which brought together 36 Weill Cornell faculty members on Nov. 5 to learn how to harness social media to amplify their scientific messages. Dr. Leonard learned about the value and challenges of Twitter from social media experts and from fellow faculty members who were already using it. It didn’t take him long to be convinced of the platform’s power. His opening line hit the Twitterverse 12 hours later, and in the two weeks since, he’s published 57 tweets and gained 139 followers.

"I have found it to be a fun, nice way to reach out to a reasonably broad audience," said Dr. Leonard, who is also associate dean for clinical research, the Richard T. Silver Distinguished Professor of Hematology and Medical Oncology and a professor of medicine at Weill Cornell. "It has connected me with colleagues and patients, helped to publicize our clinical and research programs, and allowed me to learn about ideas and activities of many others — within my field and from broad areas such as authors and artists."

Dr. Leonard exemplifies just why the Office of External Affairs hosted the summit: to better equip Weill Cornell’s physicians and scientists with the tools to share their expertise with the world at large and become leaders in communicating science on these burgeoning platforms.

"It is extremely important as physicians and scientists to be able to communicate with the public what we do, why we do it and why it’s essential," said Dr. Laurie H. Glimcher, the Stephen and Suzanne Weiss Dean of Weill Cornell Medical College. "Social media provides us with a valuable forum to further emphasize our scientific messages and showcase Weill Cornell’s reputation as a leader in biomedical research, clinical care and medical education."

The summit, hosted in the Belfer Research Building, assembled faculty members who epitomize a range of experience with social media. Those with greater expertise helped empower social media novices by sharing best practices and offering advice about how to use social media. Breakout sessions reinforced these themes, introducing attendees to various social media platforms, influential users on the sites, the content that is most relevant to social media, and how to create their own social media brand. They also learned why it’s important that physicians and scientists not only join, but also initiate conversation on social media.

"I like to think of Twitter as a 24-7 conference," said keynote speaker Dr. Karen James, a staff scientist at MDI Biological Laboratory in Bar Harbor, Maine, who shared her own experiences with social media. "The online constant chatter that you can have with people in your field who you may have met at a conference or are meeting for the first time on Twitter can be incredibly valuable." 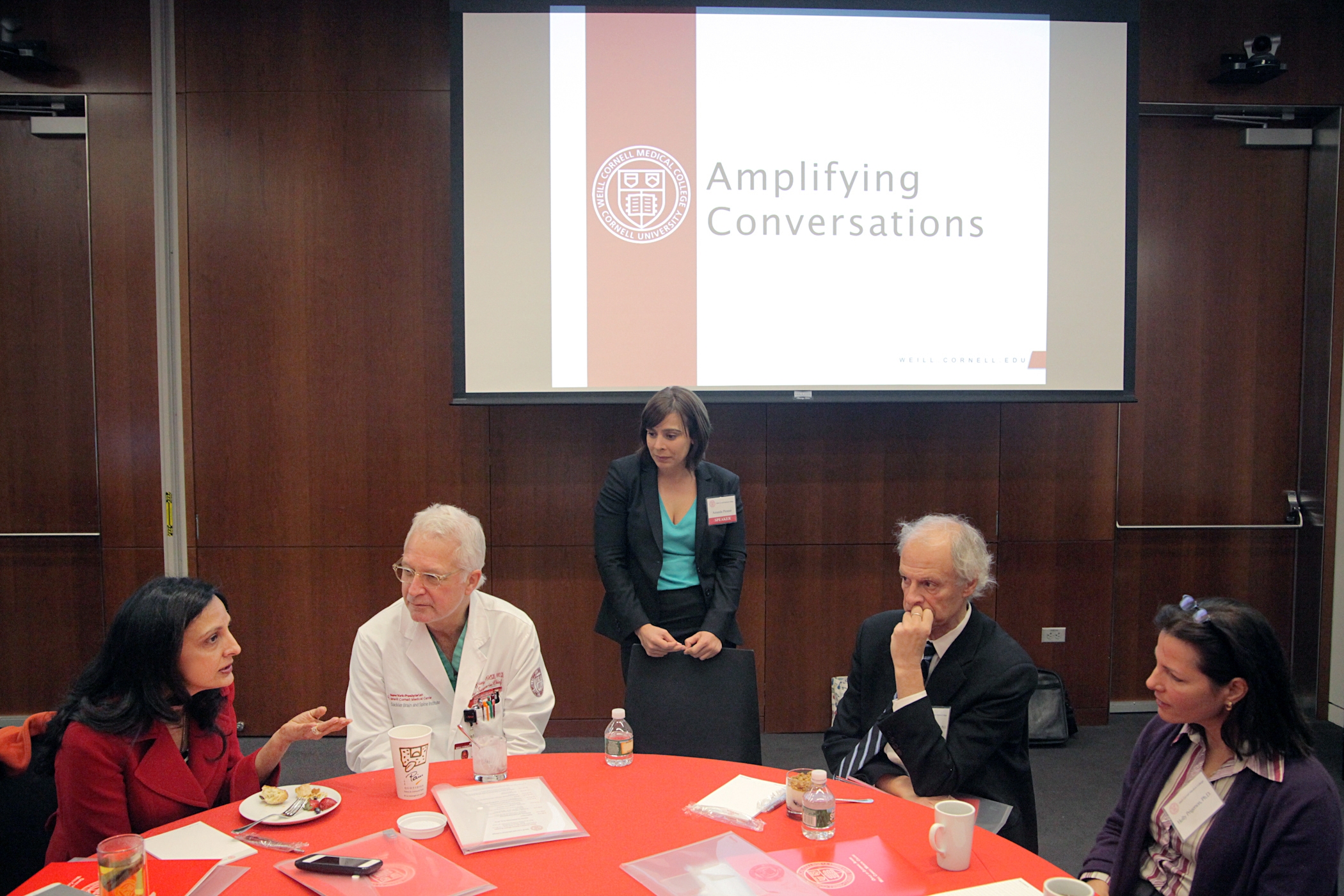 Dr. James recommended that faculty who enter the social media world have a strategy and specific goals in mind, but not to adhere to them too rigidly.

"The biggest social media successes are the ones that maybe weren’t planned," she said. "You can prepare yourself to be in the right place at the right time, but you can’t, I don’t think, actually make it happen in the way you imagined in the beginning how it was going to unfold."

That was the case for internist and healthcare policy researcher Dr. Tara Bishop. Around this time last year, the journal JAMA Psychiatry published a study she led that found that psychiatrists are significantly less likely than physicians in other specialties to accept Medicare and Medicaid, or even private insurance, as payment. She had been a casual observer on Twitter, never an active user, and was caught off guard when her study’s findings became widely discussed on social media.

"I felt like I lost out on an opportunity to interact with lay media, other researchers and psychiatrists who were talking about this quite a lot online," said Dr. Bishop, the Nanette Laitman Clinical Scholar in Public Health – Clinical Evaluation, an assistant professor of healthcare policy and research and of medicine. "I could have done a lot more had I been more involved with Twitter. At the beginning of this year, I made a concerted effort to capture that so I wouldn’t lose out on any more opportunities."

Not only has she amplified her and her colleagues’ scientific messages, capitalizing on conversations and trends on Twitter, but Dr. Bishop has also made connections with people that she would never have met otherwise.

"I think all of us who are researchers want to make sure the research that we are doing is relevant, that it matters to people and, in my case, impacts the way healthcare is delivered," Dr. Bishop said. "I think social media is a great way to touch audiences that are not necessarily going to read all of the scientific literature."

It’s also a stage to highlight clinical expertise as a way to attract patients, especially in a city where there are numerous healthcare options. While several Weill Cornell oncologists are already using social media, there currently isn’t a dedicated channel for the school’s Division of Hematology and Medical Oncology to publicize its patient care and research activities. That’s something its chief, Dr. David Nanus, has made a priority to change, encouraged by the Social Media Summit.

"If we want to let patients know about our great cancer program, we have to be putting ourselves out there," said Dr. Nanus, the Mark W. Pasmantier Professor of Hematology and Oncology in Medicine and a professor of medicine and of urology. 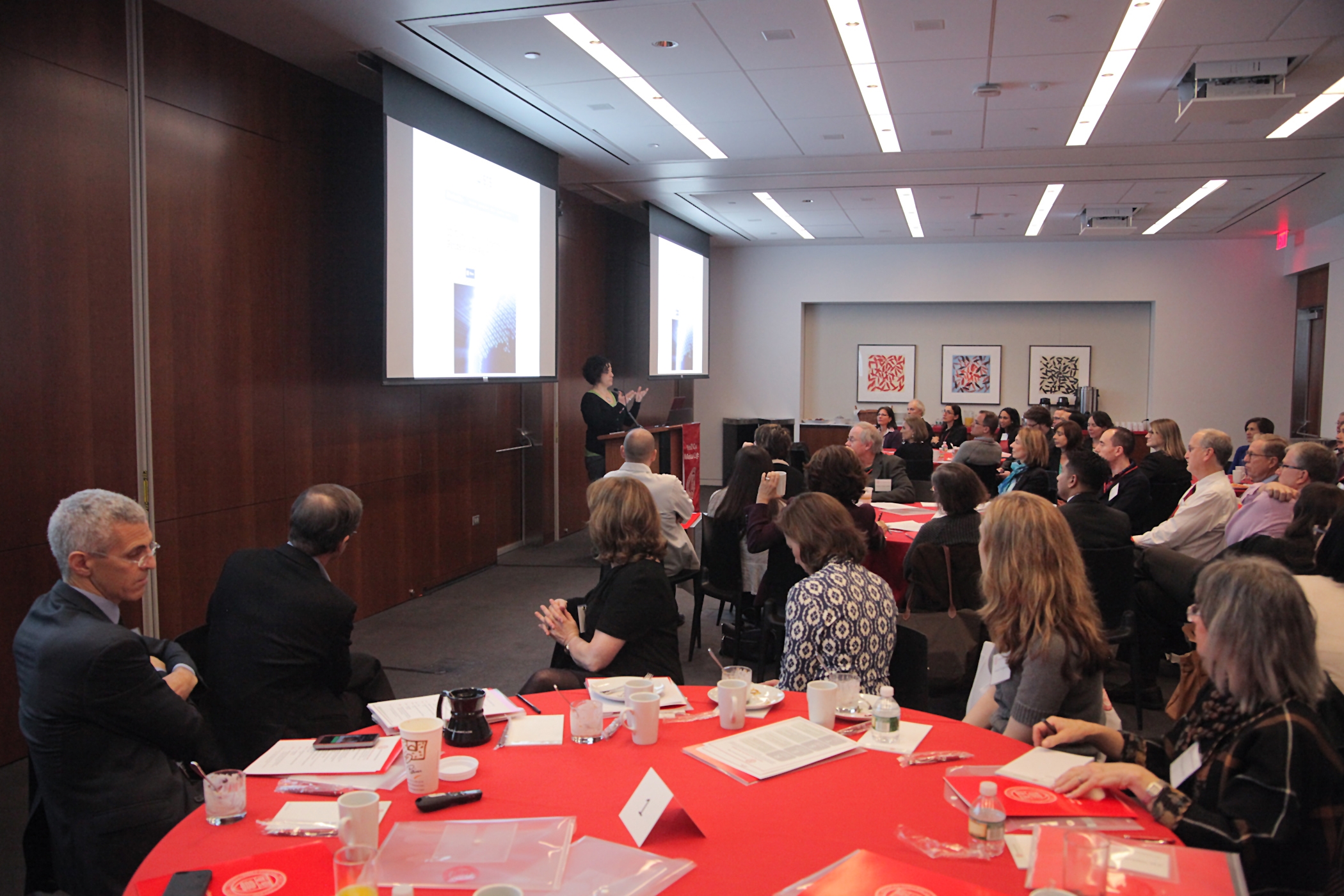 In the days following the summit, several faculty members opened social media accounts and became active users, while others have sought out one-on-one follow-up meetings with the Office of External Affairs to discuss social media strategies. External Affairs is committed to providing ways for the Weill Cornell community to share best social media practices and engage in more learning opportunities in the future.

Dr. Ellen Scherl had been intrigued by social media, but was not quite sure how to use it. With growing incidence of inflammatory bowel disease, engaging patients and stakeholders on social media is increasingly important, she said. She came to the summit, she said, to learn how to exploit the platforms and raise awareness.

"I think this is an unparalleled opportunity," said Dr. Scherl, the Jill Roberts Professor of Inflammatory Bowel Disease and a professor of clinical medicine at Weill Cornell, and director of the Jill Roberts Center for Inflammatory Bowel Disease at Weill Cornell and NewYork-Presbyterian Hospital. "Social media is the future of communication, and that’s why this conference was so critical."