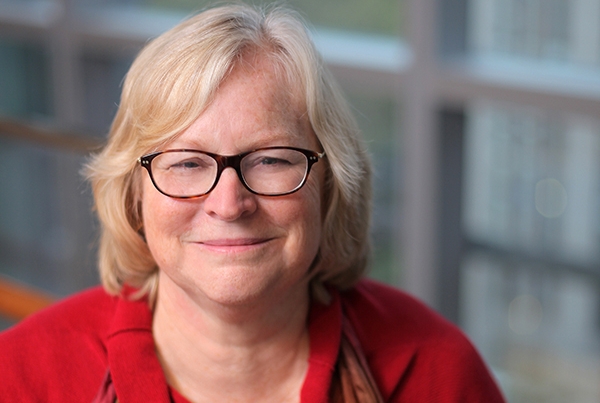 It is possible to recover from autism, say researchers from Weill Cornell Medical College and the University of Denver, who followed 85 children from the time they were diagnosed as toddlers until they were in their late teens.

Their study, reported online May 30 in the Journal of Child Psychology and Psychiatry, finds that 9 percent of the group improved to the point that they no longer met the diagnostic criteria for autism. Another 28 percent retained features of autism spectrum disorder (ASD), such as impaired social functioning, but were doing very well in several areas, particularly cognitive and academic functioning, the researchers report. Many in both groups were enrolled in college.

"This rate of improvement is much higher than has been reported before, and that fact offers some very good news," says the study's senior investigator, Dr. Catherine Lord, founding director of the Center for Autism and the Developing Brain, a collaboration between Weill Cornell Medical College, NewYork-Presbyterian Hospital, and Columbia University College of Physicians and Surgeons.

The children who recovered from autism were not misdiagnosed with the disorder as toddlers, Dr. Lord says. At the time of their diagnoses, these children exhibited telltale ASD symptoms such as repetitive behaviors and social dysfunction.

The majority of the mostly male study population, however, did not substantially outgrow their symptoms over the 17 years scientists followed them. In fact, the researchers predicted, with 85 percent success, poorer outcome in this group when the 2-year-olds were first tested. The tests they used were based on cognitive tests, including nonverbal IQs. The most powerful predictor at age 2 for poor outcome was a nonverbal IQ score of less than 70, the researchers say.

"But there is good news in this group, as well: Even children who clearly have significant language disability can become more independent and can continue to make progress in their teens and as young adults if people give them the opportunity to do so," says Dr. Lord, who is also the DeWitt Wallace Senior Scholar and a professor of psychology in psychiatry and in pediatrics at Weill Cornell.

Although the study was not designed to look at interventions for the children & the majority of the young children received help but the treatment each child received varied — Dr. Lord said a mixture of intervention and family support and assistance was invaluable to them.

For example, she says that youths who outgrew their diagnosis were more likely to have participated in treatment, such as interventions to reduce social dysfunction, and had a greater reduction in repetitive behaviors between ages 2 and 3. Their IQs also increased dramatically during that year.

This suggests the "possibility of greater initial flexibility in brain development and receptivity to environmental stimuli in some children diagnosed with ASD, which then potentially accelerates cognitive growth and behavioral improvements over time," Dr. Lord says.

The study is the first to follow a large number of children from age 2 over two decades. Although diagnosis at that age is common today, it wasn't when her study began, Dr. Lord says. "The families included in this research are quite special, because they knew pretty early that something was wrong with their children, and they sought help and were willing to get involved."

They did the right thing, she adds.

"It is not a good idea for parents of very young children to wait and hope that signs of autism will just go away," she says. "Doing something for the child — getting a youngster involved in activities, starting treatments, beginning preschool or other social activities — seemed to be related to better outcomes in the children that we have followed."

The study provides a road map, of sorts, for following the path of young children diagnosed with ASD, Dr. Lord adds. "We can use our findings to monitor the trajectories of these children — how they are changing in cognitive skills, language, social skills, repetitive behavior, hyperactivity and so on," she says. "Then we can build on the success we see in each child, and perhaps suggest interventions for behaviors that have not improved. For example, we noted that children who did best were the kids that did not seem to be hyperactive — so this may be an area that can be targeted."

Dr. Lord has published about 40 research studies on these children to date.

"The children were so young when we met them. We have spent much time with them, and now we really want to know how they are doing out on their own, whether they were in college or not," she says.

This work was supported by grants from the National Institute of Mental Health (MH081873), the National Institute of Child Health and Human Development (U 19 HD 035482), and Autism Speaks. Dr. Lord was involved in the development of some of the instruments used in the research and receives royalty income from Western Psychological Services from the sale of those instruments